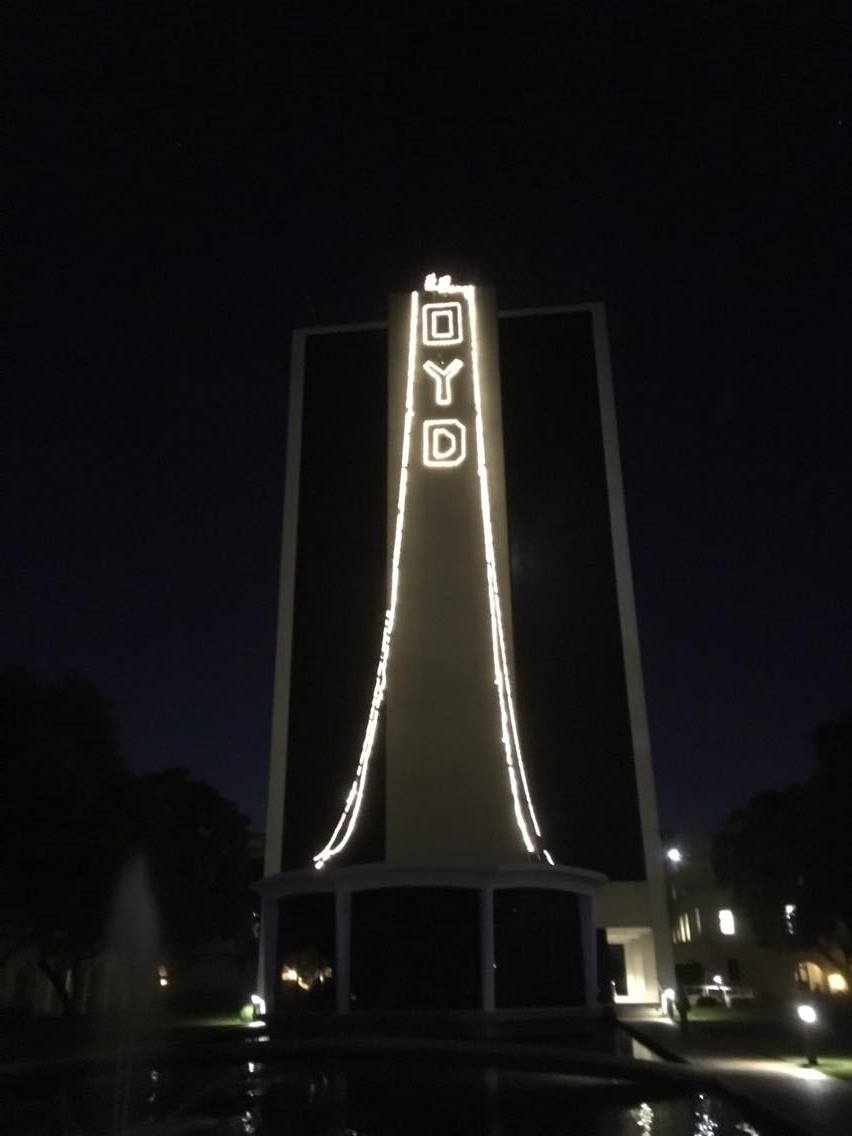 The other day, the campus woke up to find a couple of different pranks around campus. This was the day where Lloyd did their annual Christmas tree prank. This year, the tradition changed a little; instead of the usual tree, Lloyd instead spelled their name down the front of Millikan. It’s very bright during the night, and I know there was a lot of work put in by the Lloydies to create the new LED grids for the letters. The prank looks really good, because it’s so bright during the night.

The same night, a few students decided to prank Lloyd while they were busy. Overnight, they took the Lloyd gong and hung it up between the buildings Baxter and BBB, over Beckman lawn. As icing on the cake, they left a bucket of tennis balls next to it to invite people there for target practice. I tried throwing a few (quite a few actually) myself, but I have terrible aim. It was actually quite difficult to hit it because it was about 20ft off the ground; I felt like I was throwing the tennis balls straight up to be able to hit in. After a dozen balls, I still did manage to find the target: it made a nice ringing noise when hit, as if to announce there was a winner.