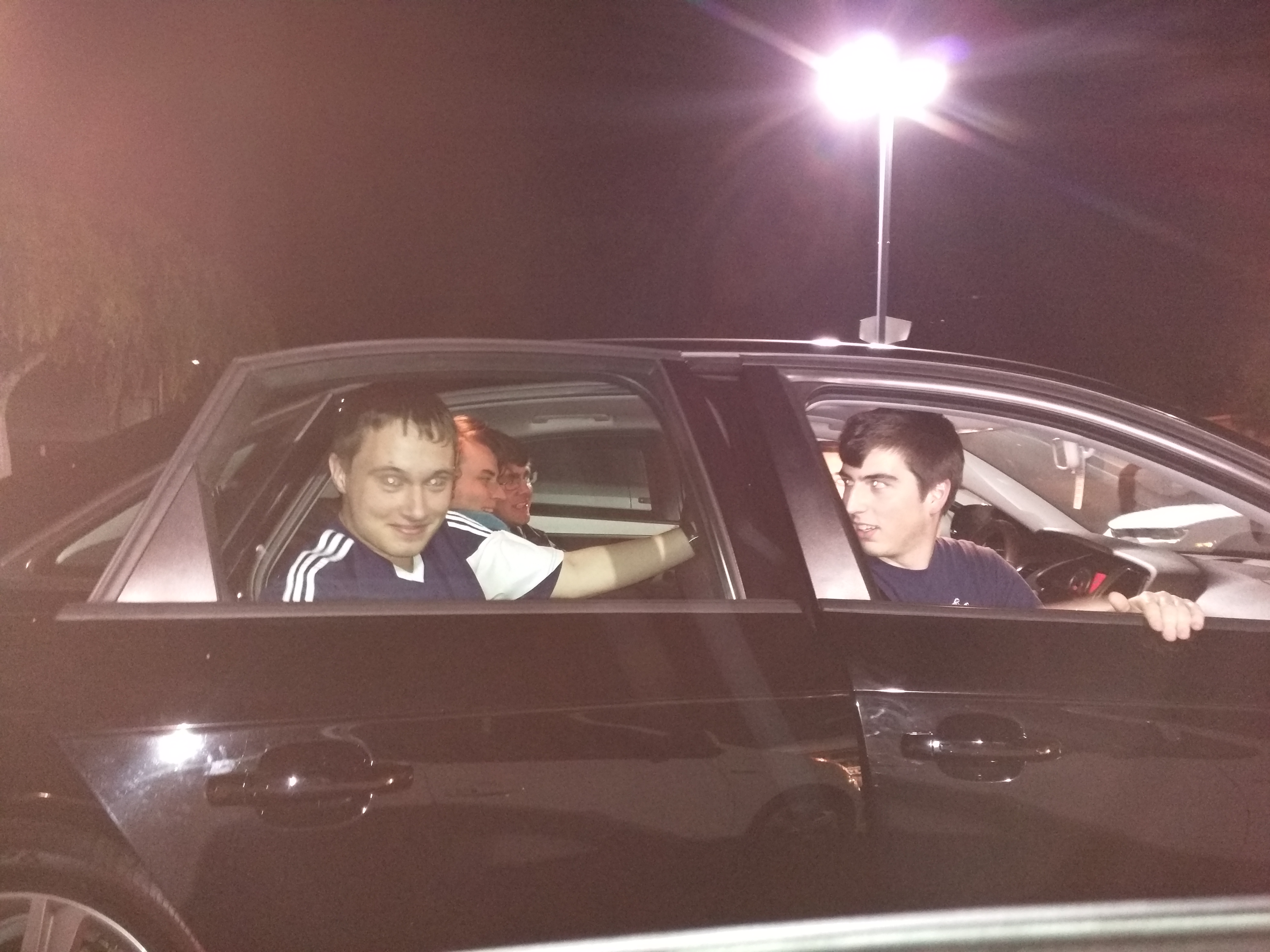 Two Tuesdays ago, to celebrate “the third week of the third term and us being the third alley both in number and alley rankings,” Alley 3 drove to Denny’s for Jim’s UCC office hours. It was our first major food outing since walking to The Counter first term, and once again, the promise of free food garnered a staggering 11 members of Alley 3 (past and present and then some), all of whom somehow squished into 2 cars. My neighbors Gregory and Julian weren’t too pleased with their seating arrangement:

We arrived at Denny’s around 11 p.m., and occupied ourselves with coloring, children’s fairytale quizzes, osu!, and picture taking whilst waiting for our foodstuffs to arrive.

Victor did a strange straw thing that he apparently does often:

And then the food came, and we ate. I had these berry pancakes, plus some hashbrowns, eggs, and bacon:

Outside bush causing the illusion of Fed eating leafy greens:

Just last week, we had another UCC office hours event, for which Jim cooked pasta for the alley. This event was right in one of Venerable’s kitchens, so we had around 11 members of Alley 3, plus some hungry passersby.

Fed trying to use knives as chopsticks:

The pasta was a nice post-dinner meal. Alley 3 second dinners are the best. Here’s to making fun and delicious things out of UCC office hours!