It was the week before third term finals and my friends and I decided that it would be a great idea to go camping for one night near Bishop, 270 miles away. With two people who can drive among the five of us. Great planning. However, since this was a school day and we all had sets to complete and class to attend, we had to leave late in the day around 4pm. We left at 6pm.

From when we left and for the next few hours our trip was pretty smooth sailing and uneventful. We drove through the San Gabriel mountains during the sunset and the views were astonishing. The sound of Forest by Takeshi Furukawa from The Last Guardian filled my ears as I looked out the window at the vast expanse before me.

After a few hours of driving we were on track to arrive at the campsite at 12am and we noticed the gas was getting low but decided that we could get gas in the morning, instead choosing to just drive to the campsite and sleep for the night. Our fatal mistake: we did not get gas.

It was pitch black outside and I could barely see anything save for the illuminated trees lining the road. We were struggling to find the campsite in the darkness and on top of that the amount of gas was steadily decreasing to dangerously low levels. We don’t know if we’d find the campsite or be able to make it to a gas station in the morning. So, we decided that against all reason we should go get gas now. At 12am. In a relatively low populated area. Clearly we are geniuses. I mean where were we going to find an open gas station at this time? But what better option do we have (ignoring the fact this could have all been resolved if we just went to the campsite and waited until morning to go get gas). At this point we’re all going crazy from lack of sleep and copious amounts of hours trapped in the small confines of a Prius. So now traveling with little to no gas we decide to check Tom’s Place, a small community with a fire station and some resorts, for gas stations. Surprise! There are none. NOTHING. At this point the car continues to incessantly beep at us, an unsettling reminder of our impending doom. So, with not enough gas to go back to the campsite (it was uphill) and no gas stations in our immediate vicinity we decided it is for the best to just find the nearest one and use the last of our gas to make it there. A very stressful four and a half miles later we pull up to the shell and guess what. It’s closed. I mean what else do you expect for pulling up around 12:30am. But any hope we had was crushed. We were on our last legs and about fifteen miles from the next gas station in Mammoth and thirty miles from the next gas station in bishop. As such, we make the logical decision to go to Mammoth because it’s closer. Keep in mind that while Mammoth is closer it’s uphill while the way to Bishop is downhill and it would have been infinitely more advantageous to go to Bishop.

Finally, we arrived in Mammoth and pulled up to the first gas station we saw. No gas. Ok…so we tried another one. No gas. Yet again, with hope in our eyes, we went to the last gas station near us. And would you look at that? There’s….still no gas. 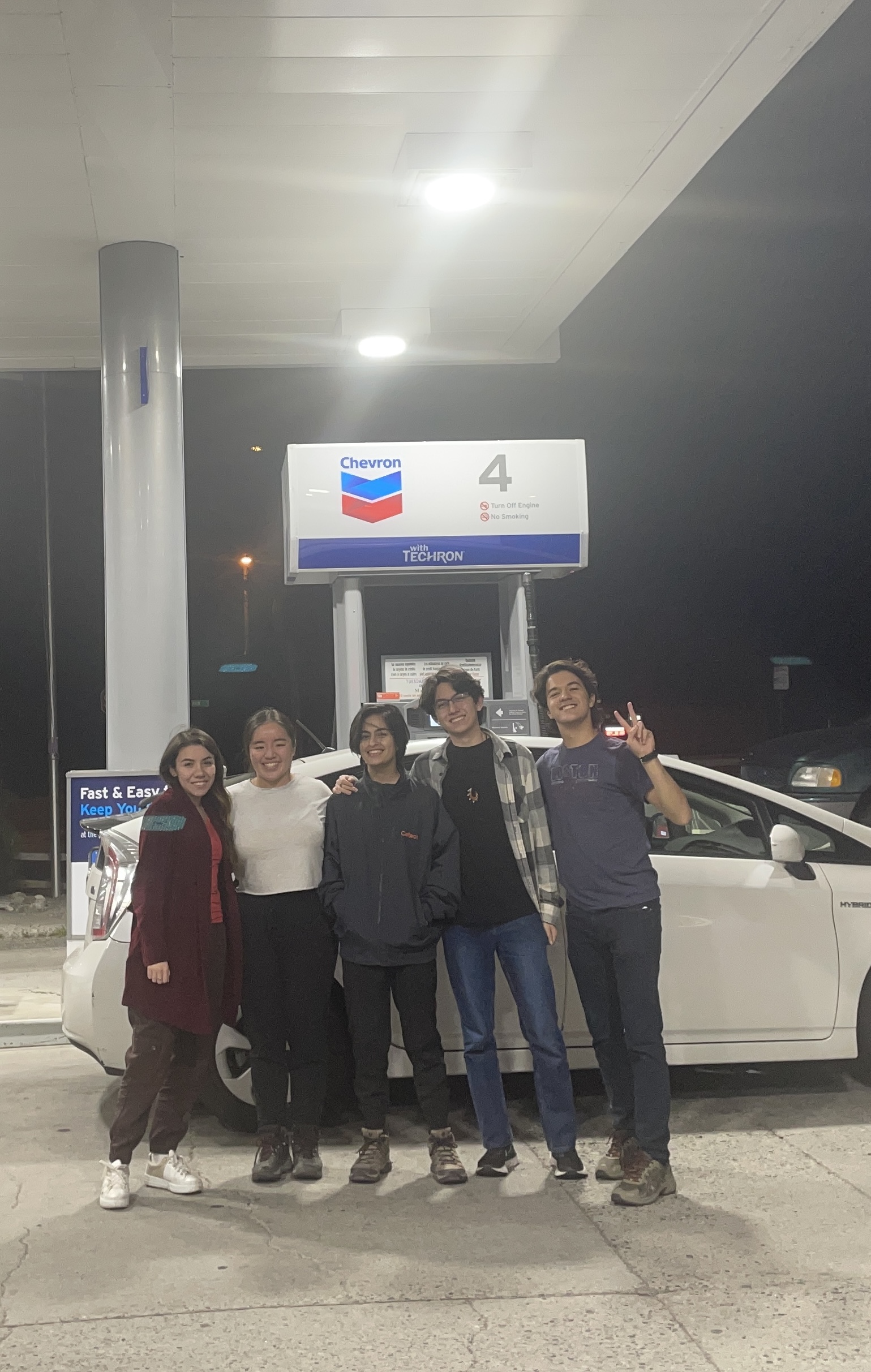 From left to right: Andrea, Sylvia, me, Makoa, and Juan in front of a chevron that was closed! Look at all that hope in our eyes, no idea how much pain and suffering was to come (from finals, not from a sleepless night with no gas obviously…).

We are running on ~15 miles of gas left according to the car’s calculations and our other option, Bishop, is 42 miles away. There is pretty much a negative percent chance we can make it. So after pondering our options (there are none) and making a few phone calls we decided to call AAA so they can bring us enough gas to drive to the campsite and get a full tank in the morning. AAA pulls through and says they were sending someone who would get there in about 30 mins, some guy named José. José our savior, the man who would give us gas and save us from our stupidity…but José never came.

An hour later we had no communication from AAA and José was delayed by more than half an hour. We had been sitting at this closed gas station for over an hour at this point and we’re all exhausted. It’s around 2:30am. Now, in a last ditch effort we call Sylvia’s dad who then claimed to have driven over 100 miles in this car with an empty tank. Well if that’s the case then we decided that driving to Bishop didn’t seem that unfeasible. Throwing caution to the wind, we got in the car and began making our way down the long path to Bishop, not knowing if the gas stations that claimed to be open will be open when we arrive. As we watched the miles go down we wondered how we would make it to Bishop on 15 miles of gas. But as we continued to transcend time and nature by traveling 2 miles for a single mile of gas the hope in our eyes reignited. Sylvia was becoming the world’s most efficient driver and nothing could stop us (except maybe, ya know, running out of gas). We were traveling at 10mph down the 395 highway. The clown music came on because, truly, we were the ultimate clown car. The forces of nature were our last hope, gravity our final companion. Next thing you know we hit our big break, a downward slope. Finally, gravity was our helping hand and by the end of the hill we were going 80mph. Against all odds (or rather against all our internal thoughts) we were almost at Bishop and had gained enough speed to make it all the way there.

We arrived in Bishop. It’s nearly 4am, the town is silent in the night and the streets are empty. We arrive at the “Arco” that google maps says is open, but there is no Arco. Our hearts sank, we didn’t know if the Speedway Express which had replaced it would be open or not but we had no other choice. We pull up to the gasoline pump, and try to get gas. Nothing happens, there is no gas pumping. Now in a situation like this what do you do? All your options have been exhausted, the best you can do is just wait in the gas station until morning. I thought we’d never get to the campsite and never get to sleep. So my next best option was to just feel depressed and sleep. That is, until I heard cheers next to me. I looked up and my eyes basically popped out of their sockets. Gas was flowing into the tank! I could barely believe my eyes. It was finally over.

After arriving and setting up at the campsite we were just in time for the sunrise. It was beautiful, all the chaos of the night was worth it to see the sunrise.

With no sleep (not a problem for us since we already had terrible sleep schedules) we went on a small hike and I got some really pretty pictures so I hope you enjoy them. 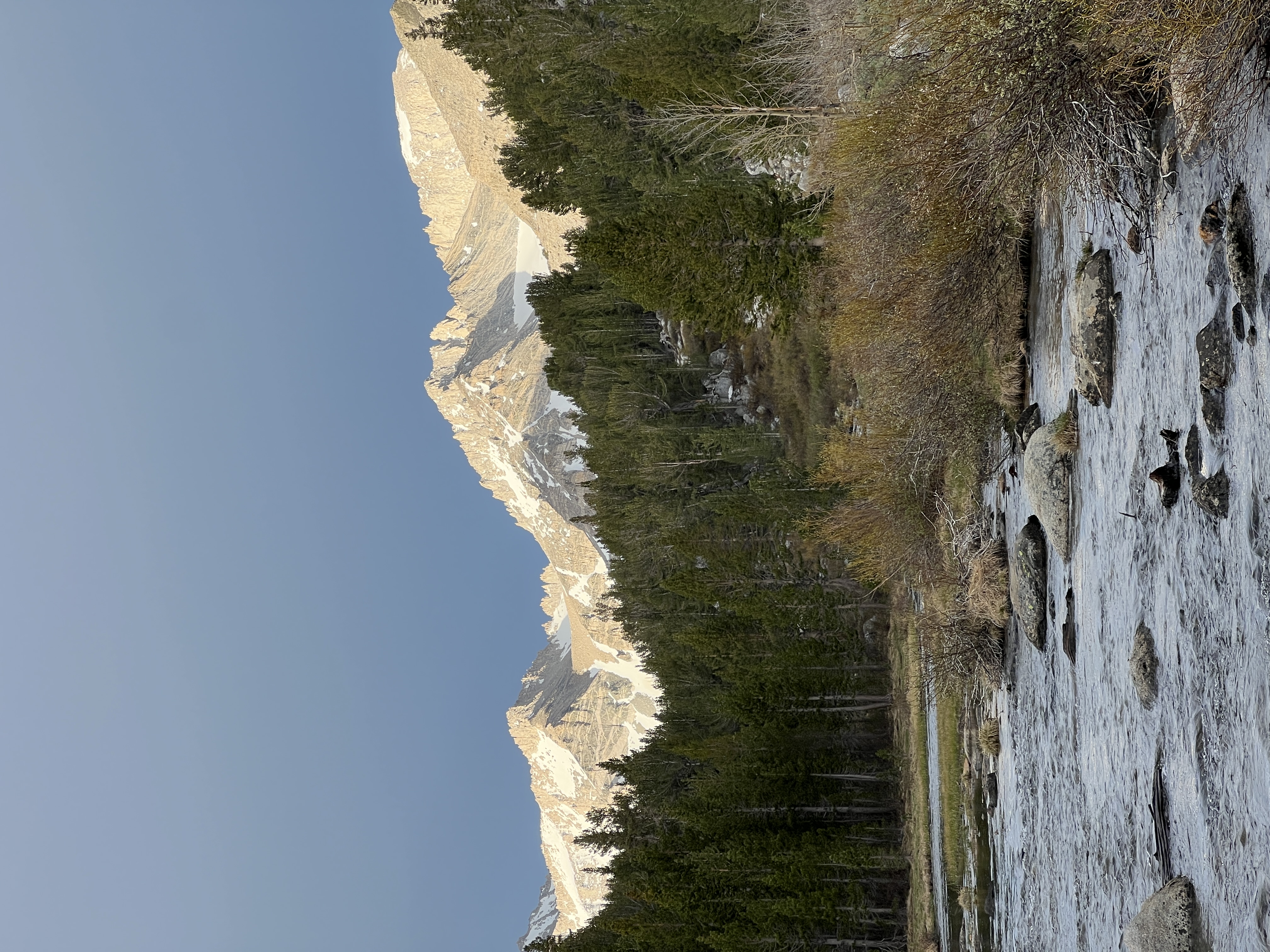 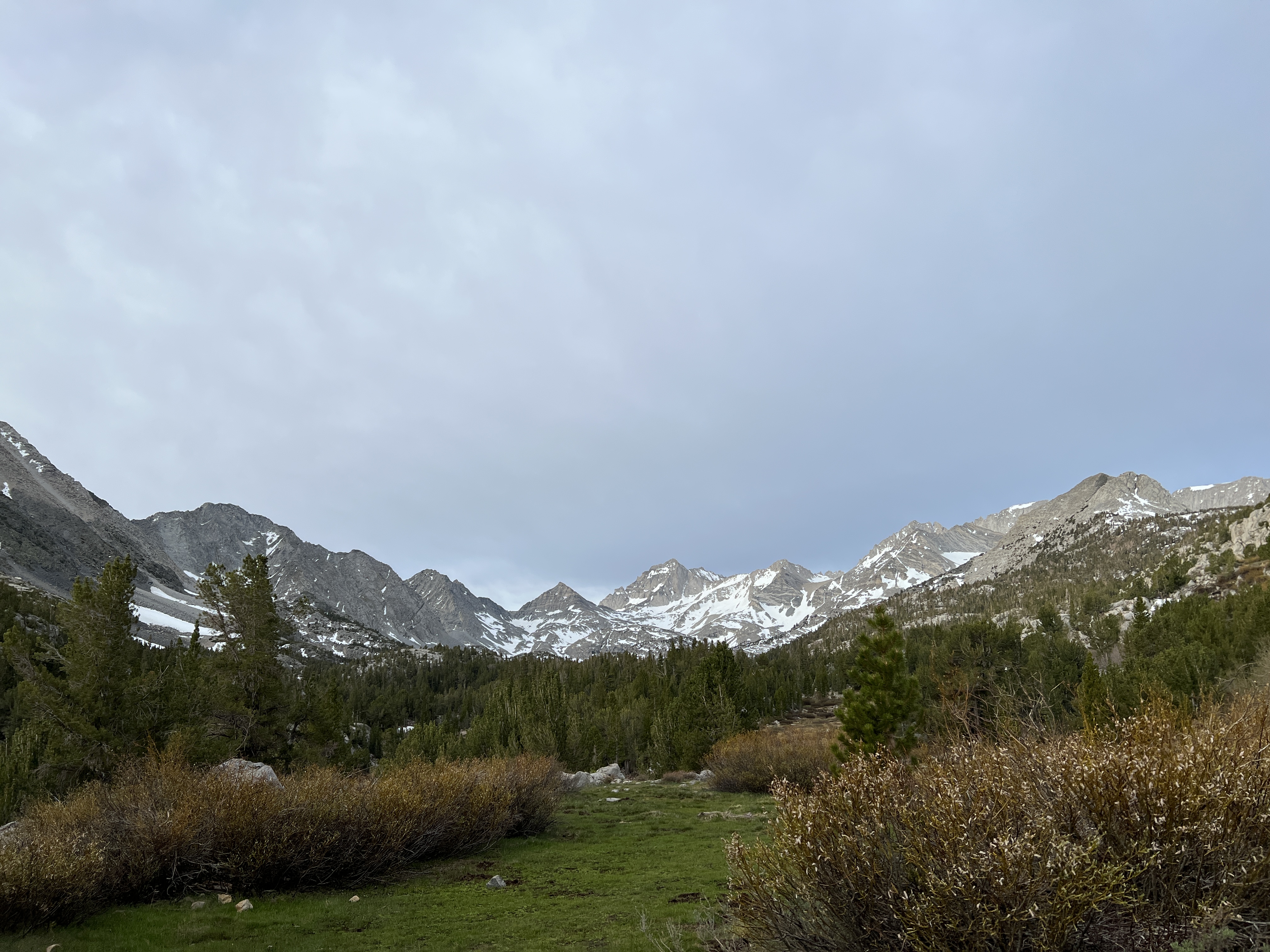 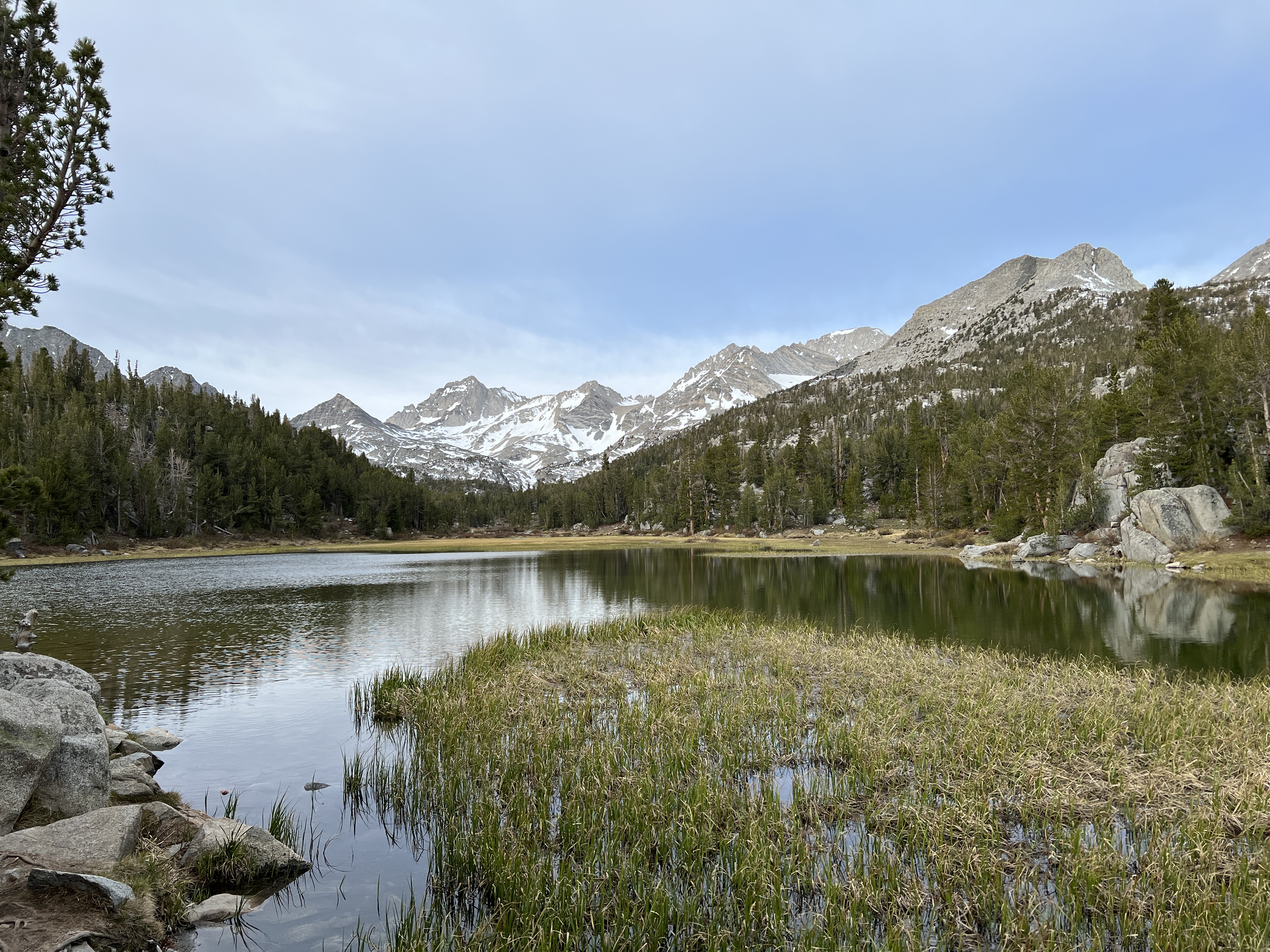 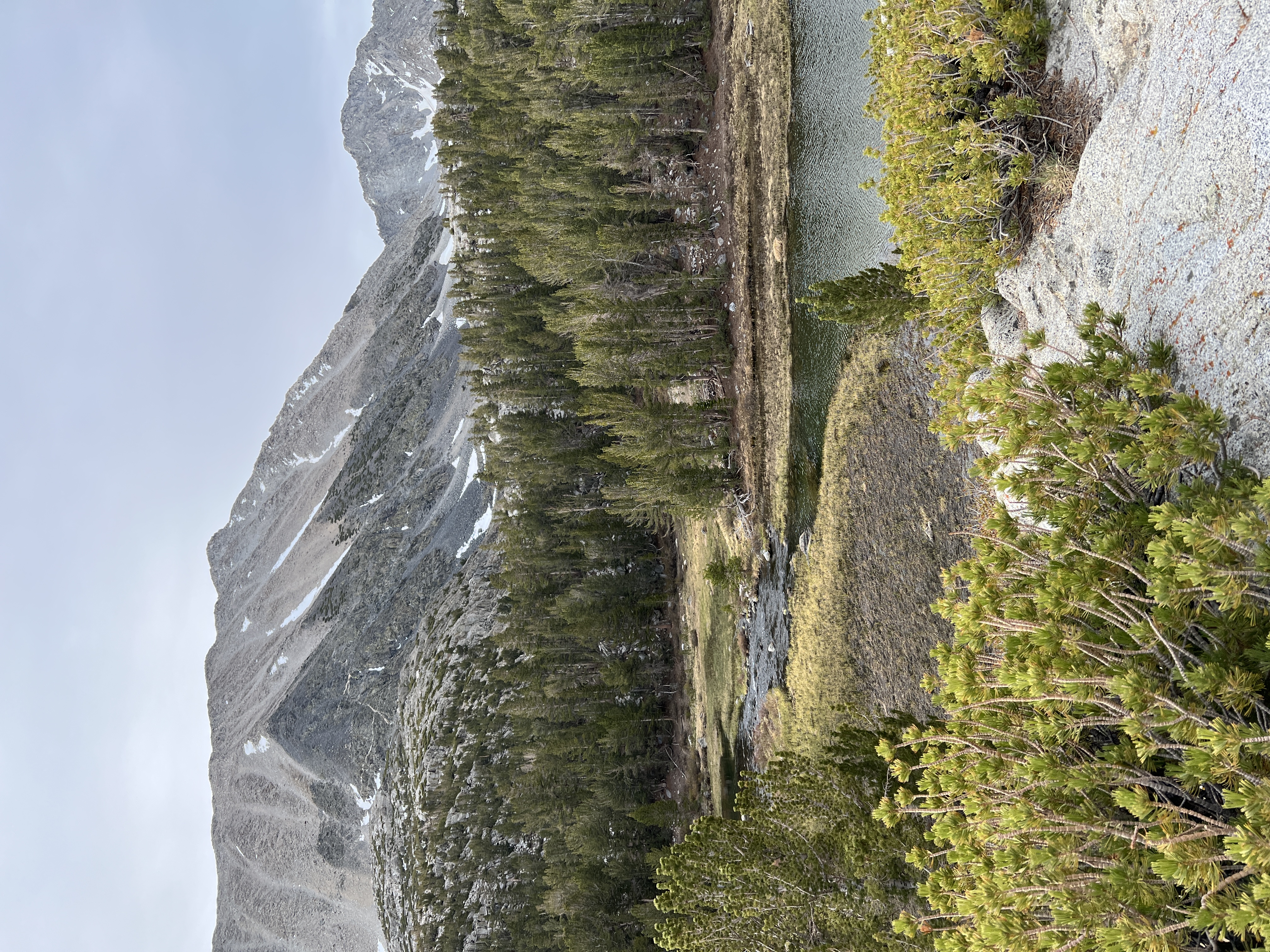 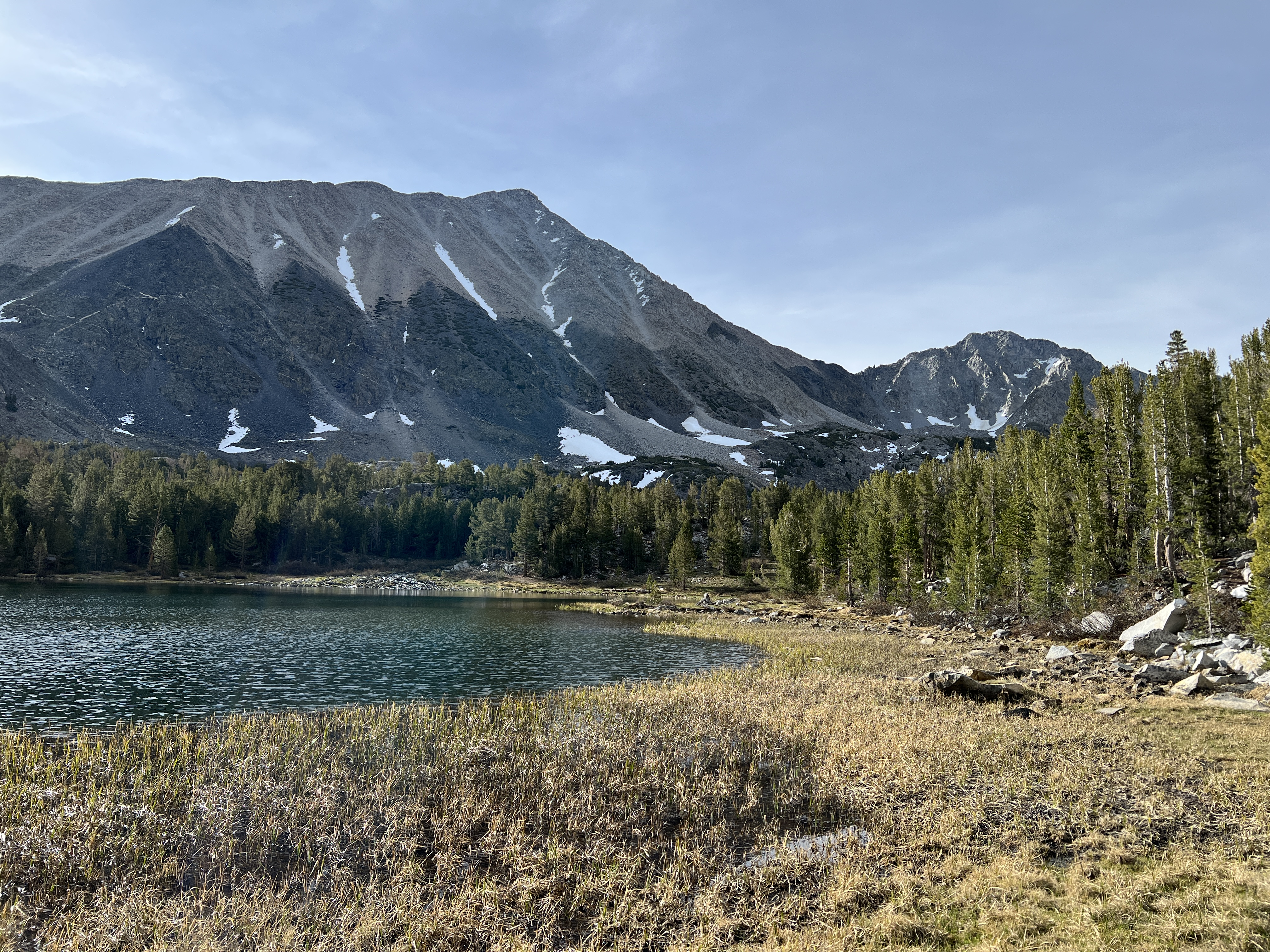 Then, after returning to the campsite and having a brief respite where we all passed out in the tent, we went to Erick Schat’s Bakery (a must see if you’re in or near Bishop) and then I drove 4 out of the 5 hours back while hyped up on caffeine because Sylvia had been up driving all night (another piece of advice, don’t go on a trip with only two people who have their driver’s license). Overall, despite staying up all night, almost getting stranded, and feeling like I was dead for at least a day after, it was a worthwhile trip away from campus with beautiful mountains and fresh air. 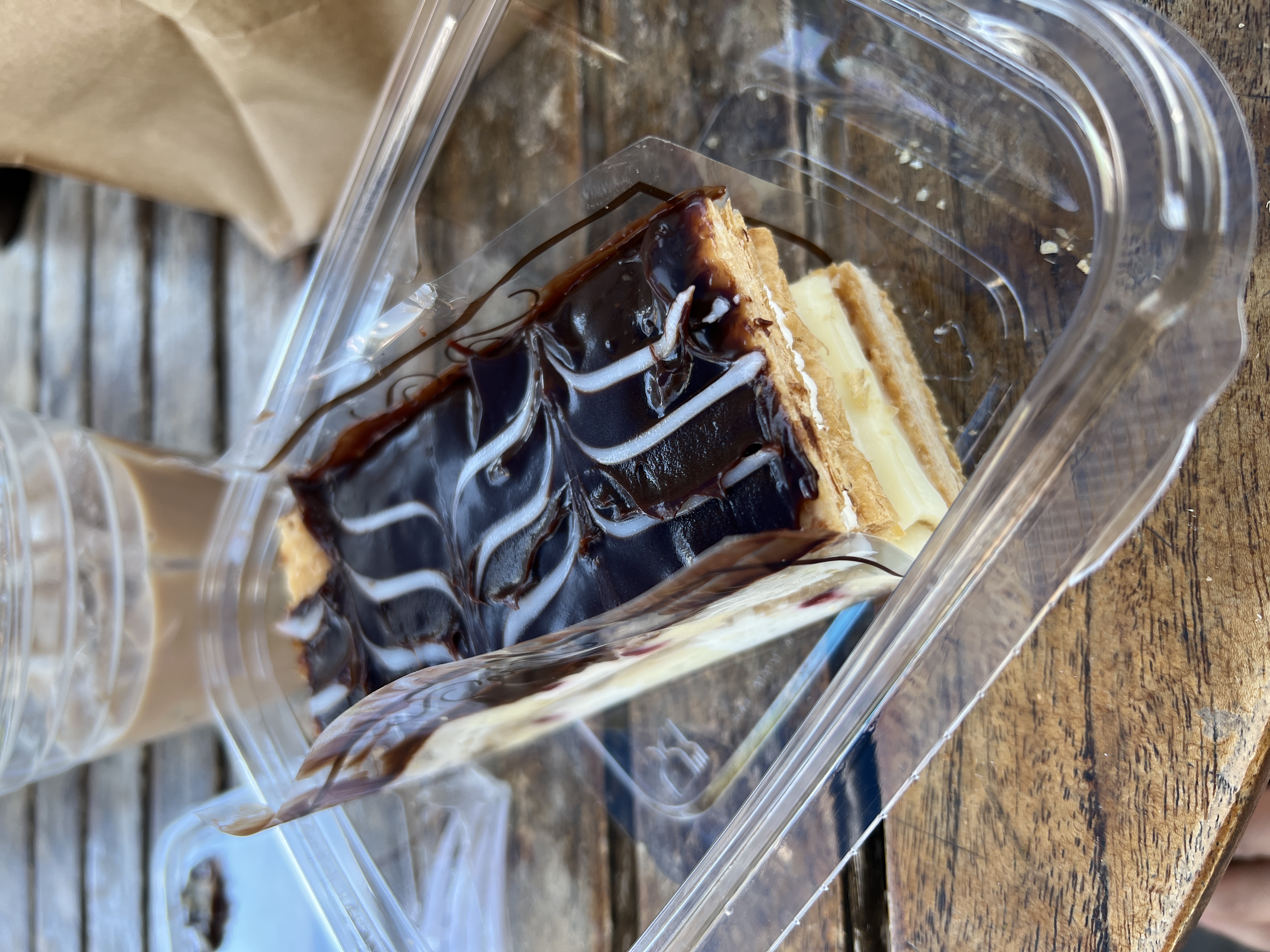 Always remember to get gas. 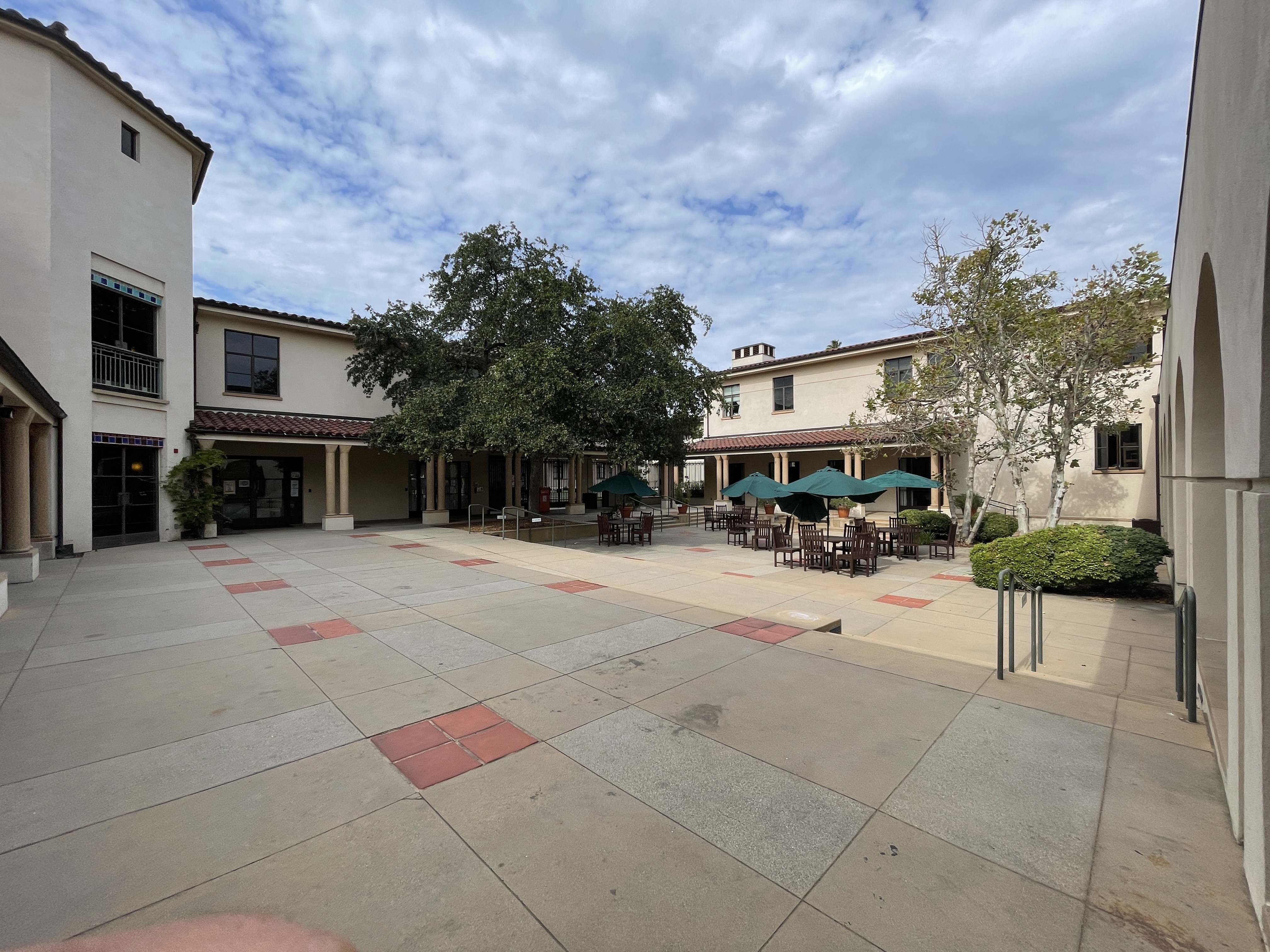 One of the unique things that Caltech students experience in their first year (if they opt in, of course) is a process called rotation. During rotation, over the course of their first two weeks on campus, first year students get to visit each of the eight houses, attend dinners and speak to current house members to decide which residences they like best. Students can also choose to live in unaffiliated housing, such as Marks, Braun, or Bechtel. Overall, Rotation is a really great way to get to know fellow Techers and the houses themselves, to help you make your ranking of the houses! However, you may have noticed that there aren’t too many blogs describing what the houses are like, and what traits they generally have. This is because we have something called ‘Rotation Rules’ in which students ‘may speak freely about direct, personal experiences within the residential system at Caltech’ but are encouraged not to share any rumors or stereotypes they may have heard about houses. This is to ensure that first year students get to experience the houses without bias and make decisions based on their own experiences. All that being said, you may be curious of what the houses look like, especially since COVID has prevented a lot of students from visiting, or going inside the houses. So, I went around the houses and took pictures of all of the residential courtyards on campus. Perhaps they will give you a feel for the houses, and where we as students hang out!