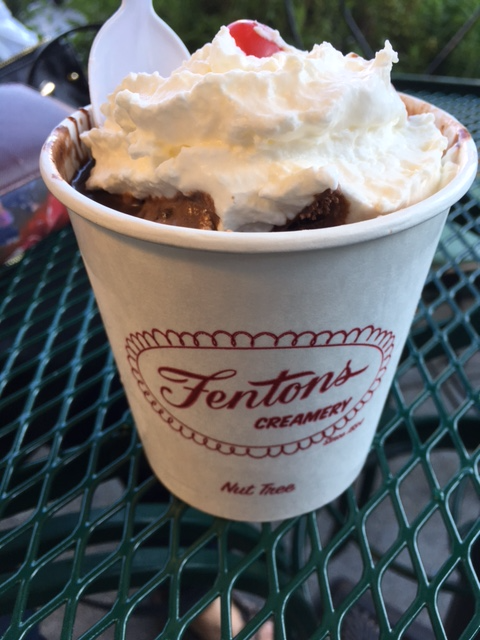 An Evening In Oakland

Although it is the Bay Area, I live on the Peninsula, while she was in the North Bay. Fortunately, Facebook has shuttles going all over the area - including a few into San Francisco, which I have used before. I was able to catch a shuttle into Oakland to see and have dinner with her.

It was my first time in Oakland, and I had heard about Fentons Creamery before (from where, I cannot recall). All I knew is that the Pixar animators would visit frequently, and it had a reference in UP. So of course I had to go and try the ice cream. It was indeed amazing - I had Chocolate Oreo ice cream (which I’d previously had as Midnight Cookies and Cream) that was rich in chocolate flavor while still somehow managing to retain the Oreo’s crunch. From now on, I will definitely get this flavor wherever I find it!