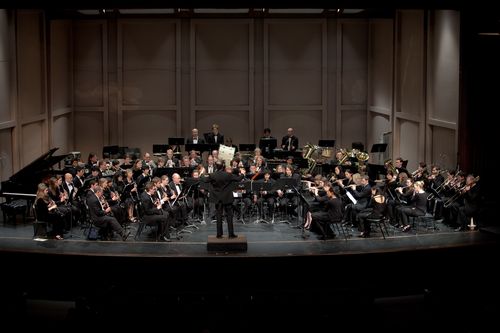 Hi everyone! My name is Mythili Iyer, and I’m a new blogger for the rest of the academic year! As is written in my bio, I’m a sophomore Chemical Engineering (ChemE) major from New Jersey (near Princeton) who currently resides in Fleming House. My major extracurricular activity is music–I’ve been playing the flute since I was 5 (so…15 years now), and while I no longer take regular lessons I still play as part of ensembles. Here on campus, I am principle flute in the Caltech Occidental Concert Bandand currently in a piano-cello-flute trio for Chamber Music. I’m also on the band council, helping to put together social events, find touring opportunities, and encourage general band cohesiveness.

Aside from music, I’m also a tour guide, business manager for the Big T (our yearbook), a cooking class TA, and a new Biology 1 TA. In my spare time (yes, it does exist!) I love to read, spend time with my friends, visit my relatives, practice flute, watch TV, and sleep.

So our winter quarter band concert took place on February 20th over at Oxy’s Thorne Hall, rather than here at Ramo Auditorium. I have to say, despite the distance and the drive, I wish we could always practice at Oxy…the acoustics in that hall are just to die for! Bill, the director of the bands, is always quasi-complaining about how Ramo just isn’t suited for a band of our size. In the past few years, the band has ballooned to around 70 people, a number that includes something like 20 clarinets and 14 flutes. Bill accepts anyone who can play, so we’re just keeping our fingers crossed that the class of 2014 will include some avid English horn players.

Here’s the band playing during the concert! I’m sitting to the right of the conductor, trying my hardest to essentially sight read a piece of music we added to the program two weeks before. I’m really quite awful at sight reading, so it was a challenge, to say the least…

We also played a world premiere, of a piece called ‘Atlantis’ by a local jazz musician, Bruce Lofgren. It had all these insane time signatures–if you know something about music, then you’ll know the difficulty of transitioning between 13/8, 9/8, and 10/8, especially when you’re a classical flautist with no idea how to deal with syncopation.

We had one rehearsal after the concert, to look over our new music for the coming term. Last year, the Band Council made cookies for Valentine’s Day. This year, we made cupcakes (some of them green) for St. Patrick’s Day, even though (at the time) it was almost 13 days away. After another successful quarter of learning music at breakneck speeds, it was well deserved.

Having that one extra rehearsal is especially important because the band is going to Disneyland for a performance on April 10th! Originally, we had optimistic plans to tour Italy–the band had a great time touring in Carnegie Hall (this was before I was at Caltech), and we wanted to do something bigger. However, there’s been a bit less funding to go around, so we were forced to downsize to Disney. While I would have loved to visit Italy again, I simply LOVE everything Disney, so I can’t wait to play at the park!

It’s tiny, but it’s right between the mouthpiece and the body of the flute, so it’s in an acoustically important area and not just cosmetic.

However, when I got there it turns out that my poor flute was the victim of a botched resizing job! The juncture of the headjoint and body was much too tight, which apparently dampens the resonance (wow, Ph 2a in real life…). He’s going to try and fix it and promised me that it would sound much, much better when I got it back.

That’s all I have music-wise for right now, and probably for a bit–we’re almost on spring break, so no rehearsal for me until I get back. Just practice practice practice. For those of you who don’t play an instrument, I’ll be talking about other stuff, too, so don’t worry : ) Of course, if you have any questions for me, feel free to leave a comment and I’ll do my best to answer it in a timely fashion.