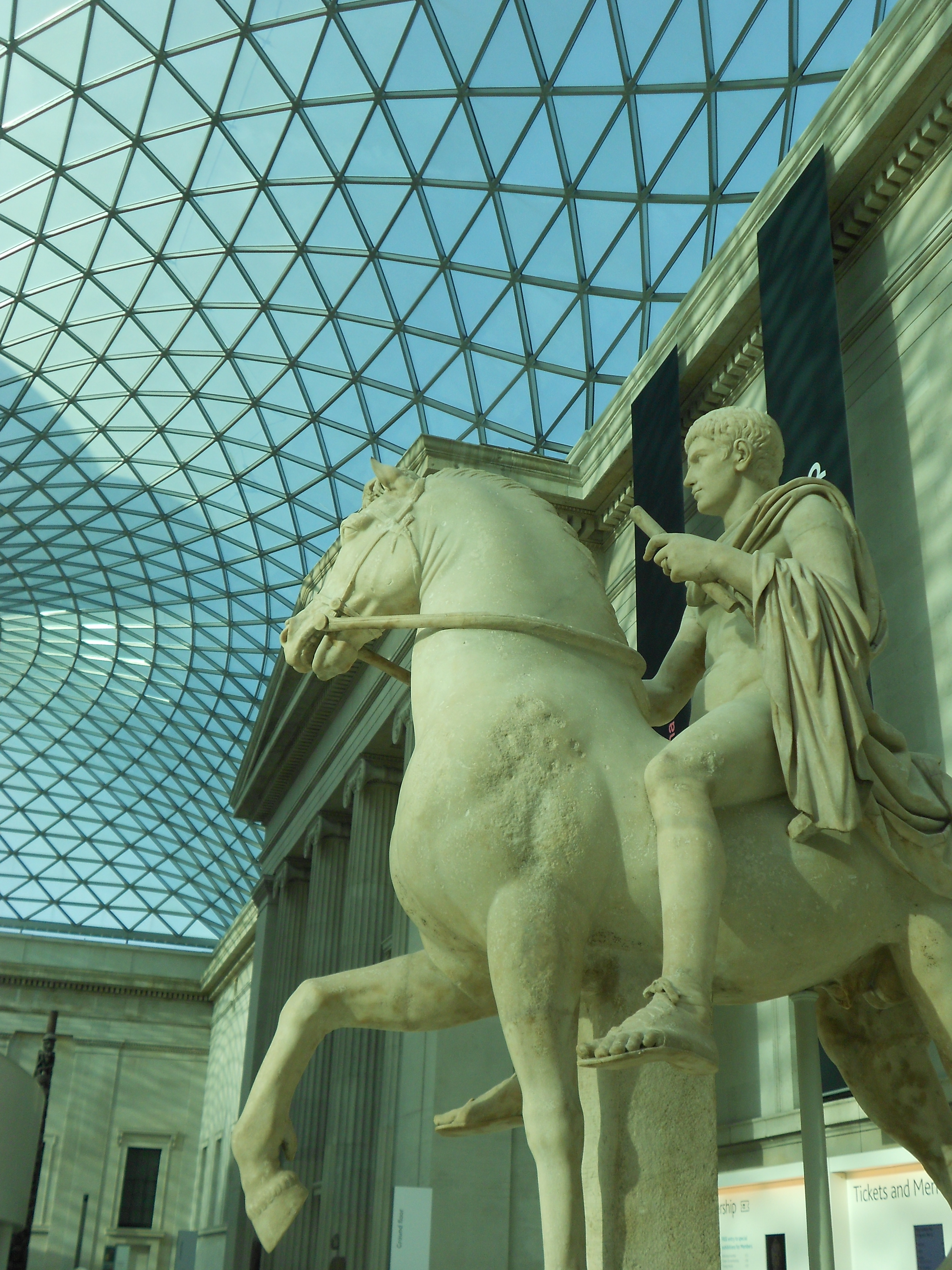 I’m taking “Ancient Egypt in London” as a course this term. It is certainly a class I wouldn’t be able to take at Caltech. It is a reading intensive course that aims to strip away long held misconceptions about Egypt. Amazingly, lecture is in the British Museum! The opportunity to have lectures in the Egyptian galleries is such a treat. We spent the first lecture in a room dedicated to pre-dynastic Egypt (roughly 4000-3100 BC) looking at burials, pottery, cosmetic palettes, and tools. In pre-dynastic Egypt there were no mummies, no sarcophagi, mostly just bodies buried in the sand with a small number of clay or stone pots containing goods. The graves are very sparse compared to the later extravagant tombs of pharaohs.

The Western fascination with ancient Egypt was kicked off during the Enlightenment after an invasion of Egypt by Napoleon. It was during this period, and continuing on since, that excavations of Egypt began on a massive scale. With this period in mind, we spent our time at the British Museum this week in the Hall of Enlightenment. It is a huge room meant to give a feel for a gentleman’s study during the Enlightenment period. As such, it is dimly lit and full of vastly diverse treasures: shells, plants, animals, crockery, scientific instruments, rocks, dinosaur fossils, neoclassical sculpture, religious artifacts, Greek pottery, Egyptian carvings, etc… All the artifacts demonstrated an explosion in curiosity about the nature of man in all his aspects. The idea behind our time in the gallery was to gain a context for how ancient Egypt entered the British mind at the time of its “rediscovery.” For example, one view of Enlightenment thinkers was that Greek art was more highly evolved than Egyptian art. Another example, the bodies of buried Egyptians were used medicinally. Pulverized mummy was used in salves for bruises, among other uses. Incredible how that which socially accepted can change in so short a time period! This statue is where we meet at the beginning of class:

Lecture in the Hall of Enlightenment: