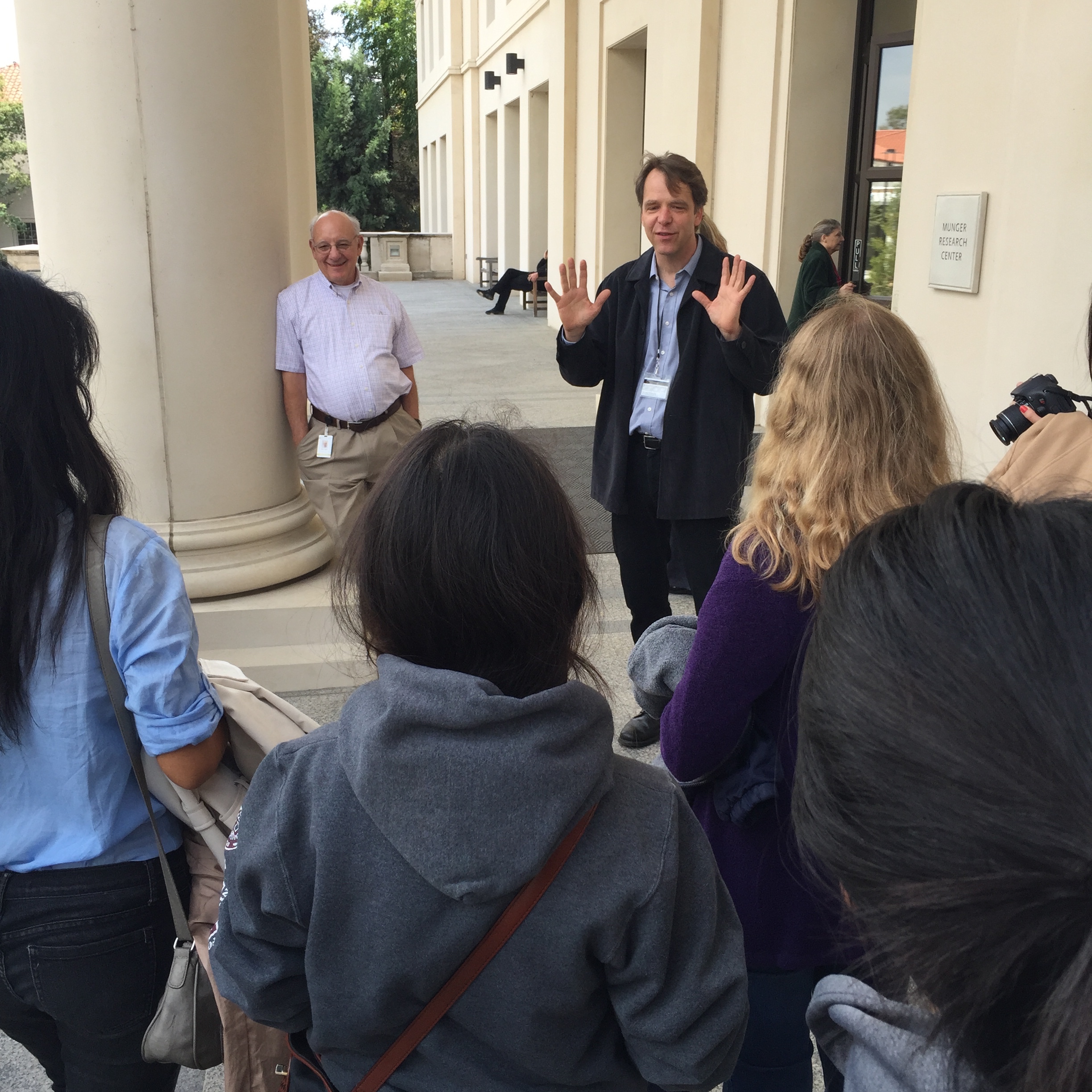 And people say Caltech doesn't care about humanities (trip to the Huntington Libraries!)

If I can give any advice to students trying to choose school to apply to (or attend after they’ve been accepted), it’s to read the course catalog for every school you are considering. Go to the registrar’s website and you should be able to find it from there. Something I didn’t realize when I was looking for colleges: not all colleges offer the same classes. Weird, right? Even in departments that are lauded for being top ten in the country, you’ll find that class offerings are strictly dependent on the professors that are employed at that university, and the courses will be tailored to what those professors like to teach or are good at teaching, which will skew greatly towards their own areas of research. That’s how you get a bioengineering department at Caltech that is world renowned for their biomolecular engineering, but not so much for biodevices. That’s also how you get a Caltech computer science department that will teach you everything the world has to offer on algorithms, tractability, completeness, etc., but not offer you a class in computer security. You’ll find the greatest disparities in course offerings between small schools and big schools, mainly because of the woman/manpower to teach every topic under the sun.We just don’t have a professor that studies computer security.

Similarly, Caltech has a very small English department. This term, the English department is offering 15 classes. In comparison, the University of Edinburgh (where I am studying abroad next fall) is offering about 30. So, the rule of thumb stands: the smaller the school you attend, the fewer options you will have in elective classes, based on the fewer number of professors at that school. However, the following rules of thumb also apply:

So, bringing this back to Caltech English classes: I’m taking En 127 (Jane Austen) this term, with Dr. Kevin Gilmartin. Gilmartin is well known to be one of the best professors on campus (in fact, he won the Feynman Teaching award this year!) and the reason that multiple people I know have added an English double major. Seriously. They liked his classes so much, they added a major.

Our classes are three hours long, and we usually spend the first 30 minutes listening to student presentations on topics that were contemporary to Jane Austen’s time (Regency Era England), which helps the rest of the class gain the context necessary to understand Austen’s writing (she writes about aristocratic women and the societies they live in, and if you don’t understand the minutiae of social interactions in the period, like country dancing and the guidebooks that women read and the way society reacted to sex scandals), then a lot of the books’ subtleties will be lost on you. For example, I did my presentation on conservative feminism in the era, which it appears Austen was influenced by. Another presentation was on radical feminism at the time (think Mary Wollstoncraft), and others were on the French Revolution, Sir Walter Scott, and Austen’s literary reviews.

After presentations, we talk about the novels (we usually have one due every week) in this format: Dr. Gilmartin brings our attention to an overarching theme, and asks us what we think about it, and we discuss. Then he’ll bring our attention to something in the beginning of the book and we’ll discuss what we thought Austen’s purpose was in writing that into the story, or we’ll discuss how the changes in the plot made us feel differently about a character, or how easy or hard it is to relate to different characters and their actions. We make our way through the novel in this way, until the end of class, when Dr. Gilmartin spends about 15 minutes giving a brief description of parts of the next novel that he wants us to look out for while we’re reading it.

Dr. Gilmartin has an “in” with the curator of the rare documents at the Huntington Library, and we were able to go (for free!) last Friday to view some of their first editions of Austen’s work, as well as other materials that they have, from the same era. I completely GEEKED OUT. I’ve never really been a museum person, but spending an hour in humidity-controlled room with first editions of novels and plays, letters from Austen’s family, contemporary calling cards and guidebooks and fashion plates, was amazing. It was all the more valuable to be able to see all of these artifacts because of the historical presentations we had been giving during the term: we saw a first edition of Mary Wollstonecraft’sA Vindication of the Rights of Women, a first edition ofLover’s Vows andFordyce’s Sermons, which are both works that Austen writes about in her novels, and which we had thought she had invented (but actually existed during the period, and which all of her original audience would have recognized). I’ll stop narrating and just show you some pictures, shall I?

**Before we go in, remember: DON’T TOUCH ANYTHING**

**A flip book owned by aristocracy, created by a famous landscape designer, who would draw before and after books for his rich clients.**

**Calling cards left on social visits to other aristocratic houses.**

I took so many more pictures that I don’t know where to put them all. Anyway, I hope this has been a good taste of what English classes at Caltech can be like!