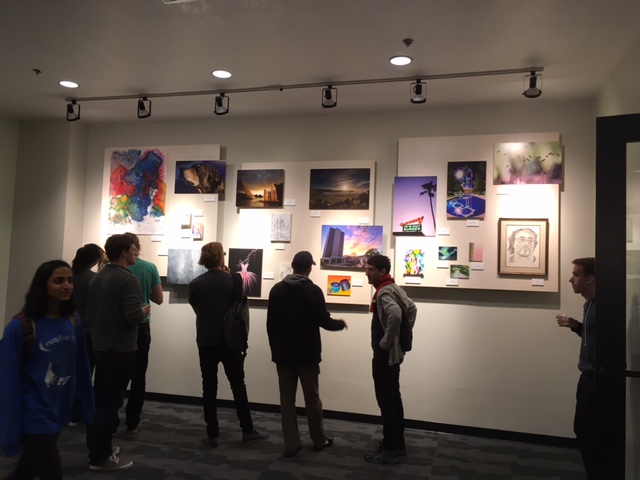 Chandler has artwork that is put up/rotated out every term within the annex. It’s a mix of submissions from undergrads, grads, and staff - although I also saw one alumni photo up as well. To show the new art that was put up this term, the Graduate Student Council (GSC) hosted an Art Gala with snacks and booze (for the Grad students of course) this past Thursday. There was live music with live dancing, and some provided paint and canvases for anyone who wanted to create something at the night.

Photo credits: Ben Cassese All of the artwork was really gorgeous, and there was almost everything that one could think of on display: not only painting, photos, and digital art (both drawn and photoshopped), but also Origami, basket weaving, and even some ceramics. The best title was undoubtedly the origami piece, but there were also interesting things like a duct tape canvas. I also think one of the best parts of the night was also the provided art materials. It was really creative what people would do with the limited colors they had on a small canvas with almost no premeditation. I actually wasn’t considering doing it until a friend got “art-sniped” as she called it, and encouraged me to do a piece as well. I won’t tell you which canvas is mine, but have fun guessing!