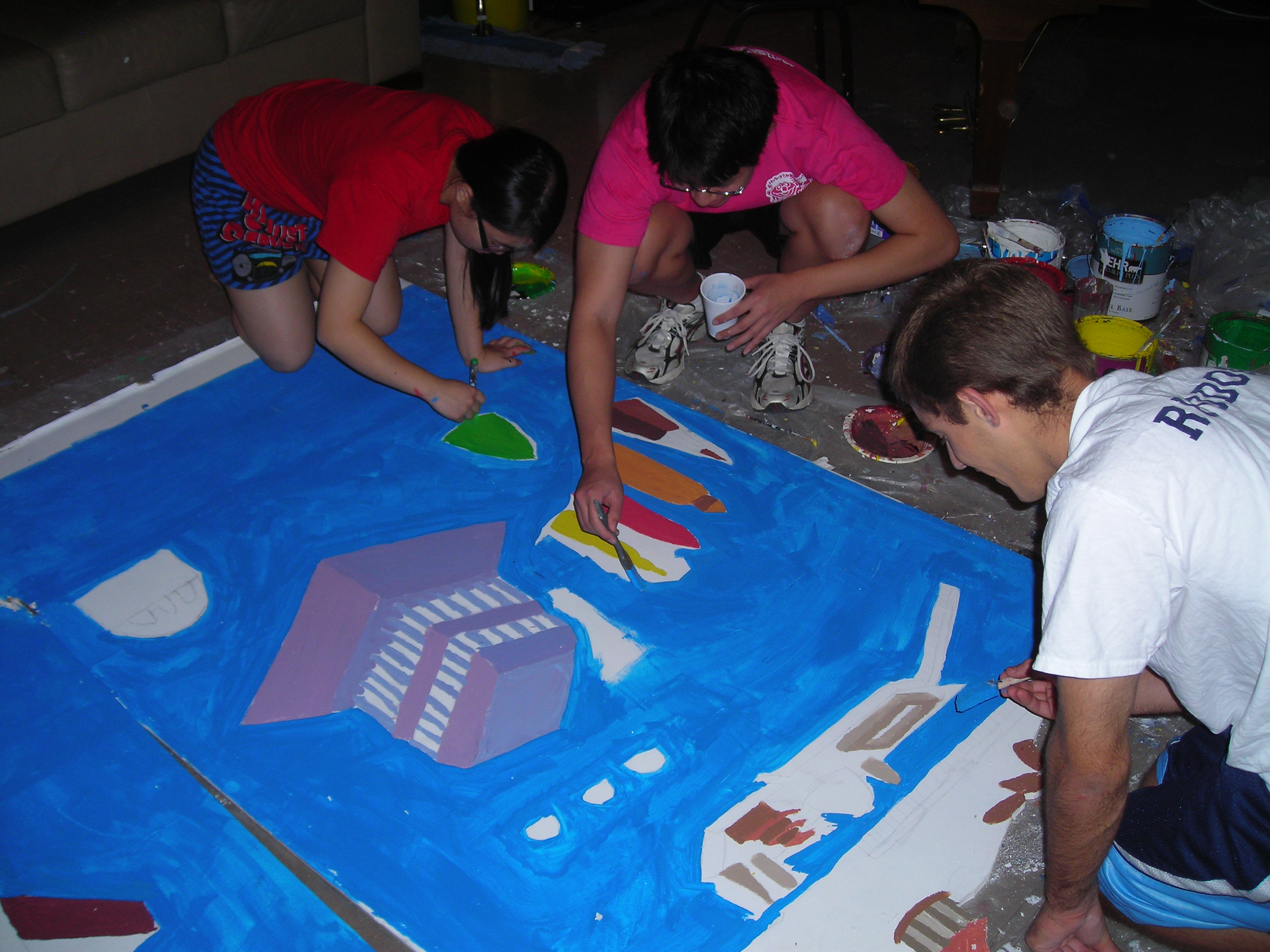 If we only had construction, every party we build would look pretty pitiful. It’s the art that goes on the skeleton that really makes OPI stand out.

We generally paint our artwork on drywall, which is a 4x8’ board made of gypsum plaster. It’s cheap, but has the unfortunate tendency to chip easily and disintegrate when wet (which has not been great considering how much it’s rained in the last few weeks). We’ll also use OSB and plywood, but generally art works best on. The plan for art this year is to have a view of Atlantis from all around. Most years we just have one layer of art around the dance floor, but this year we’re going to double it! So the edge of the dance floor is kind of complicated: the platform ends, and then for two feet we have water a few inches above the ground, followed a trough of water at 16 inches – the water will flow over from the upper to the lower level. That 16 inch level goes on for another foot until it hits the first wallboard that we’ve painted. This is the cityscape, which we’re making a kind of 3D shadowbox out of.

So that’s going to go all around the dance floor. A foot behind that, we’ll have wallboards of mountains all around. Maybe it sounds a little strange, but watch the Disney movie! It’ll all make sense. Anyway, art has been working long hours priming wallboards, tracing designs, cutting them out, and painting them.

In addition to the cityscape and mountains going all around, we’ve got to paint wallboards for the temple and entrance. You can see one board that’s going on the temple above; we’ve pretty much finished all of the temple stuff by now (but I won’t show you that now because it’ll be a lot more impressive once it’s out in the courtyard!).

We’ve gotten a lot more construction up in the last week, so I’ll get to that next. OPI is in two weeks, so everyone should come out!