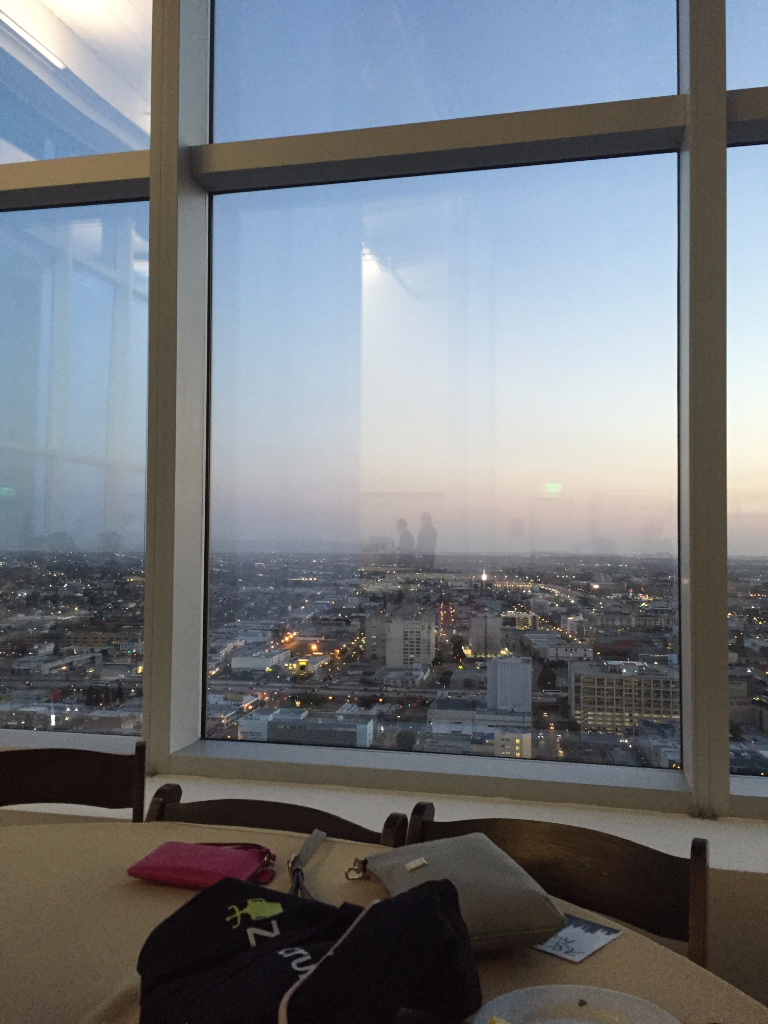 As a rebellious teenager, I skipped all high school dances. Some of my friends and I had been thinking of an anti-prom party senior year, but I think we stayed home to study for the APs instead. Yeah, I know. Super boring. Not that the sole middle school dance I had attended, if it was any accurate indicator of the future, had been at all promising in terms of showing me what enjoyment I might milk out of an evening spent stuffed into a school venue like the gymnasium with a crowd of sweating, half-crazed teens or preteens.

Anyhow, I decided to attend some of our school formals after getting into college. Caltech has one dance a year. My sophomore year, ASCIT formal was held at a yacht club in the harbor, and we went on a short 45-minute cruise around the water. Junior year, ASCIT formal was in a ballroom in Old Town Pasadena. This year, it would be in a penthouse in downtown LA.

Since going to the Hancock Tower twice in Chicago in the past month, I’d seen my share of penthouse suites and the stunning city views they offered. When you’re 95 floors up, you can literally see everything in view. Even water towers appear as short as toadstools on the forest floor when viewed from the top of a tree. The penthouse we went to for ASCIT formal was not 95 floors, but rather 30. It offered a different perspective than the Hancock Tower that was, in truth, no less interesting. No longer were we the highest-flying birds in the sky, but interwoven into the traffic of the flock, enmeshed within the upper tiers of the city buildings themselves in a sort of fluid spatial tango that seemed organic and moving even though we were rooted in our respective skyscrapers.

The sunset view in the dining room:

But the real visual gem came at night in the disco room, when the city became 3-dimensional and alive:

Dinner was some chicken, salad, asparagus, potatoes, and various types of bread with an ample spread of herb and garlic butter:

Of course, what is a dance without taking some group pictures?

My roommate Sandra (left), Meera (center), and myself

Rona (left) and Akshay (right) at the dinner table

Fellow chem major senior Ellen (right) and me posing with matching spring floral dresses I realized I had been thinking of ASCIT formal as a sort of senior prom, though of course, unlike what prom is maybe supposed to do for high school, the difference is that ASCIT formal really has no significance on how my final year at Caltech ends. No, the big gems are the interhouses and Ditch Day coming up later in the term, and all the fun things I have planned on weekends with various friends–dyeing Easter eggs, watching movies, going to an escape room. All in all, it was some casual fun to get dolled up on this one occasion and hang out with a group of my girl friends in a penthouse! Till next time, Anita