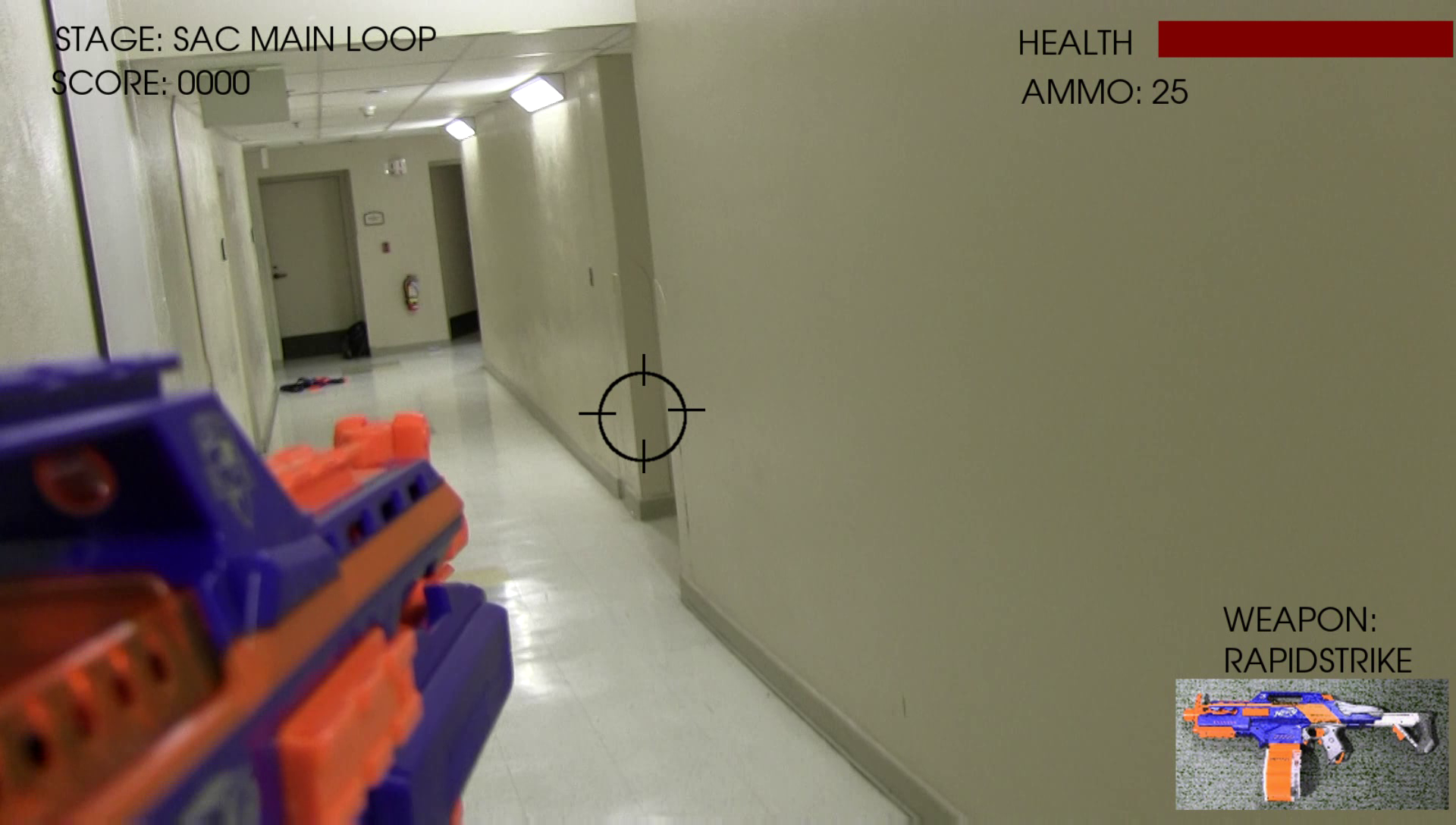 Every year for rotation, some houses make a house video to show the prefrosh more about house life and culture (it’s also fun to make a video!). I organized a few short clips for my house video and ended up doing the video editing for them. I hadn’t done much video editing before, but fortunately, there’s quite a few simple video editors available for free. I did most of the editing in Openshot, which is possibly one of the simplest video editors for Linux. One of the best features (most likely a feature in nearly every video editor) is overlaying videos and images. Using GIMP, I could make an image with a transparent background, and then overlay it on the video in Openshot. I used this to make a simple HUD (heads up display) for a Nerf blaster clip.

HUD overlayed on video We also had a scene from another clip that was recorded using a conference room microphone (I think). The audio was difficult to understand and had lots of static, so I learned how to use Audacity to remove the extra static and noise. After cleaning the sound up, it was still a little difficult to understand, so I added subtitles with Aegisub. It's surprisingly difficult to get subtitles to line up correctly, and surprisingly annoying when they're timed incorrectly, even if only off by a fraction of a second! Finally, with Avidemux, I converted the soft subtitles (you can turn them on/off like on a DVD) into hard subtitles, meaning they become part of the video and can only be removed by re-exporting the entire video without the subtitles. After editing all the videos I was working on, I sent them to the person in charge of setting up the entire rotation video. Freshmen actually have a fairly large role in putting together the video, and contribute more footage than the other classes. We probably won't see the entire 15+ minute video until closer to fall term, but I'm looking forward to watching the completed video. (Well, I'm looking forward to seeing it a few times - during rotation, we'll end up watching our own video at least eight times!)