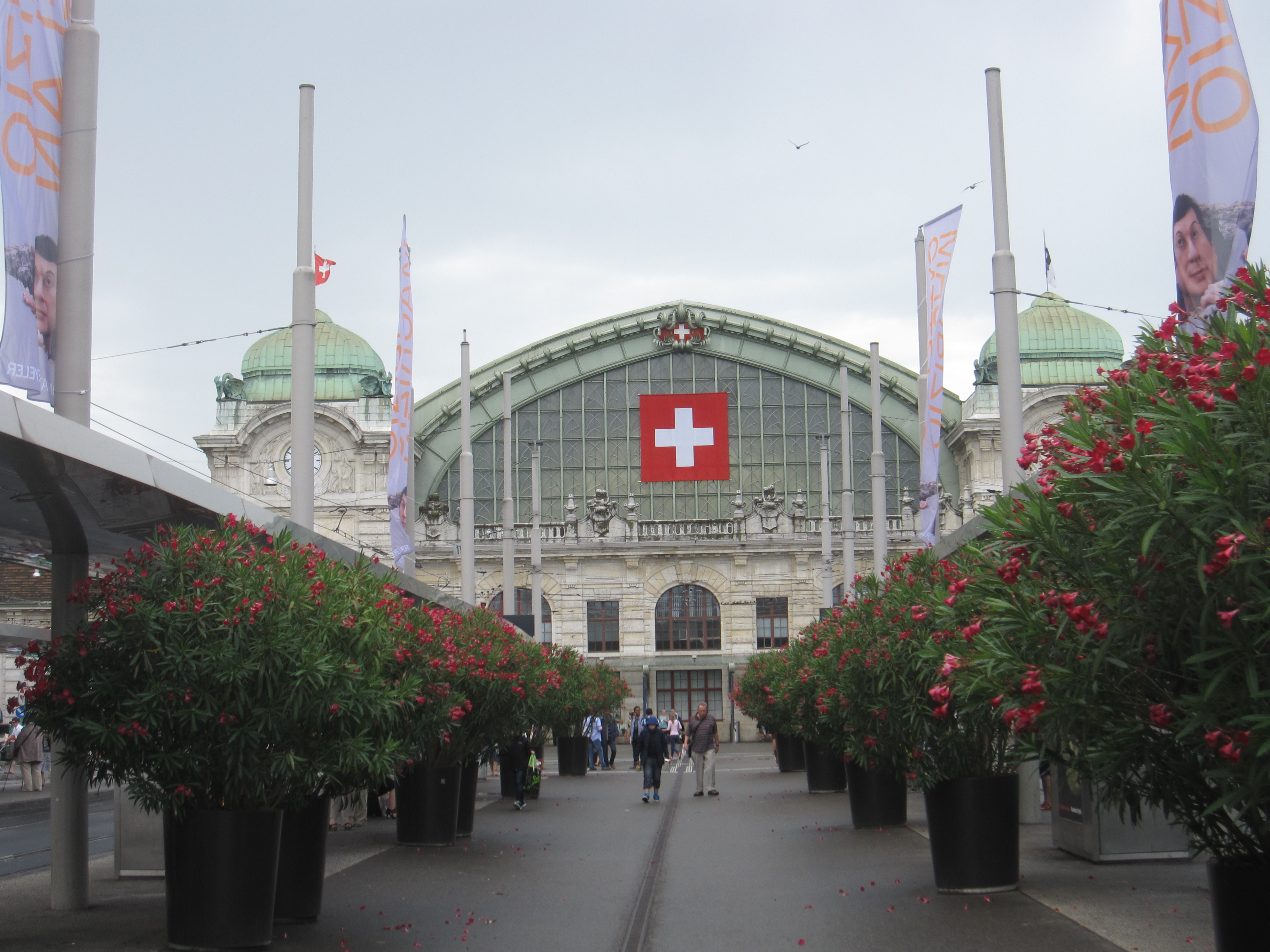 It is now the end of the weekend and it did not go quite as planned but was eventful nonetheless. My original plan was to go to Lyon and then go to the beach but our car ran a flat so I spent Saturday morning taking the car to the shop instead with the rest of the day at CERN working.

Sunday I woke up early and submitted a few jobs for work. The jobs take hours to run so what better way to wait than to take the train up to Basel. So that’s how I spent the majority of today, well actually I guess I spent most of the day on the train. That was nice though since I got to do some leisure reading, something I’ve very rarely had time to do since coming to Tech. I arrived in Basel around midday with the grand realization that I was no longer in French-speaking Switzerland. My German is a bit rusty so today was quite fun trying to get people to understand me. It’s kind of cool though to think that you can take a train one hour north and change languages without even leaving the country.

Here’s the front of the French train station in Basel, the flag should make it clear if one forgets what country one is in. I found out that there are two major train stations in Basel, one linked to France and the other to Germany. Basel is quite close to both borders so it is a pretty big travel hub.

My original intention for going to Basel was to go to their open air market, though I never really found it. I wandered around and explored the city, and if it weren’t for my handy dandy map I probably would have been lost. I’m pretty sure I actually ended up in what should have been the sketchy part of town but I just walked through smiling and speaking my broken German and everyone let me by fine. It’s really all just an adventure. I really couldn’t find the market but I found this random large building whose purpose I am still unaware of. However, I looked up and found this really cool giant opening.

Yeah I also don’t really know the significance but it was cool. Really I just found myself lost in Basel despite it being a pretty small city for US standards. It was fun though and a convenient day trip away from Geneva. Also, for those reading at home … boba does exist in Europe, you just need to find it in the random side streets of Switzerland.

Upon returning to Geneva I went for a walk around our neighborhood. Once again we live out in the middle of nowhere with a bunch of farms which can be a pain at times but it is also nice sometimes for going out on walks. There are plenty of fields and forests to run through. Also our neighbors have sheep. There are also horses, pigs and other things but they aren’t on display as much.

So yeah that is pretty much the extent of the weekend. Sorry there is not that much exciting for the blog but I can tell you that things are getting revved up around here. Three papers to work on for the end of this month and a presentation in the main auditorium next week, plenty to prepare for. Also, next weekend is the Zurich Street Parade, the one event I promised myself I will in no way miss this summer.