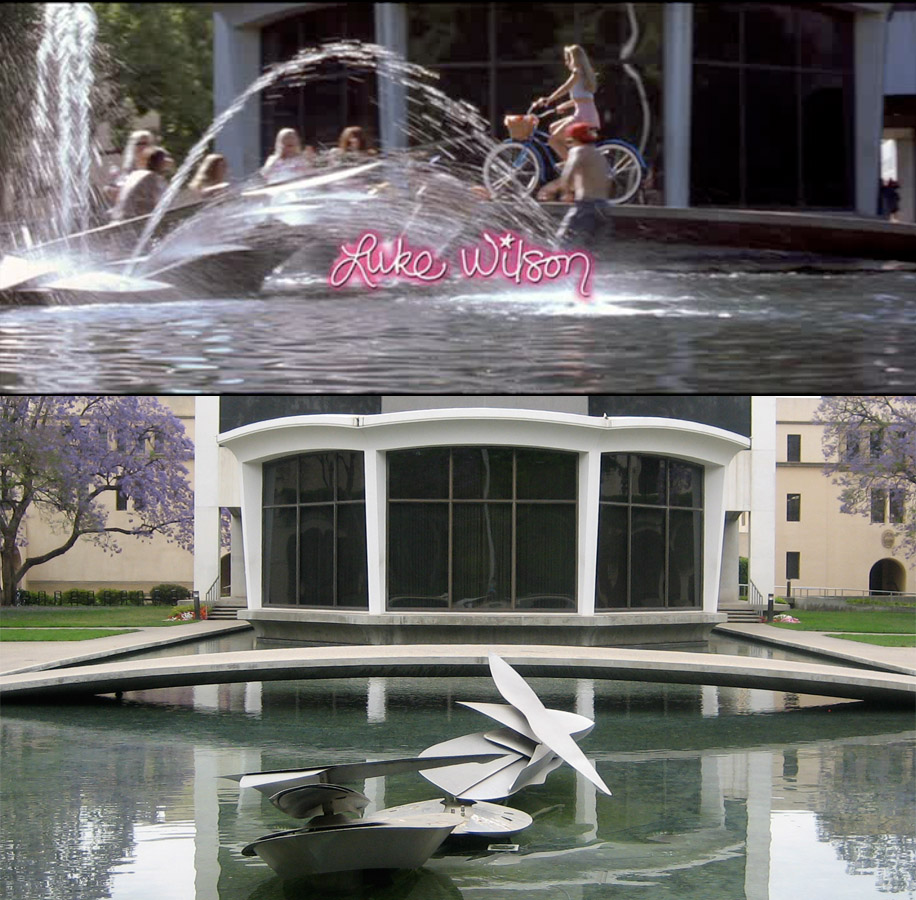 being in two places at the same time

Because of our proximity to LA, one of the things you will run into as a student at Caltech is the film crews. This is kind of fun the first few times they block your way to class, but it gets old when the fake students block your way to class or cut you off as you are dashing to turn in a problem set on time. If you are fans of the show or movie that is getting filmed, you might be able to get autographs and photos with the stars. It all depends on your luck. So the first fun place in Pasadena I’ll be introducing is Caltech itself. So when we say welcome to Caltech, the film crews have already told you “ Welcome to CULA, Berkeley, and Cyprus Rhodes”.

Although the show Numb3rs has become known as THE show that is filmed on campus, visitor’s don’t realize that they have also seen your beautiful campus in Legally Blonde, The OC, and Greek. Most recently Entourage filmed on campus and some students that built an Entourage themed stack for ditch day got some of their t-shirts signed. Yup, turns out, even if you don’t go into LA much, sometimes it comes right to you.

Where it really is: The Gene Pool in front of the Beckman Institute (Where I work!)

Where it really is: In front of Parsons-Gates