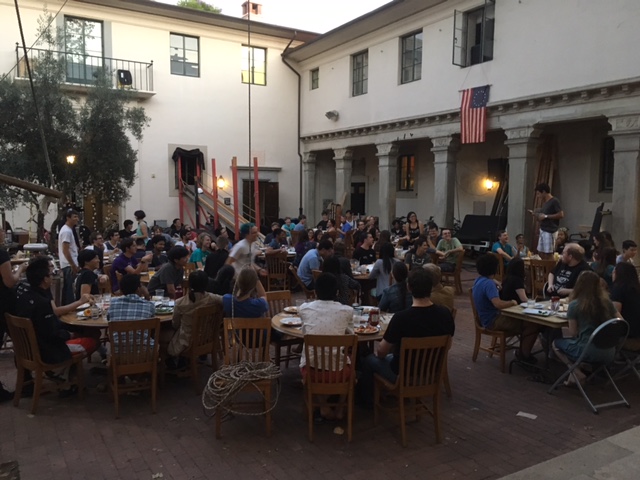 Rotation is upon us! And that mean a lot of rotation dinners. For each house, the dinners will be different (as each dinner reflects on the house’s personality) but I can give a hint at what Blacker’s is like.

Before dinner, our head waiter calls out all the dinner rules - of which there are many. There’s a very long list, but some of them include no frolicking, no singing (especially in rounds), and no capes. After which, everyone sits down such that prefrosh have upperclassmen looking after them to “make sure” none of them break the rules. Of course, this doesn’t always happen so those upperclassmen take the fall for the prefrosh at the end of dinner.

Blacker has a waited dinner, so you’ll always see waiters frantically navigating around tables trying to get everyone’s orders - there are usually a lot of them, especially with the excited prefrosh, so the waiters really have their work cut out for them. The President then holds announcements at the end of dinner so the house can be informed of any goings on around campus in general. The time for announcements is also a great time to have long running jokes and conversations before the waiters announce whomever will be taking dumps that night.

During rotation, dumps are done execution style, so all the upperclassmen who have broken rules - or had their prefrosh break the rules - line up on the steps to be hosed down for their wrong-doing. Afterwards, there are a couple of events in Blacker courtyard, as well as a showcase of the things that some people in the house have made during their time here.