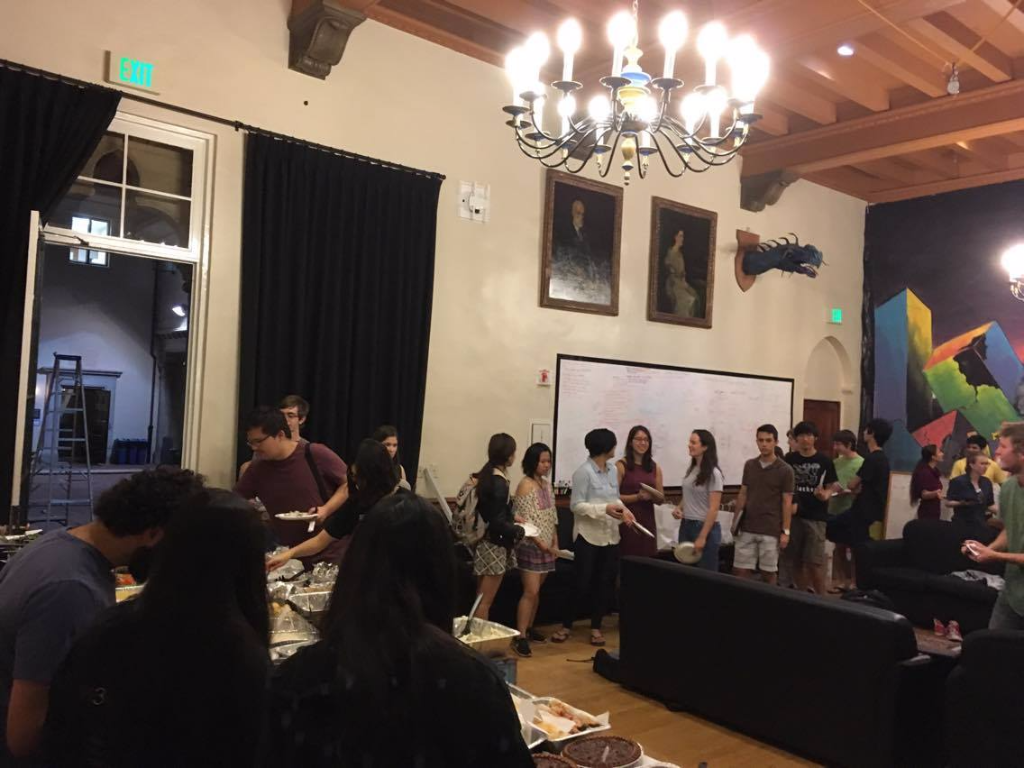 This is the first year that I stayed for Thanksgiving (but that isn’t so surprising once you consider I’m only a sophomore). Many people that go home for the Thanksgiving holiday, but a lot of people also stay on campus over the four days. In Blacker, Thanksgiving is very casual: it’s held potluck style, where everyone can bring something to eat. People were cooking in the hovse all day, so by the time the start of dinner rolled around, there were enough dishes to fill 3 whole tables! The best part was that there must have been at least 1.5 times as many deserts as there were main dishes and sides. Everyone lined up to grab their food before heading into the dining hall to sit, eat, and talk.

During Thanksgiving, we also see a lot of the alums that live in the area. A fair number of mole alums come by from farther afield as well, especially those who live in the Bay Area. It’s a pleasant surprise to see which alums come back - especially the new alums whom I knew as seniors. After everyone stuffs themselves, people broke off into groups: some played chess, others sat around in the lounge to talk and relax, while I watched a movie with many other moles.