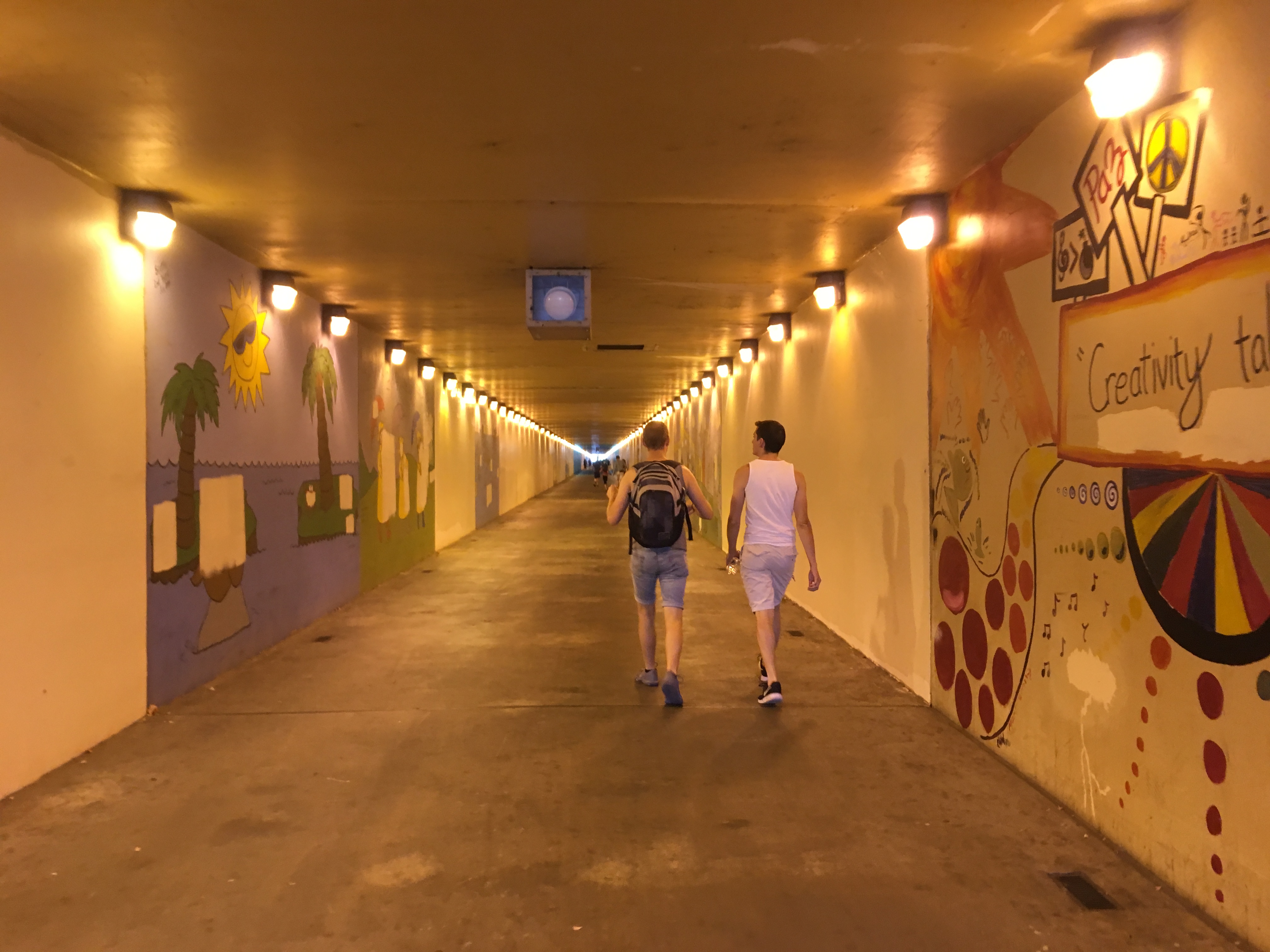 Blue Angels in the Sky

Seattle SeaFair is a summer festival that has a bunch of events, including yacht races and more, but the main event I attended was the Blue Angels performance. The Blue Angels is the US Navy flight demonstration unit, and when they perform, they do loops, fly right past each other at speed, and other amazing aerobatics.

To first get to the area where they were performing, I had to take the bus for an hour and then walk through a well-lit but slightly sketch tunnel towards the highway. They actually closed off the highway so that people could stand on it and watch as the Blue Angels performed above Lake Washington! If there hadn’t been other people walking the same way, I’m not sure I would’ve made it🤔

The performance was really cool! The planes can choose to let out white smoke when they’re doing tricks, so you can really see what they’re doing. The airplanes are also very loud, so a lot of people were wearing over-ear headphones to block out the noise. I did cover my ears for parts of it when the planes came close, so it would’ve been a good idea for me to bring headphones too.

Below I’ve included photos of them spiraling in a tight loop upwards thousands of feet, making a huge loop in the sky with about 5 planes flying next to each other, and doing other coordinated aerobatics! The performance lasted about 45 minutes to an hour.