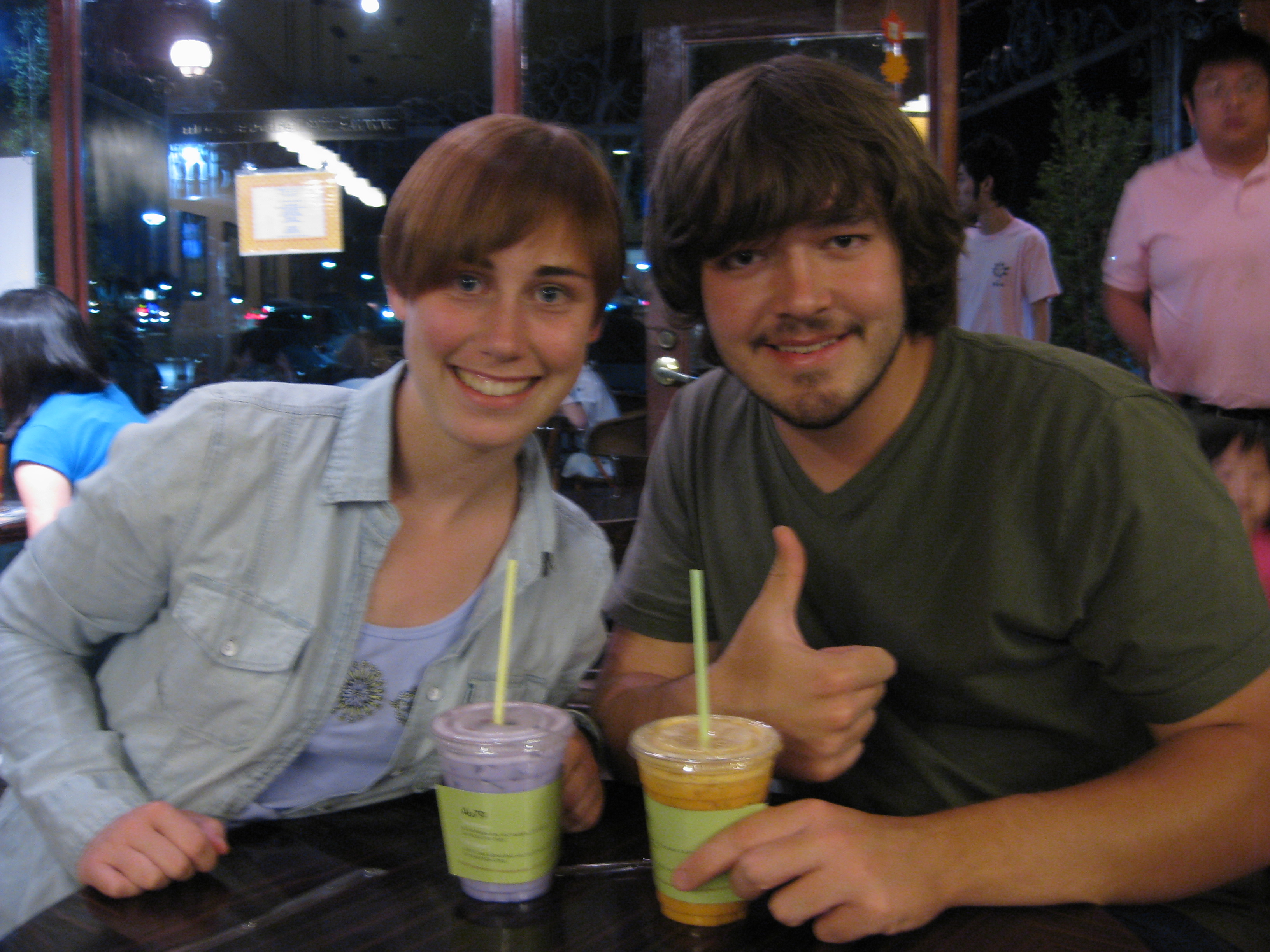 At Caltech, both the house dining rooms and Chandler, the lunchtime cafeteria, are closed on weekends during the school year. We’re left to fend for ourselves—which is actually awesome, because it encourages us cook our own food in the house kitchens or gives us an excuse to go out to restaurants. During the school year people eat out a lot on weekends or cook simple food; during the summer there are more structured cooking groups (which I’ll talk about in a later post!) and more time to visit restaurants outside of Pasadena.

Xida (another rising junior in Lloyd) recently got a car, and he and Sam (a rising sophomore) and I decided to go to Arcadia (a few miles from Pasadena) for dinner. We ate at a restaurant called Au79 that serves some light dinner food but specializes in boba drinks. I hadn’t really heard of boba before I came to Caltech.

Colloquially, boba refers to a number of milk-based drinks that have tapioca “pearls” at the bottom (which are technically the boba, but we call the whole drink boba). Here are Sam and me with our boba drinks.

During the school year, our house, Lloyd, frequently has midnight boba runs. Someone with a car will decide to take a study break and will tour the house taking people’s orders, and then will grab a few friends and drive to a boba place and pick up the order. It’s always chaotic when they arrive back in Lloyd: there’s a huge scramble in a common area with everyone trying to find the drink they ordered and pay back the person who made the trip.

A couple of days later we had a barbecue hosted by Caltech Dining Services for SURF students. It took place on the Olive Walk, a brick walkway (which you can see in the picture below) between the three North and four South Houses. Towards the beginning of the barbecue I caught this group of frosh driving around a golf cart they’d borrowed from somewhere…(that’s the Olive Walk they’re driving on, and beautiful Lloyd House in the background).

And, turning 180 degrees, we see SURFers having an amazing time at the barbecue in front of the Fleming cannon.

After the barbecue I headed over to the huge lawn in front of Beckmann Institute with David, a SURF student from Northwestern; Catherine, a freshman in Lloyd; and our new Cambridge friends to play frisbee.

It was too dark to take pictures, so you’re going to have to just imagine us playing Ultimate on the grass below.

Until next time… –Laura