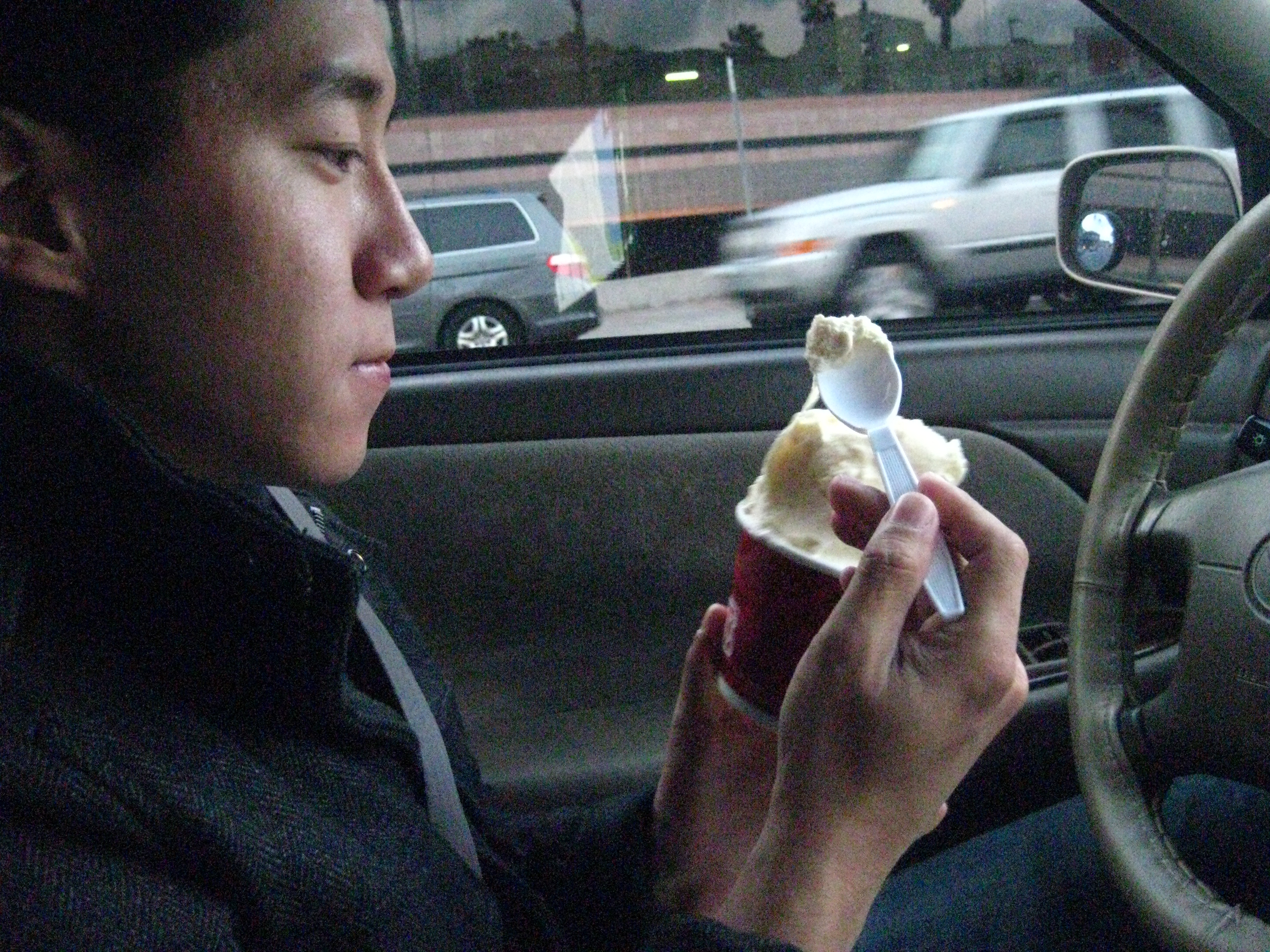 Hi everyone!! Adventures off-campus, plus a night of dancing? Yes please! This last Friday, I took a trip to San Diego with some friends and my boyfriend Paul to see another one of my friends, Ian, compete in a breakdancing battle. (Interestingly enough, it seems like dancing in SD is a thing with Techers… check out Teo’s blog about ithere) Before we got there, we stopped by Coldstone for some noms. Paul got an obnoxious amount of ice cream!! The picture doesn’t really do it justice.

The competition was held at a small lounge sort of area at UC San Diego. It was free, which was kind of a relief on my Caltech-student budget. :)

The style of the competition was a two-vs-two battle in which each team would take turns showcasing their different skills. There were three judges who watched and would decide on the spot which team would advance to the next round. The spectator section was pretty awesome–it was just on the ground right next to the dancers! Paul, Staci, and I got really good spots right in front.

The judges sat right in front of the dancers. Each dancer was graded on several things: musicality, power, style, and how well they responded to the other team. It was surprisingly very friendly for a competition: even though each dancer was fighting to be better than the others, at the end of the round they’d all shake hands and high five and stuff.

This kid below was like 14 years old! But he was still really really good.

There were even some girls who competed. I totally wish I could be as ballin’ as they were! :D

So overall, Ian made it to the top 8! It was super fun and a totally new experience for me. The breakdancing culture and lifestyle is really chill, and you could tell there were some people that put their heart and soul into it. What I also really liked was how informal it was–everyone just mingled in, and anyone could sign up to be in the competition. It was really inspirational, and a lot of fun to get out of Pasadena for a night! As always, questions and comments are most appreciated :) Love, Lori