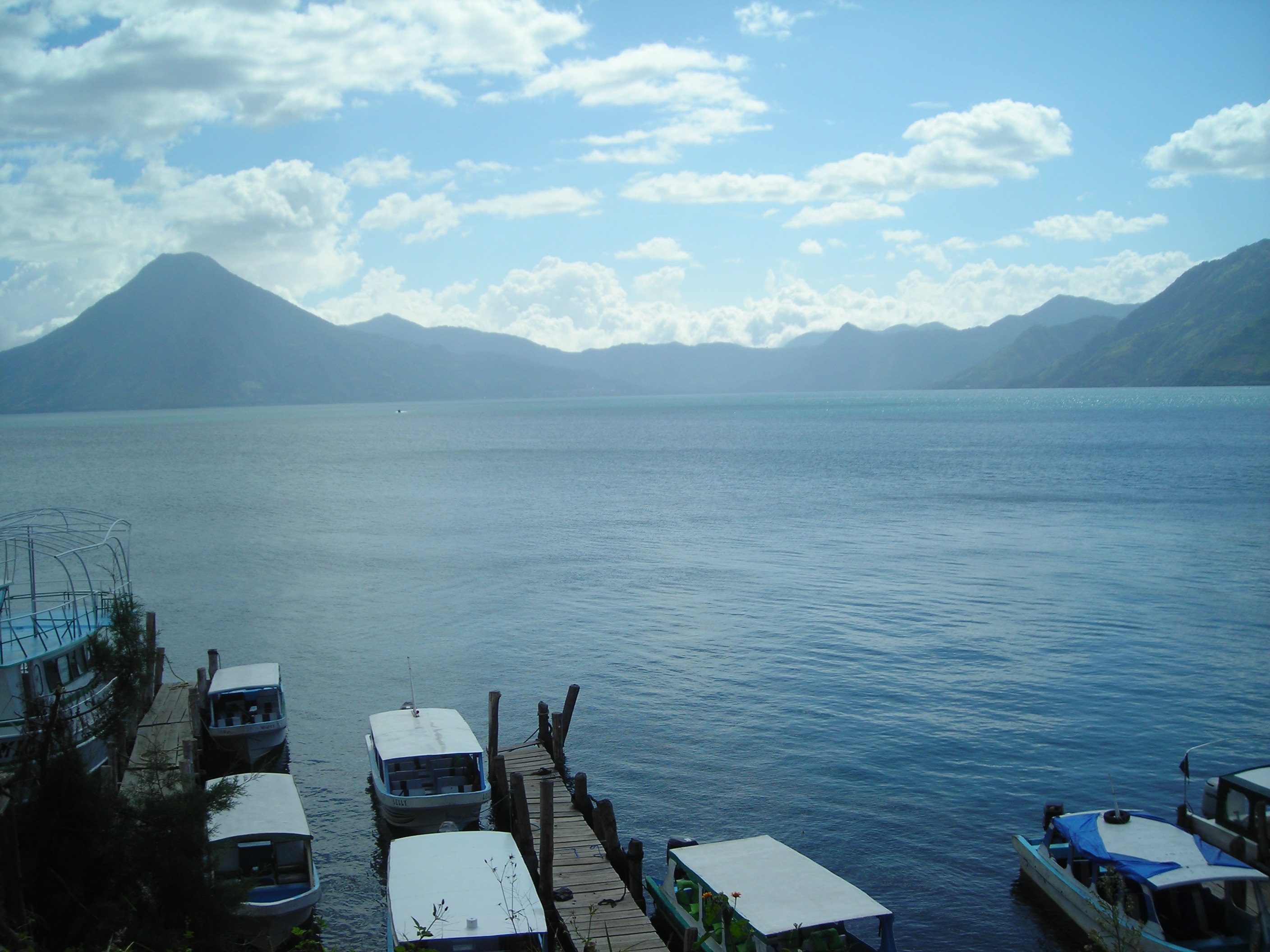 After lunch that day, we got ready to leave Panajachel in boats for our campsite on the other side of Lake Atitlan.

In retrospect, the boat ride to Lake Atitlan was pretty dangerous. Not only because the waters were slightly rough during the time of day we were on the lake, but because of the amount of stuff and people we had on two small boats.

We made the mistake of loading the first boat with most of the luggage into the bow of the boat in addition to about 12 people. When I stuck my hand on the side of the boat, the water was halfway up my forearm. The second boat held the rest of the group and almost no luggage. I was pretty nervous the entire boat ride—which took maybe 45 minutes (but felt longer!), because I didn’t feel comfortable with how much the tiny boat was carrying.

Even though our boat wasn’t as fast as the other since we were carrying more weight, the other boat didn’t get to the campsite before us. That’s because they ran out of gas and had to wait for us to catch up and pass them an extra tank of gasoline. It was literally a handing-over of a gas tank between boats in the middle of the lake! lol

As soon as we got to the campsite, we unloaded our gear and started setting up the tents. I am usually really good at putting up tents, so I wasn’t expecting it to be too difficult. But when I opened up the bag and took out all the parts, I was shocked to discover that I had no idea how to put it together since the type of tent was one I had never encountered before. There wasn’t even any instructions or anything—there was just a whole bunch of disconnected metal rods and a huge wrinkled, folded up tent that I didn’t know what shape it was supposed to look like. After a lot of tries and confusion, we FINALLY were able to get it together…

We stayed at the campsite for two nights. We swam in the lake, took boat rides to visit the other villages for dinner, stargazed (I saw 2 shooting stars in one night!–more than I have in many years!), toasted marshmallows by the fire and just bonded.

There were also a lot of huge scary spiders, no electricity and no running water. I shared a tent with 4 other girls, and all of our luggage. But each night, I slept so well since I was so tired from the long days.

Camping by the lake was a wonderful experience! It was so peaceful and the view was breathtaking. More pictures to come in my next post!