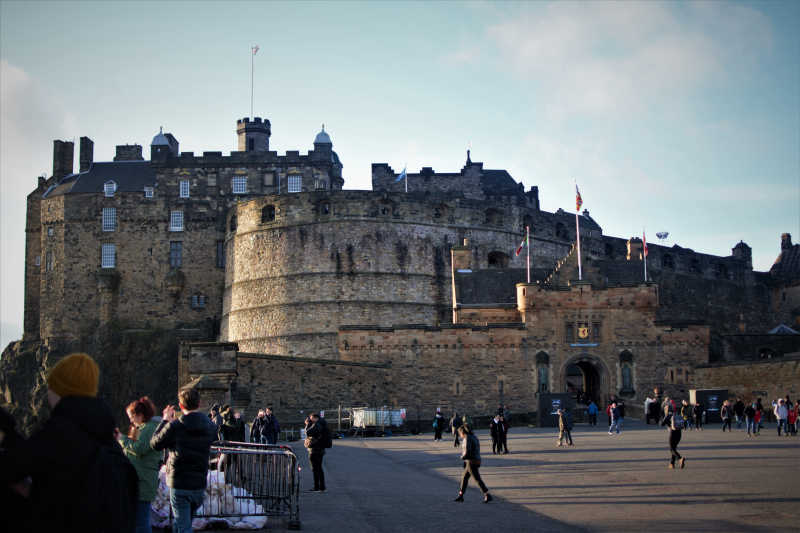 (Yes, I know they’re called rooks, but I needed a pun) Hiya lads and lasses! I did my final wee bit of Scotland exploration this week, which is to say, I finally did the one touristy thing I’d been avoiding doing for all too long. I went to Edinburgh Castle. AND I went INSIDE Edinburgh Castle.

I’ve been avoiding this a bit for a few reasons. First, it’s rather cold and windy in Edinburgh, and the castle is at the top of a hill, where it is colder, and windier (lame excuse, but I’m cold constantly here). Second, it’s actually a bit pricey to get in (£17) and I can buy a lot of food for that much money (also a lame excuse, but eating helps ease the pain of the cold). And third, there’s a stigma that if you visit the castle before graduation you will fail your exams. Which, I know, I’m not a full time student here. Or superstitious. But that would be a very unfortunate outcome.

Anyways. To the details. The castle isn’t really a palace or anything like that. It’s more of a series of small building protected by a wall, and sitting atop of one of Edinburgh’s 3 extinct volcanos. Each of the little building has been converted into a museum of sorts, with different information about the history of the castle, famous assaults on t he defended, and a few oddities (like the history of the Scottish guard). There was also one really big cannon that could apparently fire about two miles. That’s just a wild concept to me. The entire castle had gorgeous overlooks of the city and stunning architecture. Anyways, I figure it’s a bit better explained through pictures, so enjoy!

The highlight of the day was seeing the ORIGINAL stone of scone, you know, the thing that Justin and I took the train all the way to Perth to see the replica of. Funny enough, it was just sitting in a glass case, a casual block of metamorphic rock chilling with the Scottish Crown Jewels. Of course, they wouldn’t let us have a scone with this one so that trip was still very much worth it. But it was a bit of a shock to see it here, especially because I thought it was in London.

Anyways, we did make it to the castle. And, even through wind that almost knocked us off our feet a few times, we crushed being tourists.