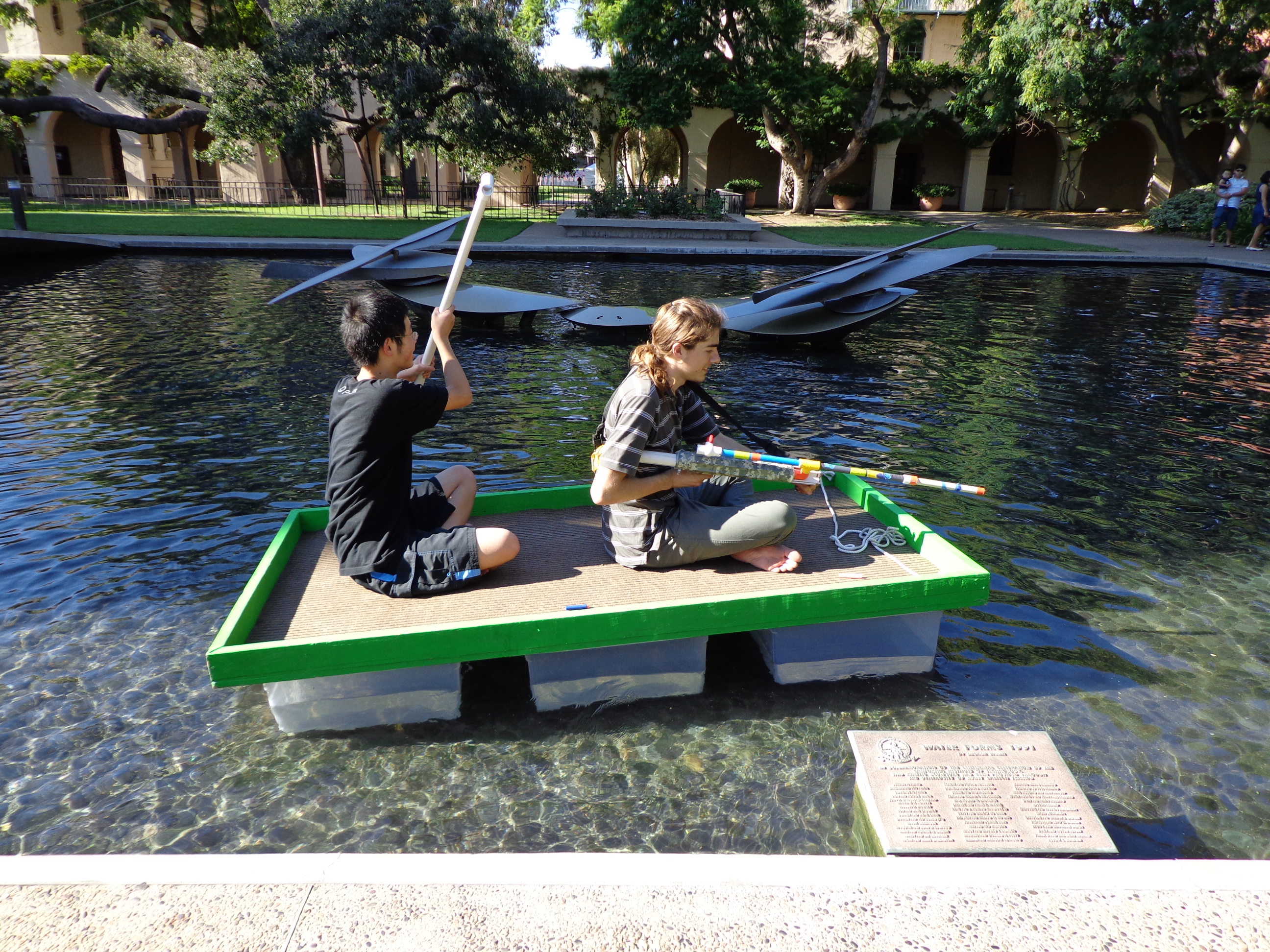 For Caltech’s Prefrosh Weekend last term, some people in my house decided to build a boat to give prefrosh a tour of Caltech. (The slogan was “See Caltech the way it was meant to be seen…from a boat!”) The best place to sail the boat is in Millikan pond, which is probably the deepest non-swimming pool body of water on campus - it’s somewhere between calf and knee level.

The boat itself is a piece of plywood with six plastic storage containers on the bottom for flotation, and 2x4s for railings. The lids aren’t even close to watertight, but the containers are taller than the water depth. This also makes it really hard to fall out of the boat, and impossible to tip. If it isn’t balanced properly, some of the storage containers hit the bottom and the boat just slants a little. It even makes standing up on the boat pretty easy!

Kevin and Sven sailing around Millikan Pond. The boat barely doesn't touch the bottom.
Sven steering and me standing We used a PVC pipe to steer and push off of the buttom of the pond. Since we were also filming a few clips about the "Dabney navy" for the house rotation video, the person who isn't steering has a Nerf gun. We got more Nerf guns for an amphibious assault later: We did get a few strange looks from some visitors just walking around the campus, but mostly people were just surprised that it floated. While we were at the Millikan Pond, Sven rescued a turtle that somehow was trapped in the pond. Caltech has a turtle pond right next to Millikan Pond, so Sven returned the turtle to its friends in the turtle pond.