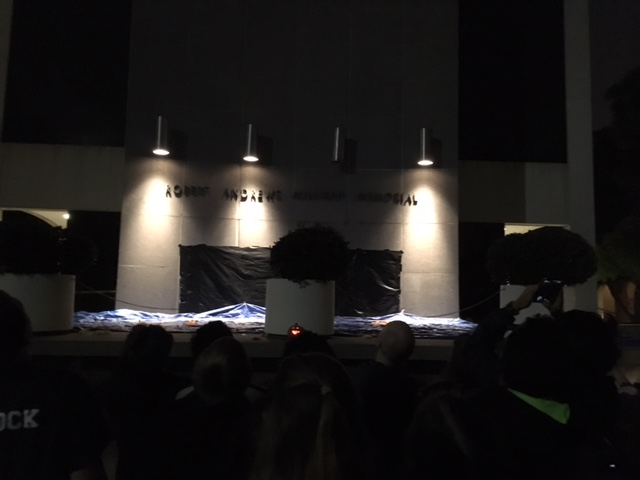 As I talked about last time, each house gets pumpkins to do something with in celebration of halloween. While most houses carve them, Dabney holds its annual Pumpkin Drop at the very end of the day on Halloween night. This event consists of Darbs freezing pumpkins using LN2, usually far ahead of time so they can freeze and crack sufficiently on impact, and then dropping them from the top of Millikan. This is usually done in conjunction to music, so that the impacts are (theoretically) timed with any particular musical emphases.

The Final Countdown is always played beforehand, until the pumpkins start dropping. It lasts about 5 minutes, and the thuds as the pumpkins impact are very satisfying. The impact area is always cordoned off, but shards of pumpkin usually fly away from said area, and often into the crowd.

As it is at night, pictures don’t really capture the drop very well, which is why it’s always nice when some glow-stick pumpkins are thrown over the edge. Check it out: