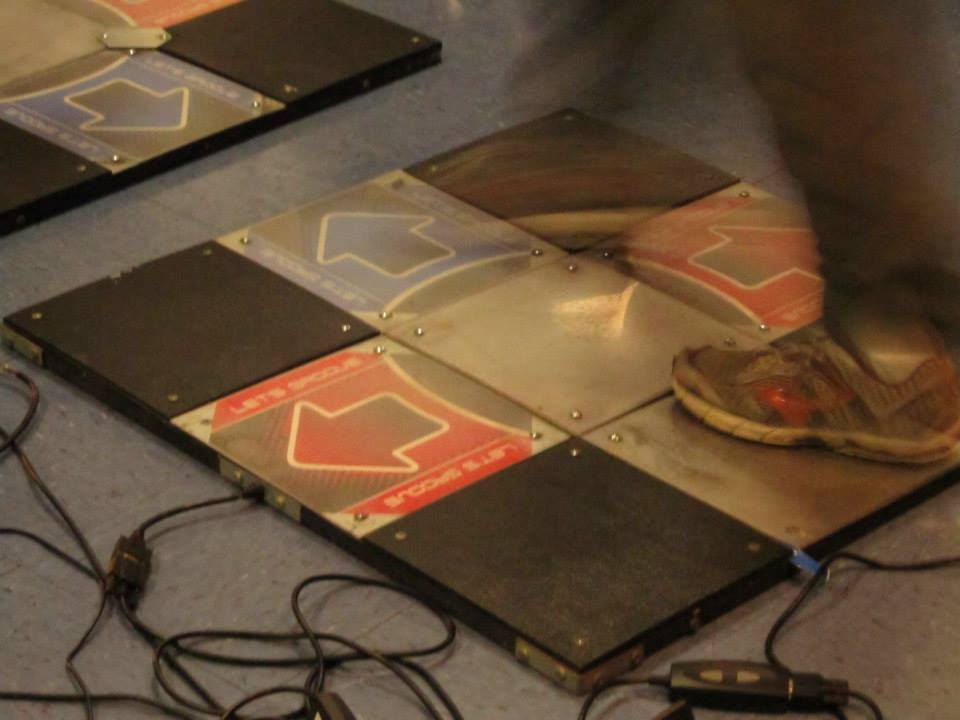 There’s a lot of people here that enjoy playing Dance Dance Revolution (DDR). (If you’re new to DDR, here is a nice introduction.) During the school year (and summer when club members are around), the Caltech DDR Club plays DDR every Friday evening, and sometimes on other days as well. Generally we connect the DDR mats to a laptop, and then use Stepmania, ITG (In the Groove), or OpenITG to play DDR. One of the nice features of using a laptop instead of a dedicated game console is that you can create your own custom stepchart for any song. Additionally, it’s easy to find songpacks online where people have written their own custom stepcharts, so you never get tired of playing the same songs over and over again. Since we play at least every week, it’s pretty easy to improve fairly quickly (several people play level 9s, 10s and 11s, and a few can play 12s). Generally, level 9s have 8th notes between 150-200 bpm, meaning there are between 5-7 steps per second. Level 10s, 11s, and 12s often have 16th notes between 120-200 bpm, meaning there are between 8-14 steps per second! (forutnately not for the entire song) Because there are usually several hundred arrows in a 1.5-2 minute song on these levels, playing DDR is a pretty good workout!

The camera had trouble capturing foot movement. (Photo taken by Elly S.) Unfornately, a few weeks ago, one of the DDR mats had soda spilled on it, so it currently doesn't work. I tried to connect it to a different circuit board with CAT5 (Ethernet) wires, but it still didn't work - seems like we'll have to take apart the mat to figure out what's wrong with it. The mats do have to be cleaned a few times per year, though, so we've taken them apart before.
Cleaning a DDR mat There's also an unlocked (i.e. no arcade credits/coins needed) DDR arcade machine in the basement of the South Houses that can be used at any hour of the day! It's in its own room in the basement, so the music and any stomping won't bother anyone.
DDR machine in the basement