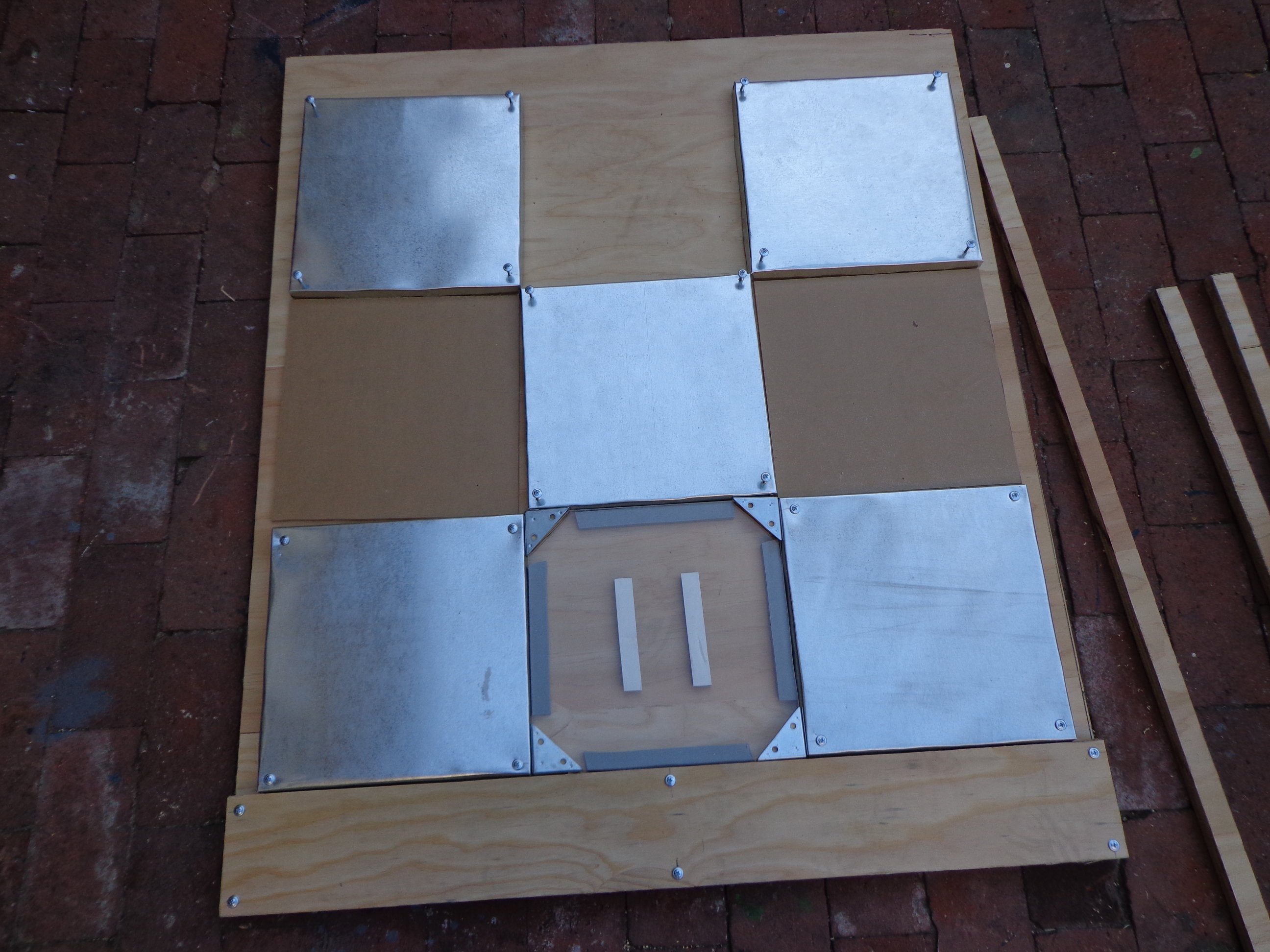 Today (Saturday) I spent several hours working on building the DDR mats with some other DDR club members. (You can view my previous posts about building DDR matshere and here.) We finished coating nearly all the non-arrow panels with sheet metal so it’s smoother and doesn’t have splinters, and got one arrow panel (the bottom one) mostly finished. It currently doesn’t have any wiring or sensors since we need to do lots of soldering for that, but the plastic arrow panel itself fits perfectly under the four corner brackets. The gray foam is 1/2” weatherstripping foam that the plastic arrow rests on. Eventually we might paint or put a printout of an arrow on the bottom of the plastic, but for now it’s useful to have it transparent so we can easily see if anything under the arrow panel is misaligned or broken.

Close up of arrow panel The main time-consuming tasks were hammering the sheet metal around the wood panels and cutting lots and lots of small wood triangles. Fortunately, with five people total, most things went fairly quickly. The small wood triangles we had to cut fit under each corner bracket, and they have to be perfectly cut to the right size. If they're too big, they'll get in the way of the plastic arrow, and if they're too small, we won't be able to put screws through them. Unfortunately, it is really really hard to cut triangles to the right size within 1 mm with a wobbly bandsaw, so most of the triangles ended up being slightly too small. Quite a few triangles had to be discarded because they were just too small or were crooked. For triangles that were just a millimeter or two too small, we had someone put several layers of duct tape on the edges of the triangles until they fit correctly in the corner brackets. We finished 16 of these triangles; only 16 more to go! (We're making two DDR mats, and each arrow panel has four corner brackets.)
All the imperfect wood triangles waiting to be taped or discarded Next weekend, we hope to finish the other arrow panels and get the sensors working enough to test an arrow!