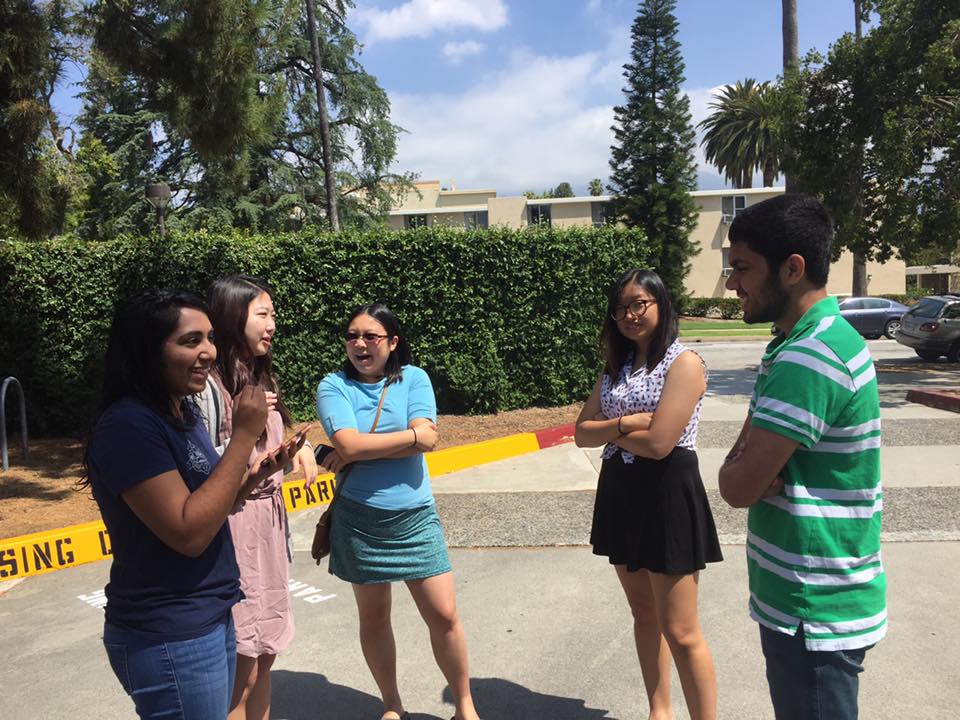 Dim Sum with the Alley

As one of the UCCs (Upperclass Counselors) of my House at Caltech, I take my alley (hallway) off campus once in a while for edible excursions. On Saturday I decided to do a dim sum trip to Full House Seafood Restaurant in Arcadia, California. Our little group of 6 that could make it had dim sum experiences ranging from none (Karim) to “first and only time last summer” (Sarah) to “have been 3 times in the last 3 months with various groups of people” (me). It would be a lunch outing ripe with adventure and shared experiences.

There is an unfortunate dearth of cars in the alley this year, so we ordered an Uber for transportation. As Arcadia is fairly close by, the one way trip would cost about $14 for the six of us. Standing around sharing our histories with dim sum in the picture below are, from the left and going clockwise, Surya, Gyu Bin, Sandra, Sarah and Karim.

We made it to Full House in good time and stood around waiting for our table to be called. After maybe 15 minutes, we were let in to the sight of crowded round tables draped with white cloths and steaming carts of dim sum being pushed around by the staff. Over the course of the next hour, we proceeded to eat our way through plates and bowls of:

Hopefully I’m not forgetting anything else.

Karim was trying chicken feet for the first time:

He said he didn’t like it too much, he thought.

“Join the anti-chicken feet club!” Gyu Bin cried, to which Sandra interjected, “That’s only because you can’t get over the fact that it’s feet!” “…though I have eaten goat brains before,” Karim added, which sparked a conversation on the craziest foods we had ever tried. This included freshly dead squid that still flailed around on the plate when you added salt, intestines stuffed with meat, and pufferfish.

Afterward, we went for some boba at Ten Ren next door:

We took leftovers home, where I partitioned them into bowls for the people who couldn’t make it today. Usually one gives goodie bags filled with sweets, but I think goodie dim sum bowls after an alley event can be even better…

Full House – would recommend for dim sum. Till next time! Anita