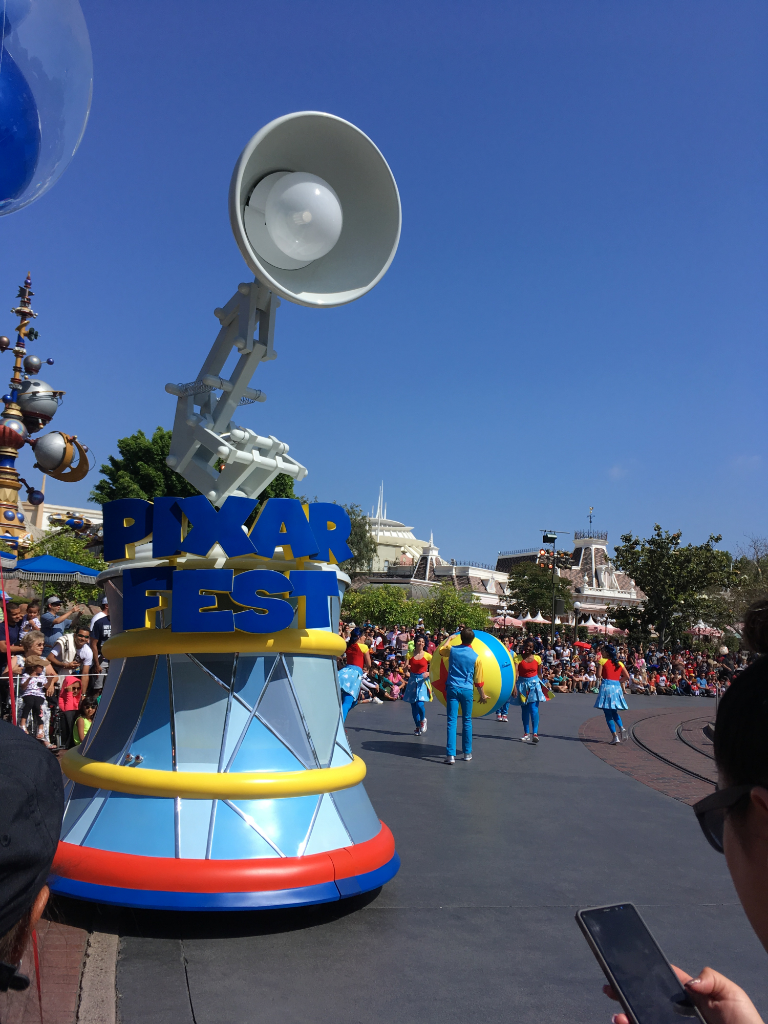 During the last weeks of school, I went to Disneyland! Right now, Disneyland is holding Pixar Fest, where they have a Pixar themed parade and special Pixar merchandise. I hadn’t been there for several years, so I was really excited to go! It was a weekday, so the lines weren’t too long. We also used our Fastpasses effectively, so we only really had to wait in line once :) The costumes for the parade were all really well designed! I especially liked the Up costumes :)

Of course, the rides at Disneyland were fun. I went on Splash mountain for the first time ever :O I also saw a dog with Mickey Mouse ears and sunglasses!