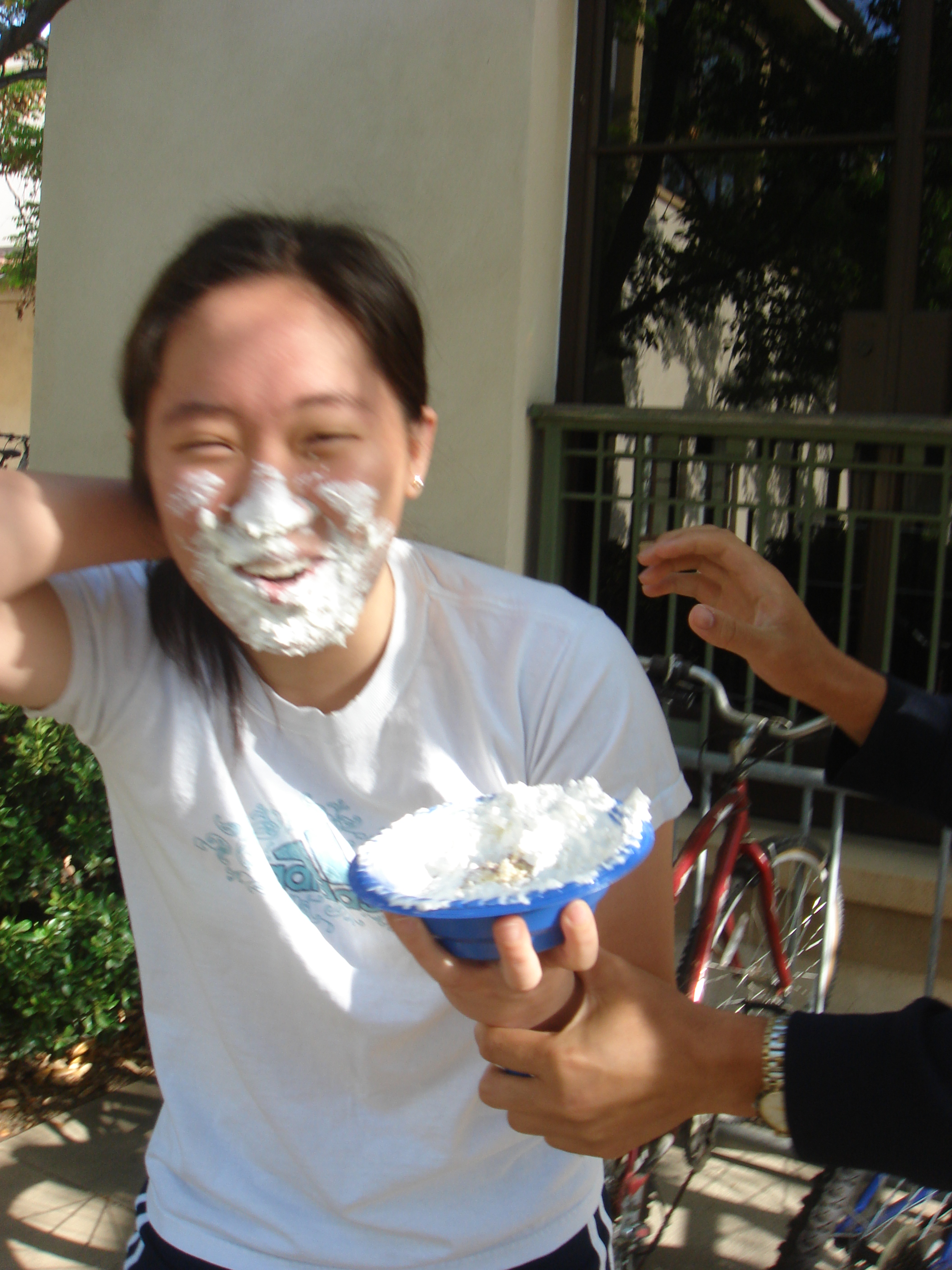 Last Friday, all the seniors across campus ran around the alleys of the Houses banging pots and pans yelling “WAKE UP! IT’S DITCH DAY!” Ok. Usually, we wake up 10 minutes before class, so for freshmen like us, it’s around 9:50 and then we rush off to class. What time did the seniors wake us up Friday? 7:30. In the morning. But being freshmen and hearing all the great things about Ditch Day (if you don’t know what it is, it’s one of the best days of the year at Tech), we all wake up excitedly, rush off to the lounges and search for stacks to sign up for.

Except it was fake. But don’t get me wrong. Even if it WAS fake, and we lost so much sleep, it was still pretty amazing. I signed up for the “Doraemon Stack” (OK maybe the name doesn’t sound too exciting, but hang in there!) and we had to do the following: We first started off with breakfast. It seemed innocent enough, eating red bean pancakes with whip cream (apparently Doraemon’s favorite food). Except there were clues hidden in the pancakes. And we couldn’t use our hands to eat. Some nice friends of mine thought it’d be nice to pie people with these whip bowls. Let me tell you, whip cream up your nose hurts.

DK pied poor Jackie :( Next, they decided that we should have Doraemon equipment. In other words wear the little caps with the fan on top.

Yea. Imagine running around all morning with these. (Say hi to Luke if you ever see him).

Next we ran around looking for Doraemon figurines all over campus, collecting the little guys to form a secret message:

There’s a tiny doreamon action figure on the statue in front. Millikan pond is also freezing in the morning…

The secret message said we should go to Watson lab, and arriving there, we found a homemade flamethrower (lighter with dust-cleaner aerosol can) and a large bag in the tree. We were supposed to burn down the string holding the bag with our flamethrower, but we accidentally pulled the whole thing down…

In any case, they led us through a few more sidequests and then finally we got a message written in invisible ink. We were supposed to use heat to reveal the hidden message, but the candles didn’t produce a large enough flame to let us read it…so we used our flamethrower.

And set the whole thing on fire.

Yup. That’s it. Apparently the message was “Go to sleep frosh! Ditch Day is Tomorrow!”