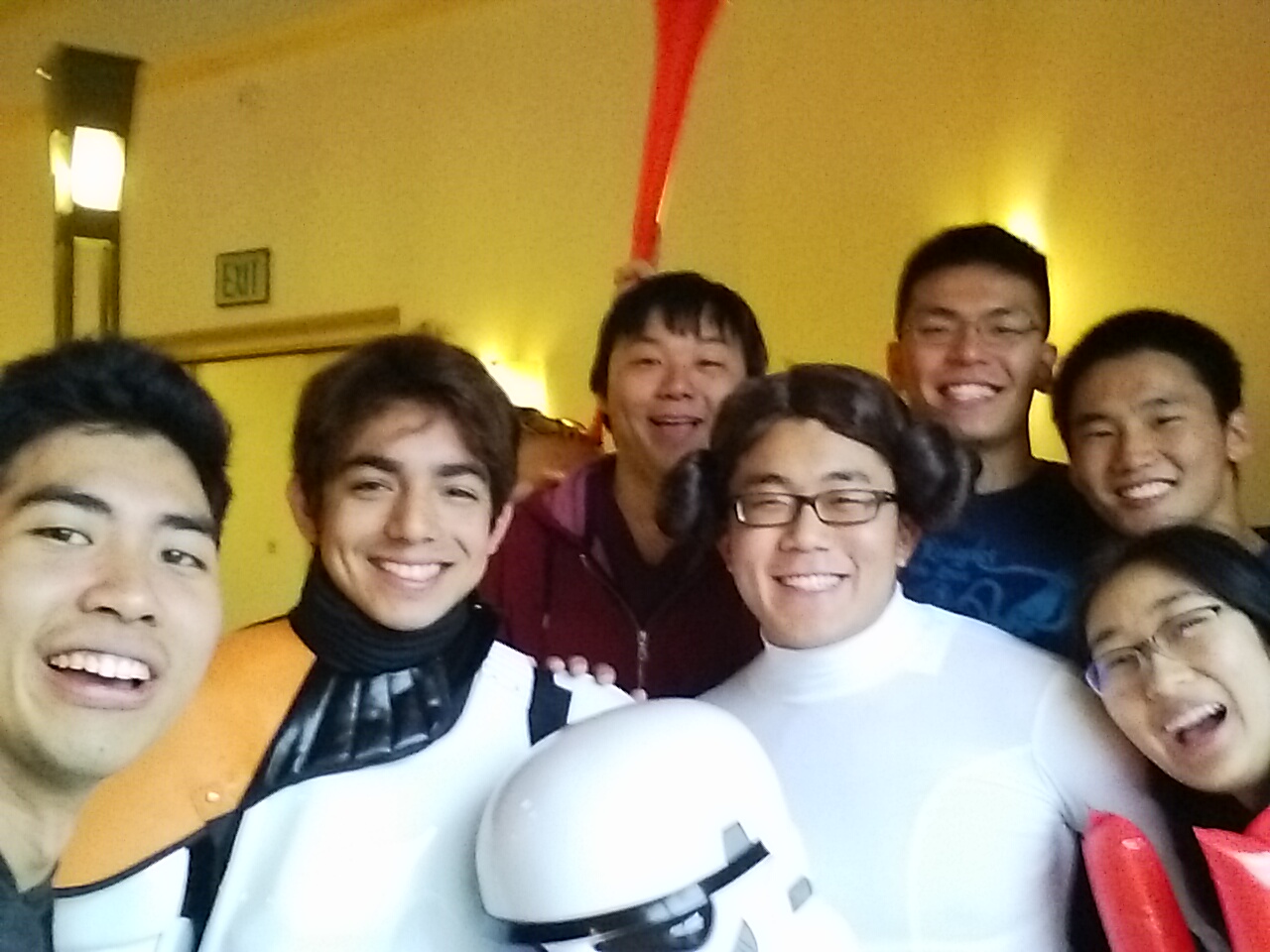 Ditch Day to the Stars!

Sorry for the extremely belated post. I know I’ve been really out of touch lately, and I’ll talk more about it here.

So three weeks ago, we had another fake ditch day. This one in particular was a campus-wide fake, which was part of an entire day’s worth of events detailed below

The nice thing about campus-wide fakes is that very little preparation is generally required, since higher authorities take care of the hard part of the activities, and our only responsibility is to wake the kids up and set the atmosphere. This included a spontaneous idea on behalf of mywonderful wonderful friends to dress me up as Princess Leia and give the “go out to Broad Lawn for your next activity” speech.

We then sent the underclassmen out to Broad lawn, where all the houses came together to play one enormous 20-minute game of capture the flag with thundersticks as “lightsabers.”

We then went on with our days, since a lot of people had class during the day, but as promised we had a Star Wars themed dinner. Look at the TIE Fighter for the DJ station!

Finally, later in the night I went out to the screening of Star Wars: The Force Awakens, which was showing inside the “Wedding Cake”, Beckman Auditorium. Not a common venue for us, and all the more exciting to wrap up a full day ofactivities (it probably sounds really short on paper here, but that’s because I skipped over the part where I went to three classes in between. Because that’s the boring stuff, you don’t care about how we can model neutron stars as degenerate Fermi gases at high pressures right?)

Sorry I’ve been so out of touch. I’ve started doing a lot of tutoring this term, because some of the hardest classes of the Physics and CS majors are third term, and consequently I’ve been effectively retaking a lot of these hard classes (Ph106, Ph125, CS24, CS38, then TAing ACM95). I’m going up to somewhere around 12 hours/week of 1-on-1 tutoring, and each session is exhausting because of the difficulty of the course material. It actually is a lot more work than my actual classes! Consequently, I’ve stopped auditing all three of the classes I originally planned, but life is a lot better now :)