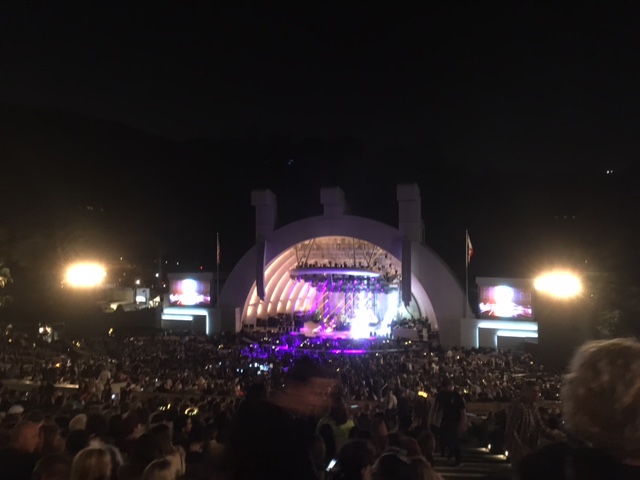 5 months ago, my friend and I bought tickets for the Imagine Dragons EVOLVE concert at the Hollywood Bowl. We waited with bated breath the whole summer for the day to come, and finally, on Sunday, it happened.

We went to the EVOLVE concert!

It was an amazing experience. Although the concert started at 6:30, we didn’t arrive until around 8:30 – in time for Imagine Dragons to start their set list at 9:00. They played through almost all of the songs in EVOLVE, starting with “I Don’t Know Why”, and leading into the classic: “It’s Time”. The powerful songs that they play definitely got me pumped – songs like “Demons” and “Gold” – but I really loved the acoustic versions they sung in the middle of the concert. It was really cool because for “Dream” and “Bleeding Out”, Dan Reynolds came halfway up the Hollywood Bowl to sing more classical versions of those songs.

They ended with “Believer”, which was a great song for the end of a really magical evening. Imagine Dragons is as good in concert as they are in their tracks. Oftentimes they are better too! I’ll definitely be going again the next concert that they have.