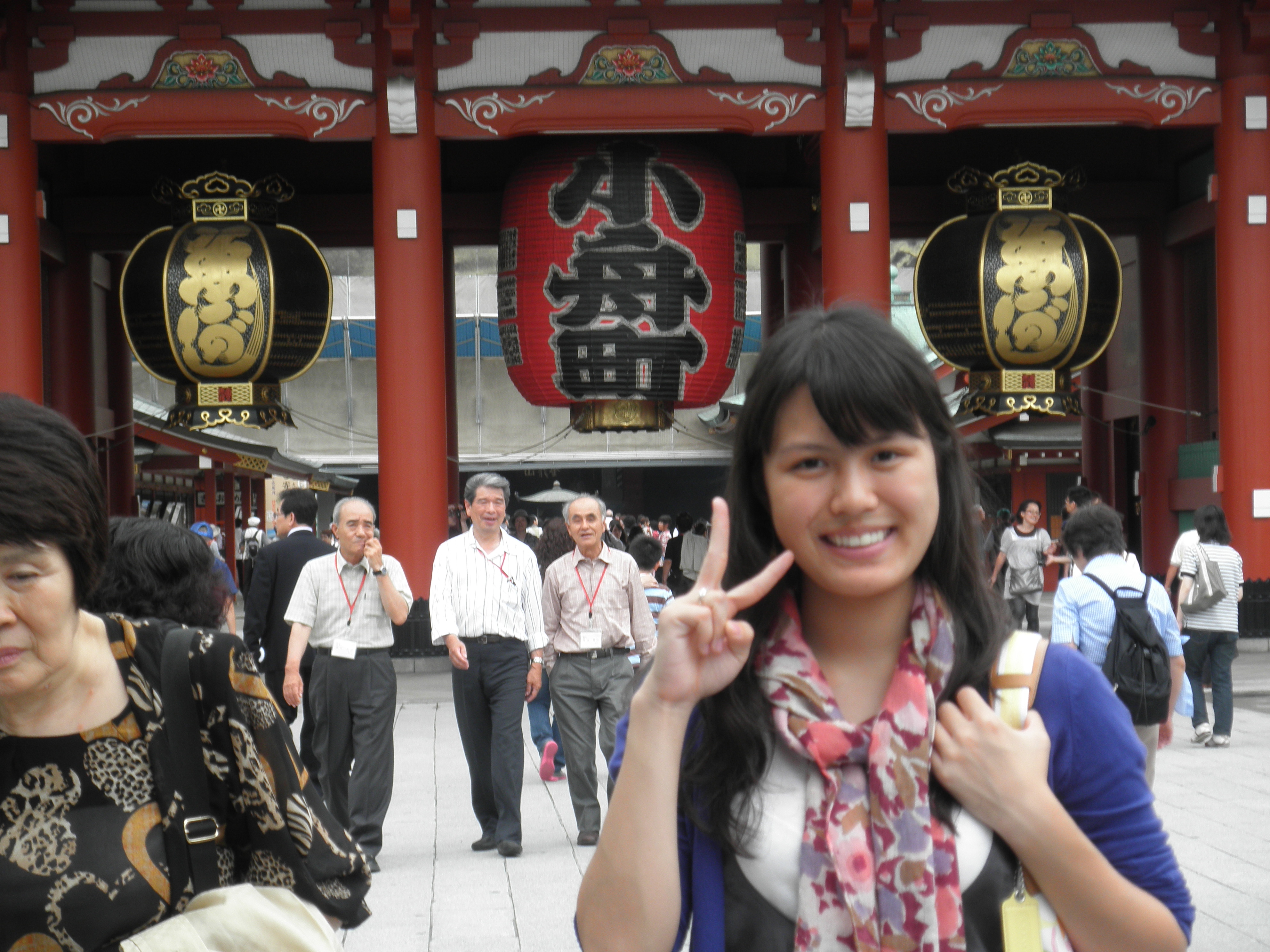 After so many days of rain, Wednesday came full of clear skies and no rain in sight! Deciding it was too nice of a day to spend inside shopping and eating, I decided to head over to the Asakusa district where there is a famous temple called Sensouji Temple. It’s a huge temple with many traditional features such as…

Huge paper lanterns called “chouchin”. This is one has the name of the town that donated the money to buy the lantern. These kind of lamps are often found in temples like the Sensouji Temple right before the main structure.

(Sorry, I lied… This one will definitely be the last one that’s flipped. I promise!)Before entering the temple, you must cleanse your hands and mouth with water from this fountain.

The smoke from the incense is supposed to bring good health to wherever it touches… So, many people fan in up to their heads which is supposed to make you smarter!I did that too so let’s see if it really works next year!!

After doing these cleansing rituals, you can then enter into the temple itself. Because the inside is a sacred place, no pictures are allowed, sorry!!

Most temples offer a kind of fortune telling called “mikuji”. For only 100 yen, or roughly 1 US dollar, you can get your fortune told! It’s a little different than the Western kind that involves glass balls, tarot cards, or tea leaves. All you have to do is shake this container, and a stick will pop out. On that stick is a number that corresponds with a drawer (as depicted above). Each drawer contains a different sheet of paper that tells you your luck which ranges from the best of luck to horrible luck!!

Afterward, I went to a small burger chain restaurant in Japan called “Mos Burger”. They’re famous for their rice burgers, which as you can tell, are made of “buns” which are actually patties of rice that are lightly grilled. In between this one is a shrimp and vegetable fritter, but there are also ones that contain Korean short ribs and stewed Japanese vegetables!

And what trip to Japan would be complete without having gone to a sushi restaurant? Depicted above is an assortment of tuna rolls, shrimp, octopus, clam, and other traditional fish sushis.

Mmm.. octopus sushi, my favorite! Time for more exploring!! Till next time