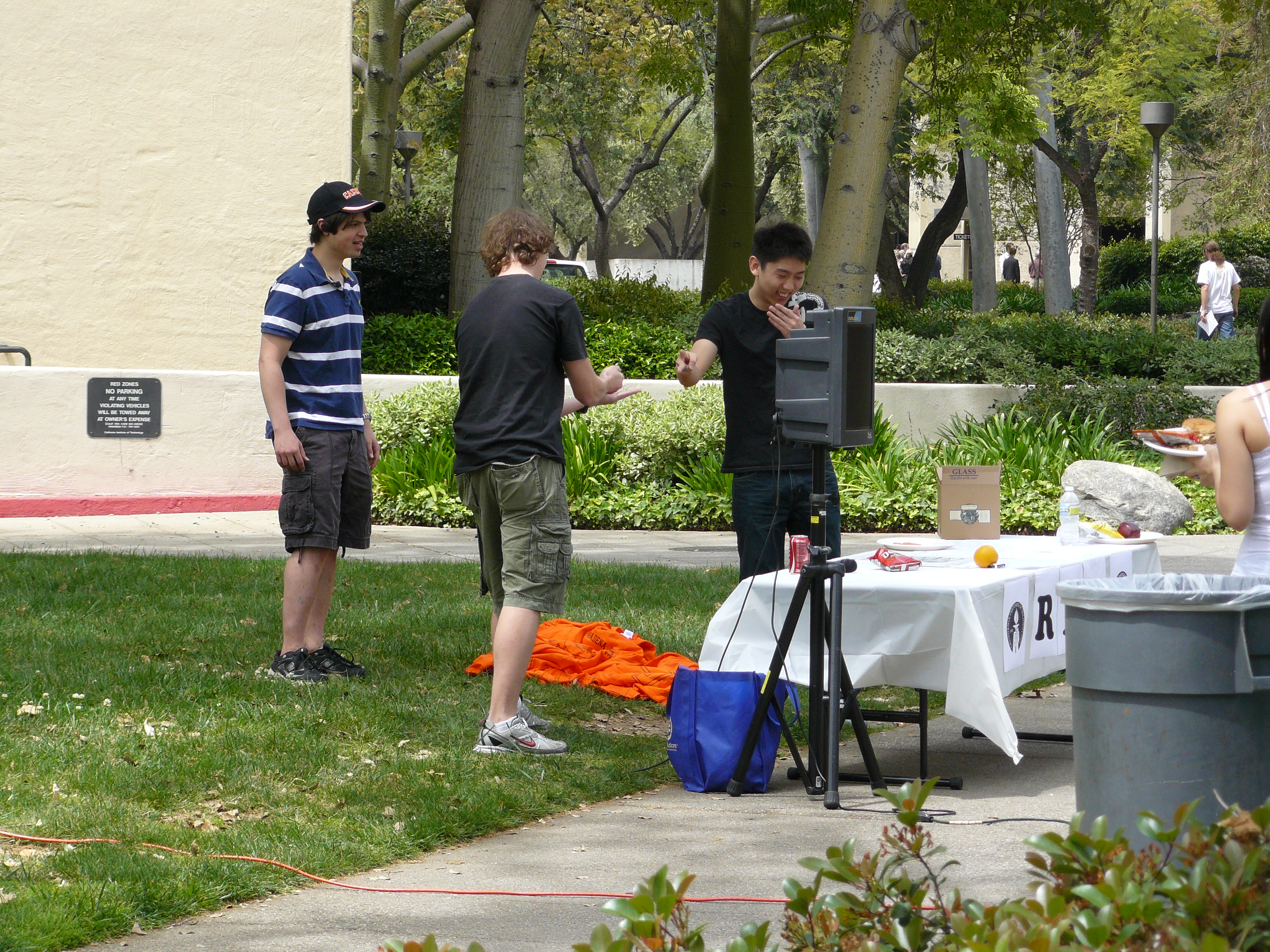 During dinner we had live music and later that night more houses hosted more events. Blacker Hovse had a Quidditch game and Page House (my house) had Midnight Wieners (actually at 10pm). There were many things going on that day but you could tell that Prefrosh Weekend was coming to a close as suitcases were heard rolling around campus. It was somewhat melancholy because the weekend worked out so well and now it was obviously finishing during the weekend it seemed that the Prefrosh were enjoying themselves. It was a bit strange being on the other side of things being a Frosh and remembering that one year ago I was going through the same things as the current Prefrosh. I’m not saying that I didn’t enjoy Prefrosh Weekend this year. In fact, I had a great time being on campus and meeting the Prefrosh and their parents. Finally being a Techer only helped me connect more to some of the Prefrosh more because I could understand what their concerns were and I could also see what the answers to most of these concerns were. I must conclude that the Class of 2014 seems to be a fun and bright class so all of us here are waiting for you guys next year! I wish you the best of luck in you college decisions and I wish that you are happy with your final choice. Once Prefrosh Weekend ended the campus seemed especially quiet. First, the roaming Prefrosh were gone. Second, there was no more music or other sounds that are necessary to entertain Prefrosh. Finally, all the Techers buckled down to work. During the weekend earplugs sometimes did the job but then again, it was Prefrosh Weekend and I felt that since I enjoyed it so much last year, I should participate in it this year to make sure that other Prefrosh enjoy it too. So, the beginning of the week was especially busy so I had no time to mope about the end of a fun three days. However, tomorrow (Friday) will be a type of make-up Prefrosh Weekend and I think I’ll be having lunch with more pre-parents tomorrow! Cheers and good luck with upcoming AP/IB exams if you’re taking them! (If you’re nervous about starting college, at least keep in mind that you won’t have any AP/IB Exams to stress about. Of course, you’ll have Caltech exams if you come here but that’s a whole other story.) Nina. 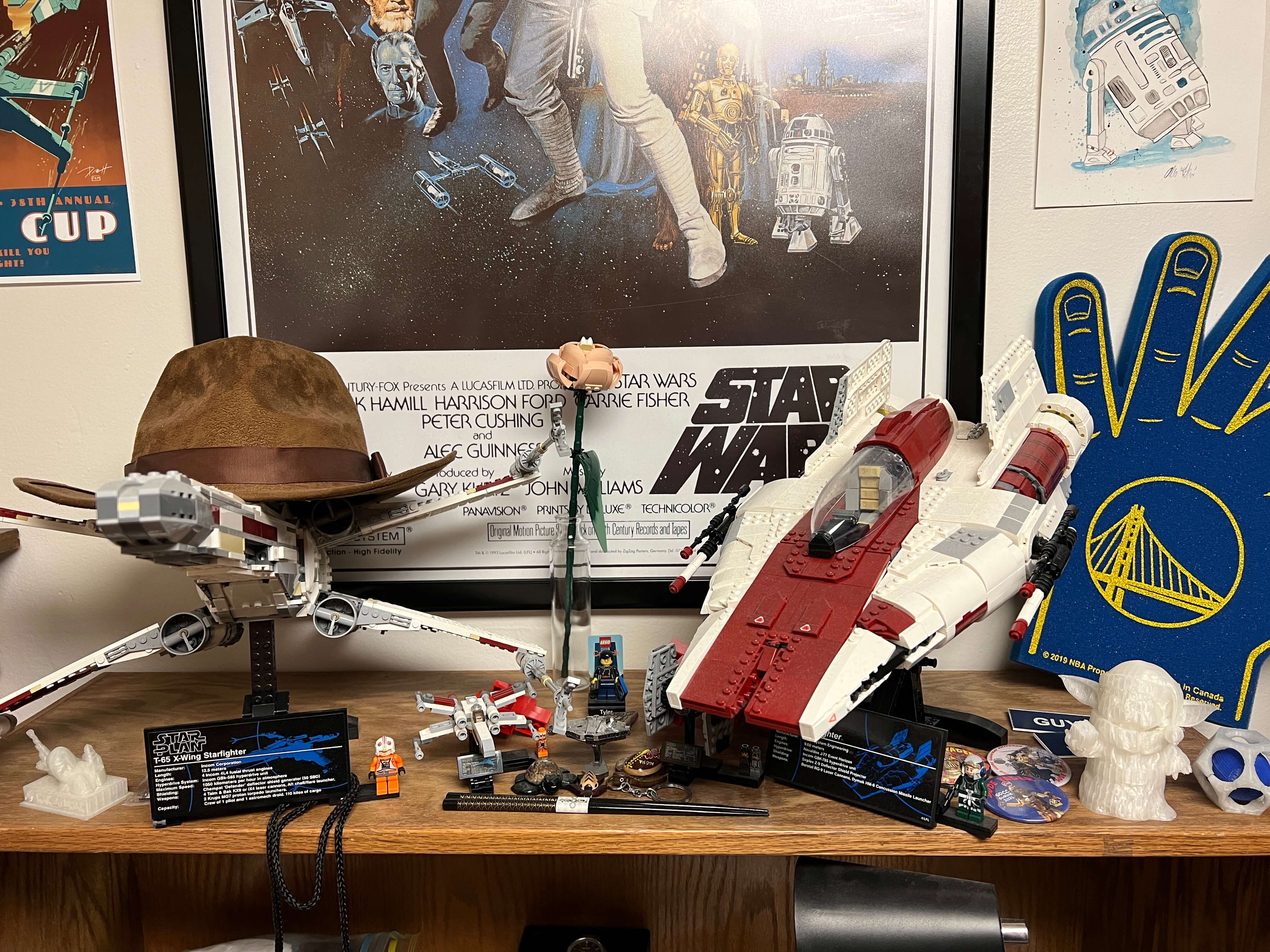 What's On Your Desk?

I feel like a person’s desk or workspace can tell you a lot about them. So, I’ll reveal my darkest secrets and take you on a tour of my desk at Caltech! To begin, I’ll note that the dorm rooms have varying sizes/types of desks, so not all of them look like this; for example, bunk bed rooms in some houses have a desk as the bottom “bunk”, and so the desk spans the entire length of the bed. In comparison, mine is a standalone desk with some shelves on top of it. Regardless, I think what matters more is what a person chooses to put on/around their desk, so it’s time to show you all the nerdy things I have decorated my desk with.