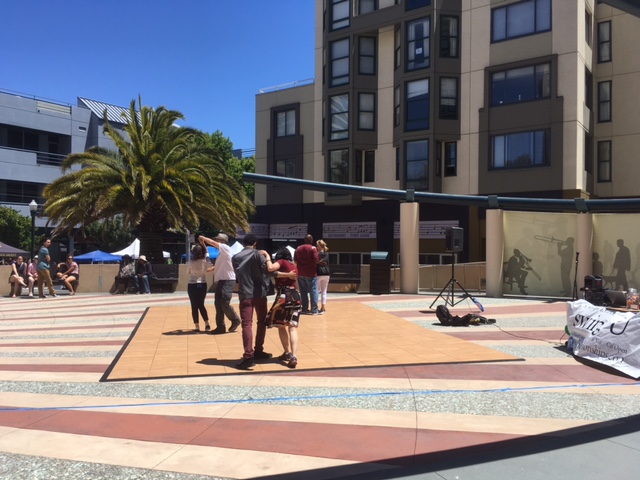 It’s not often that I am able to get out to festivals, so I have to enjoy them whenever I can. In the last weekend of June, I went to the Filmore Jazz Fest in San Francisco. This festival was huge. There were 10 blocks blocked off for the festival with 5 different large stages with live music. I went with my roommate and a group of her friends, and we wandered up and down the festival, taking in all the sights.

The festival wasn’t only for listening to the cool music, although I did a fair amount of that. There were a ton of stalls set up as well, selling everything from watercolour art to purses and floating plants. That’s not even including all the food and booze stands set up near every stage - for maximal enjoyment of the music of course.

My roommate loves swing dancing, so we visited an area they had set up specifically for that. After a while of dancing with some of the other people who had shown up, she literally dragged a couple of her friends on stage to start dancing with her. She managed to get us all to participate in a lesson they held as well, so I would say it was definitely a win for her.