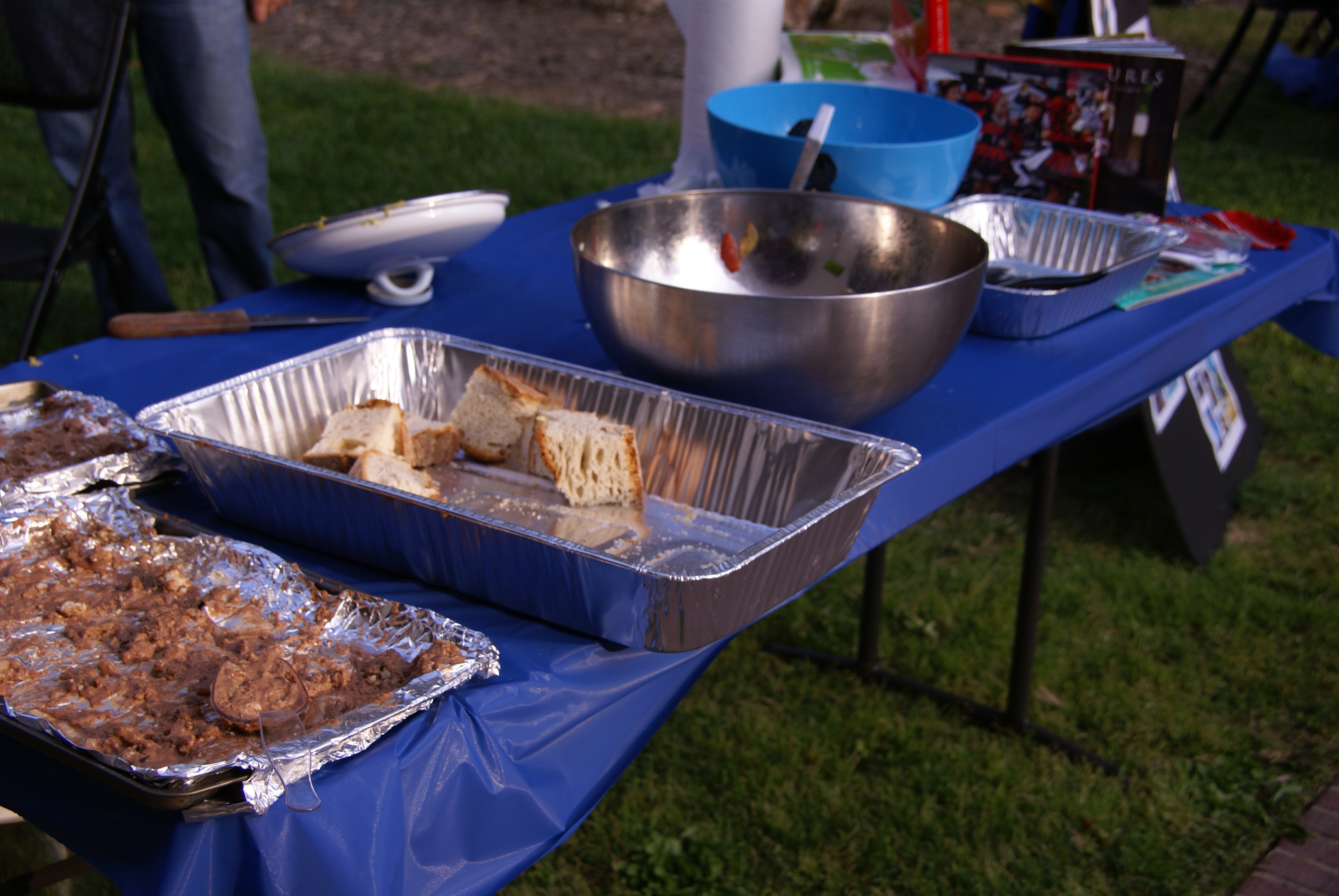 Last week was World Fest. That’s a week of events put on by the Caltech Y, the International Student Program, the Diversity Center and a bunch of other groups.

There were tons of booths with food - I think there were like 30 tables or something, which means – 30 types of food! I ate so much!

Each table had like 4 or 5 kinds of food, ranging from appetizers to deserts, so we got a huge spectrum of foods. My favorite “food” was the mango lassie from India and the tomato and cucumber salad from Romania. I also liked the pizza from Italy, the bean dish from Columbia, the pad thai and the Chinese noodles.There was so much stuff,and I really liked a lot of it!! There was a bunch of stuff I had never had before, too!

So, I was most excited to see this:

Caltech sustainability worked with the Y and ISP, who organized this event, to get these containers there. They also supplied recyclable plates and utensils. At least it wasn’t going in the trash :)

It was a great chance to catch up with a lot of people too - so many people were there! I saw a bunch of the ASB people again, and a lot of frosh!

After food, we had a cultural show. There were a lot of awesome events:

There were a lot of other events, but I didn’t get pictures of them. There were tons of people too:

After the cultural show, the Caltech Y also showed a movie, Women Rebel. It is about the revolution in Nepal, especially the women who participated (40 percent of the participants were women). The filmmakercame and talked. I had to leave early for bio recitation, butthe Y got a copy and Iwant to watch it soon!

World Fest Week also had a bunch of other events. I am blogging about another one, LiNK, too! The food fair / culture show was really fun and I had a great time / dinner!