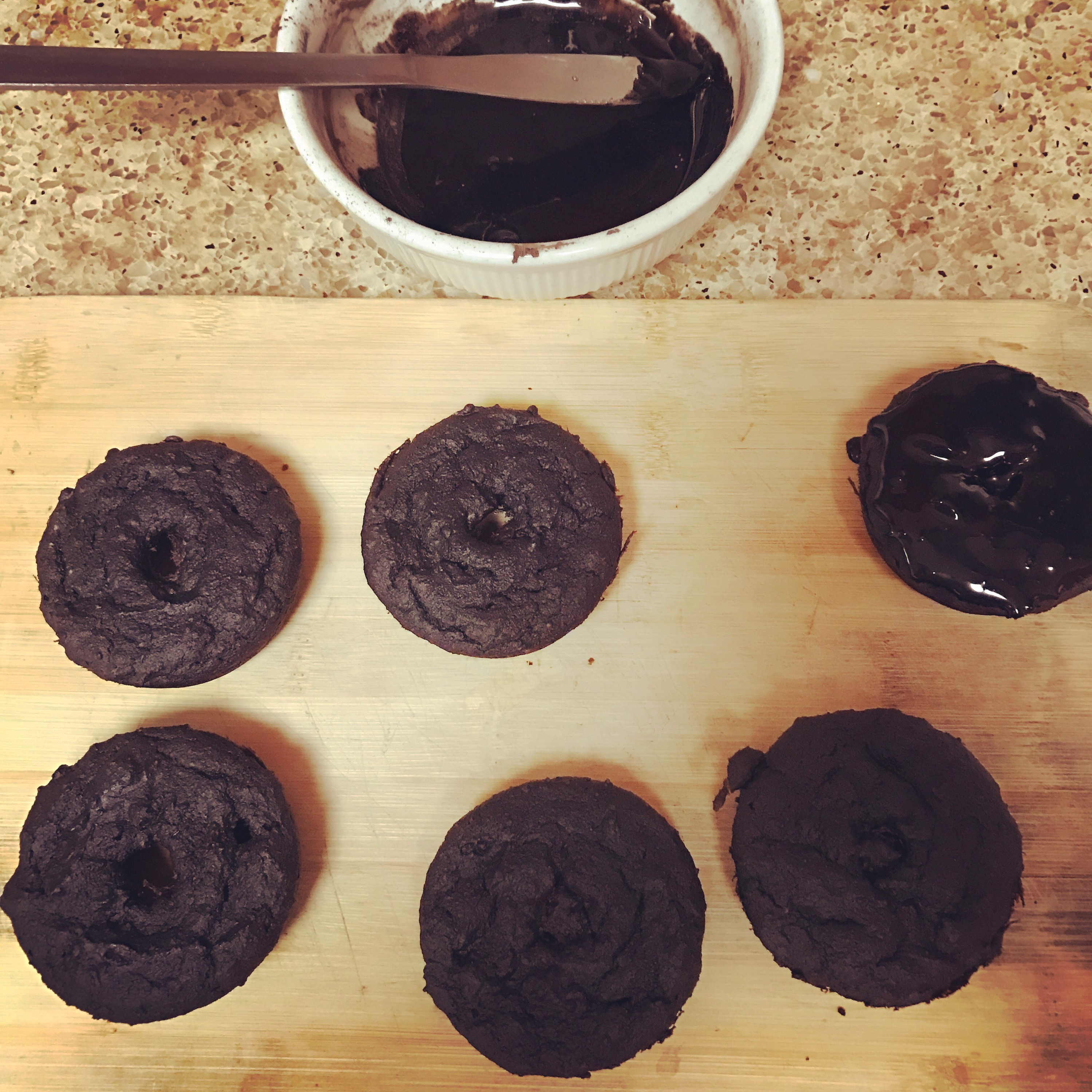 Procrastibaking: baking delicious foods because following instructions to create new products is almost like doing your coding homework, but allows you to put off doing your homework for at least one hour while still feeling productive.

Recently I’ve ramped up my baking productivity, perhaps because we are nearing the end of the semester and the urgency of my work deadlines is growing and the irrational desire to procrastinate all of that work is growing proportionally.

I have taken advantage of my brand-new donut pan to bake chocolate donuts! I also discovered something amazing: if you mix maple syrup and unsweetened cocoa powder together in a 2:1 ratio, you can create a glaze that mimics the Dunkin’ Donuts chocolate glaze almost exactly.

I’ve also discovered that banana bread muffins, made out of overripe bananas from open kitchen, can be a fantastic breakfast alternative to the cereal and fruit in open kitchen that you’ve been eating all year (and also make a great study snack).

Another weird discovery, not related to food: Silicon Valley has been filming on campus! They filmed a few scenes in the student center a couple of months ago, and filmed a big scene in front of the Annenberg Center (the computer science building) last week. Apparently they do all of their filming in LA but the characters are supposed to be visiting Stanford, so they came here to shoot. I spent the entire afternoon that day inside of Annenberg working on my CS122 project, so getting in and out of the building around the camera crews was extremely difficult (especially during live shooting). But seeing actors from one of my favorite shows up close was very cool. I managed to get a creepy photo from my professor’s office during a scene (please don’t judge me).