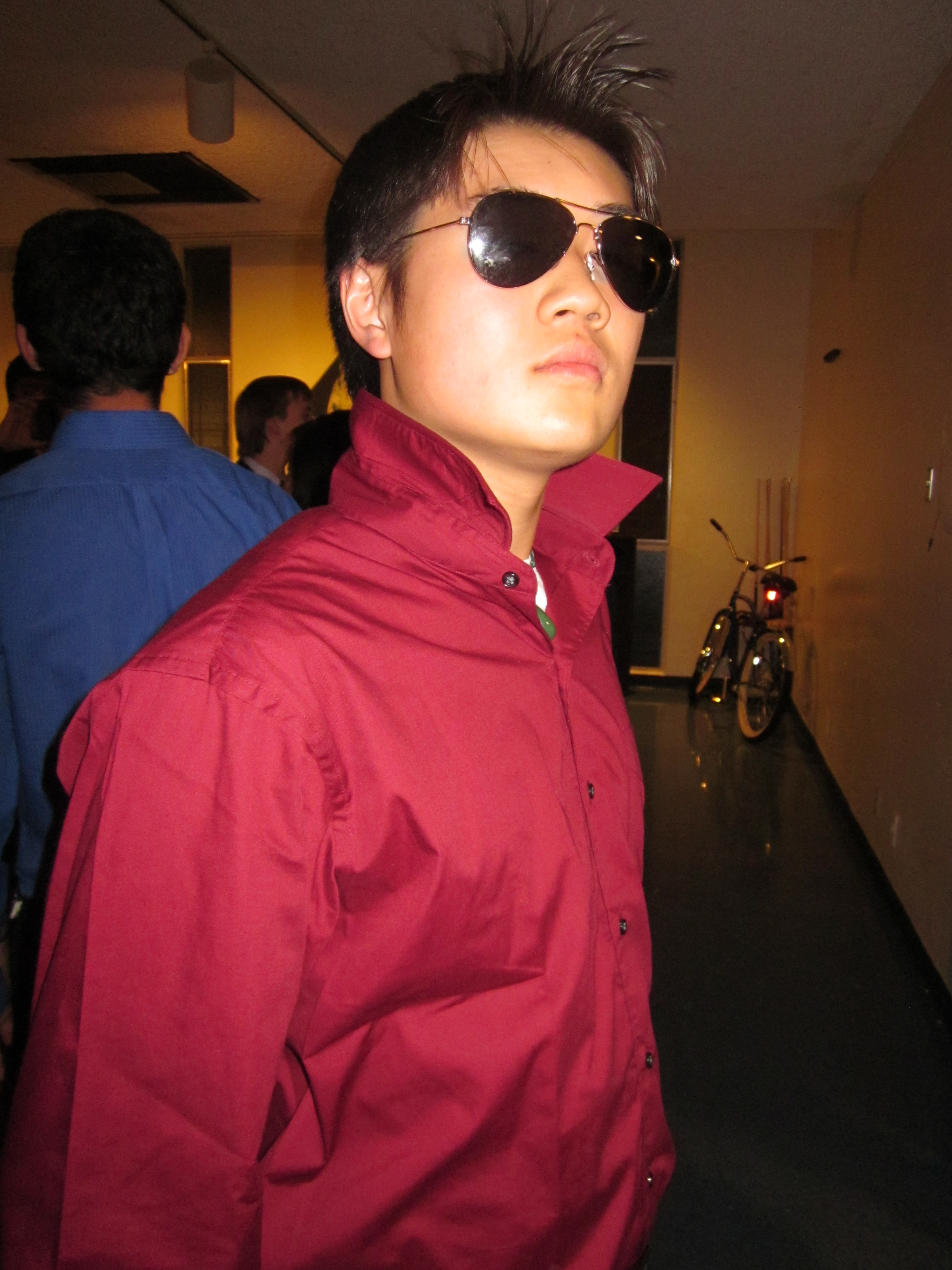 Last Tuesday was the second term formal dinner for Page House! Of course, like most dinners, you don’t have to be part of the house to attend, a bunch of people from other houses came too. Since it is a formal dinner, most girls come wearing dresses, and guys suits or dress shirts. Of course, if you don’t want to, you don’t have to dress up. One of my girl friends came wearing a polo shirt and nice pants. One of my guy friends decided to dress up like this:

There were a lot of pictures taken during the 30 minutes of reception before dinner. Albert took a lot of awesome pictures which can be found here. Formal dinner, as usual, is much better than regular dinner. However, the best part of the night wasn’t the scrumptious meal of soup, croissants, steak, and dessert, it was the signing of the Page Book! First, it was signed by the old and new ExComms of Page House. After that, it was signed by all of the freshmen in Page, our final induction into the house. Every freshman was introduced by an upperclassman who knew him or her fairly well. Most of the introductions involved inside jokes known by most people in the house, which brought on a lot of laughter. We’re now officially pageboys :)