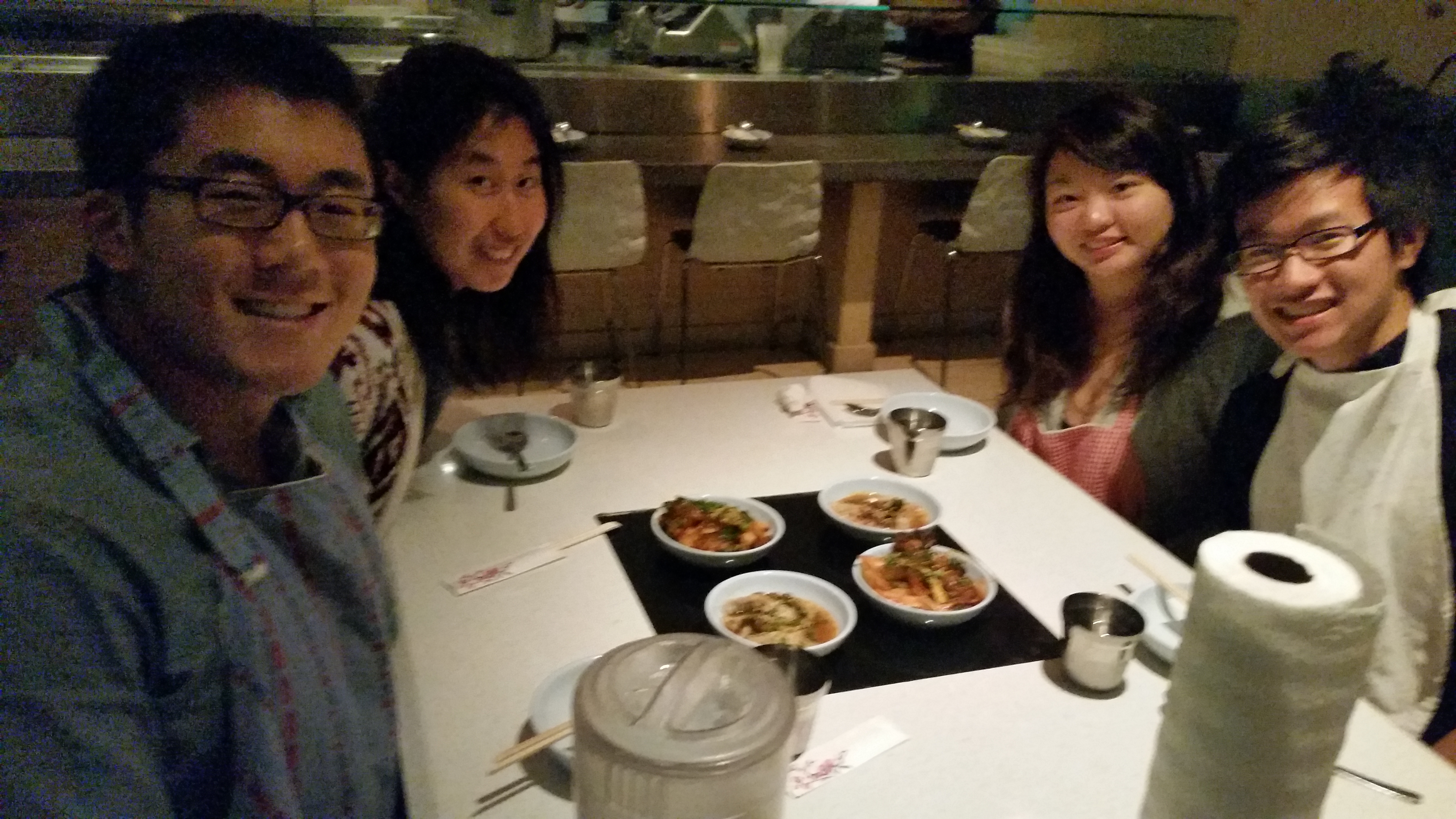 Hi all! Long time no see again. Let’s just go through the laundry list of all the fun things I’ve been up to, then I’ll tell you a bit more about my life here at the good ol’ California Institute of Technology.

First, a friend heard about some DineLA deal, so we decided to pick one of the available restaurants which was this Korean place, and check it out. It was supposed to be relatively discounted fine dining, so we were all pretty excited to see what it was all about, as well as leave campus and all.

It was a pretty fun experience, leaving campus and all, but the food itself was a bit…unconventional. For instance, please behold a $14 dessert:

They say you get what you pay for, but I’m quite certain I’ve stumbled across yet another exception! I guess you’re paying in part for the decor as well as the Koreatown experience.

The funny part of the story starts here. I had a chamber concert immediately after the dinner, but I did some rough calculations and figured I could make it so I decided to go to the dinner. We first left late, then the dinner took longer than expected, then I had some difficulties with the Uber driver, but it ended up that I got on my ride home from Koreatown at 7:50PM when the concert started at 8PM!! Moreover, I was the third group to play, and I had no idea whether I would be able to get back by whenever those two groups would finish. Finally, I hadn’t yet changed.

The ensuing series of events could actually have made an action movie. I hopped off the Uber at 8:17, sprinted upstairs, was out the door again by something like 8:19 if not 8:20 (impressive since I was changing into a suit!), biked across to the concert hall, sprinted to the warmup room backstage to hear that the group before me was wrapping up. Having arrived before the start of my program, I decided to use the restroom like my bladder had been planning for the past hour, and heard applause right as I left the restroom, and onto the stage I went. My margin of error was no more than 90 seconds, yet I made it on stage. Honestly, I had one of the best performances relative to my preparedness of my performing life, probably because I was still panicking about the time to be nervous about performing! The aftermath, after 10 minutes of the third movement of the Mozart Kegelstatt trio:

Finally, on the next day, I had the privilege of hearing Yefim Bronfman play the Beethoven 1st piano concerto along with the LA Phil’s rendition of Mahler’s first symphony. It was great, despite it being a rainy day, and there were a few cute moments (like the pianist intentionally playing the final bombastic cadence of the first movement at a whisper, drawing laughter). I definitely enjoyed yet another concert at the LA Phil and will be on the lookout for even more concerts both to listen to and to write to you guys about!

That’s all for this post! I’m a bit backlogged on things to say, so I’ll be coming out with a few in quick succession here, bear with me :)