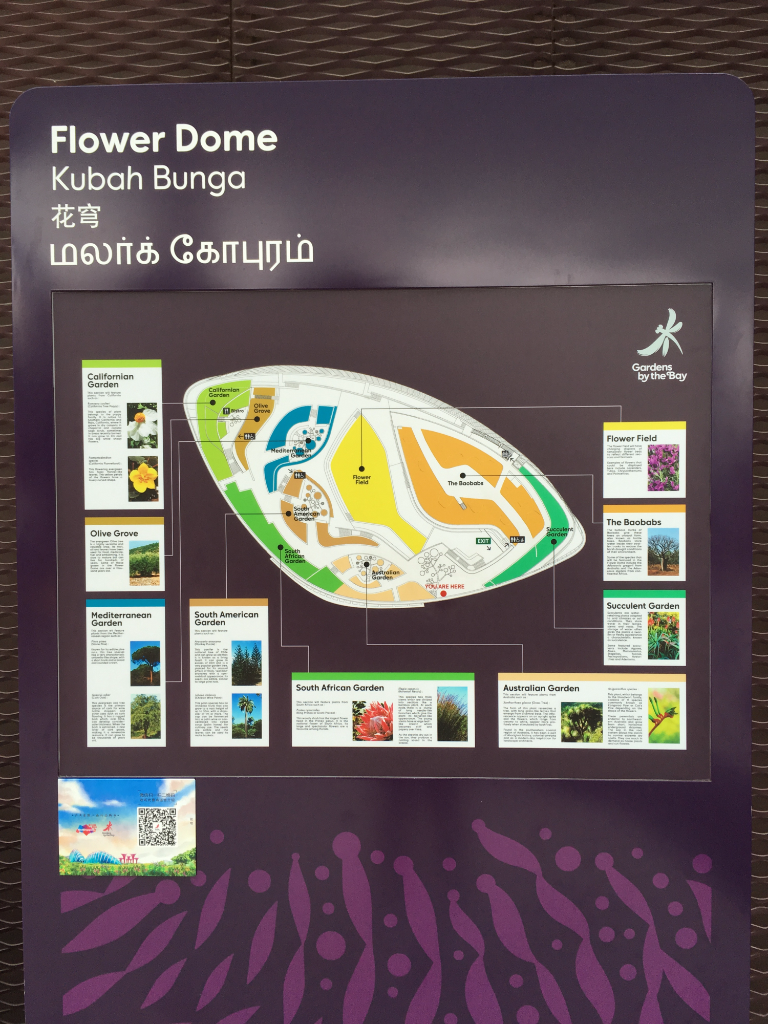 Gardens by the Bay

Gardens by the Bay is one of Singapore’s main tourist attractions. It’s a huge nature park, with three main attractions: the Flower Dome, the Cloud Forest, and the Supertree Grove. The domes are large air-conditioned spaces, filled with flora from different parts of the world.The flower dome is more a more dry environment and contains plants representing Australia, California, the desert, and other dryer environments.

Throughout both domes, there are pieces of art scattered everywhere. This portion of the succulent garden is named ‘Aloes in Wonderland’ and has all the various characters from Alice in Wonderland.

The cloud forest dome is much more humid and is regularly misted to keep up the humidity. It’s also fairly mild and cool, representing plants found in Middle-South America and South-East Asia. When walking in, there’s a huge waterfall structure, and to walk through the whole dome you ascend 7 stories up the waterfall to the top of the ‘Cloud Mountain’, and then make your way downwards.

I really enjoyed the Cloud Forest because there were so many orchids of different kinds, and they were all so beautiful! Next up is the Supertree grove, which are vertical gardens containing ferns, orchids, and more. They also act as huge vents for the hot air from the air conditioned domes.

From the domes, you can walk to an area called Marina Barrage, which has amazing views of the ocean and of the city skyline! It’s very relaxing and nice to just sit there and rest. People fly kites there as well, which I think is super cute.