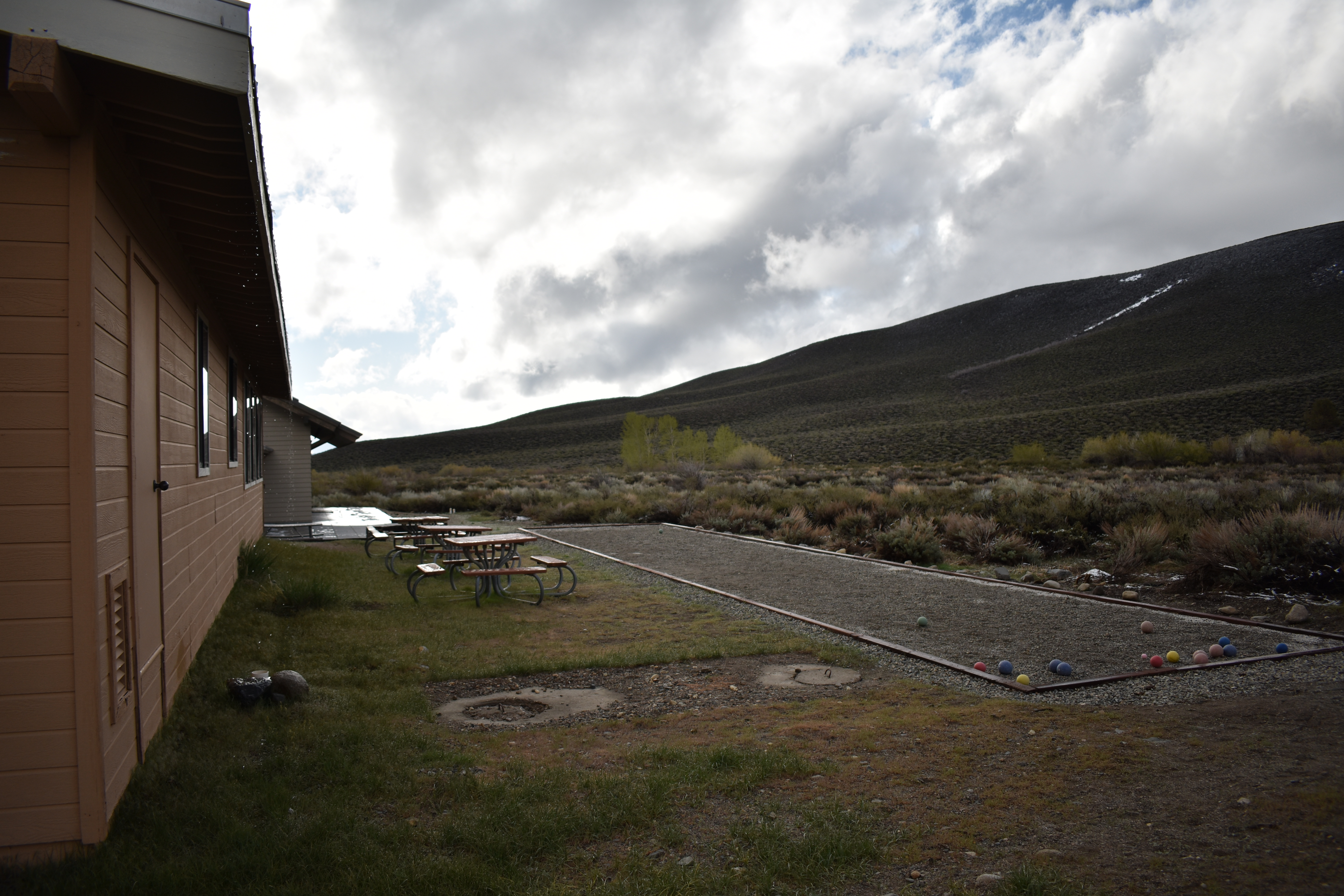 At the end of my last post, I was riding the bus towards camp and dinner. That night, after a hearty pasta dinner, we explored the camp. Behind our cabin was a hill, which looked like it’dhavea really nice view of the mountains behind, so after eating, we set out for the top. It was nearing dark, but the distance looked mild. I had no doubt we’d make it up in fifteen minutes.

Cabin on the left, hill on the right.

Shortly after leaving the cabin, however, we realized that there was a stream between us and the hill, so we had to take a detour to cross on a bridge. We hadn’t even seen the stream from the cabin—what else had we missed? We crossed the stream, and for the first few minutes up the hill, we ran. Then the slope and shrubs slowed us down. Forty minutes and many breaks later, we wearily finished the climb, our hamstrings burning. Distances can be deceiving. We piled onto a boulder and took some pictures before returning to camp.

The next day, we woke up early and headed out in the bus for a long day of geology. We visited several sites, so I’ll just tell you about my favorites. First, there was Hot Creek, where steaming, acidic, electric-blue water bubbled out of the ground and fed into a stream. The water is heated and acidified underground by magma, and rises to the surface in channels created by faults.

Back on the bus, we stuffed down our sack lunches so we could have more time to explore at the lunch stop, Convict Lake. As soon as we arrived, we ran for the snow. White fog drifted in over the mountains as we were about to leave, and as the bus pulled away, it began to rain.

This might be my favorite view from the trip.

Another great stop was Panum Crater, the remains of an erupted volcano. At the center of the crater, tall obsidian and pumice structures formed from thick, slow-moving lava. Our professor spent ten minutes explaining the origin and mineralogy of the crater, and then gave us twenty minutes to explore.

My friend Mary is a mountain goat.

The next and final day of the trip, we visited two more sites with huge boulders to climb, Movie Flat and Fossil Falls. Unfortunately, I overwrote those photos when transferring them to my computer, so I’ll leave you instead with the sunrise we caught that morning.