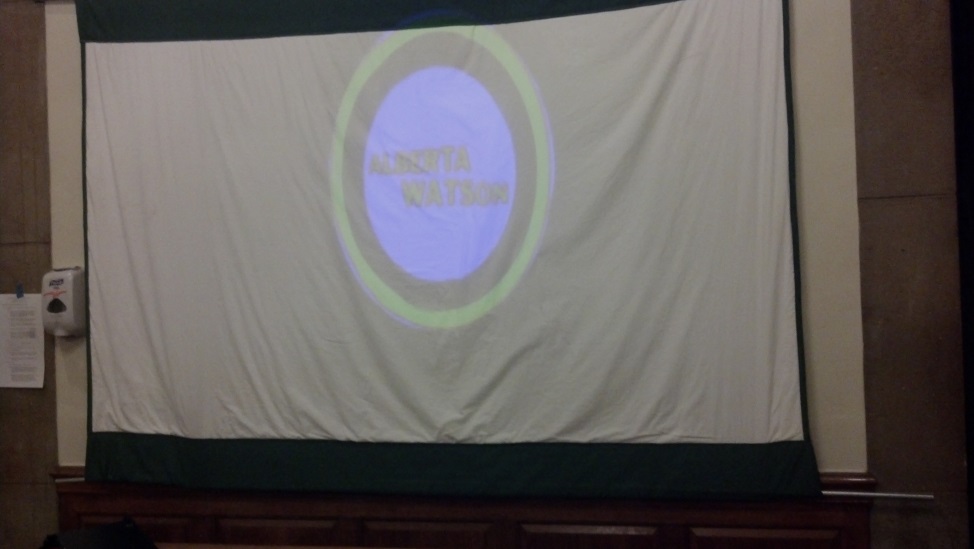 Many houses have a tradition of hosting Guys’ Night and Girls’ Night as termly social events. In Dabney, in addition to Guys’ Night and Girls’ Night (which are open to anyone regardless of gender identity), we also host Gender Neutral Night.** ** For Gender Neutral Night in the past, we’ve included events like cereal, milk and cookies, with board games. One of the times, was my first time playing Munchkin, a card game that parodies Dungeons and Dragons and other role playing games. The game ended up taking 4 hours, lasting up until 3AM. Apparently though, Munchkin games normally don’t take that long, we were just too evenly matched. Last night though, we had an after dinner showing of Hedwig and the Angry Inch, a movie musical about a transgender rockstar. It’s a really good musical, with several good songs to sing along to, as well as being funny and emotional, with a plot that gets deeper the more times you watch it. ** A picture of the movie starting to play in the Dabney Lounge.

Instead of cereal and milk and cookies, this time we had tea, hot chocolate, cider and cranberry juice. It’s always important to stay well-hydrated if you’re planning on singing along to a musical, right? (I think I also ought to make some sort of pun about genderfluid, but I’m not really sure how to go about it.) We also had coloring and drawing as well. Among other things, we found an adorable gender neutral coloring book, “Sometimes a Spoon Runs Away with Another Spoon”, that has a lot of gay or lesbian themed pictures to color in, as well as a lot of pictures that are gender-nonconforming, genderqueer, or otherwise LGBTQIA. What’s more adorable than subverting the heteronormative cis-centric paradigm than with coloring books? **