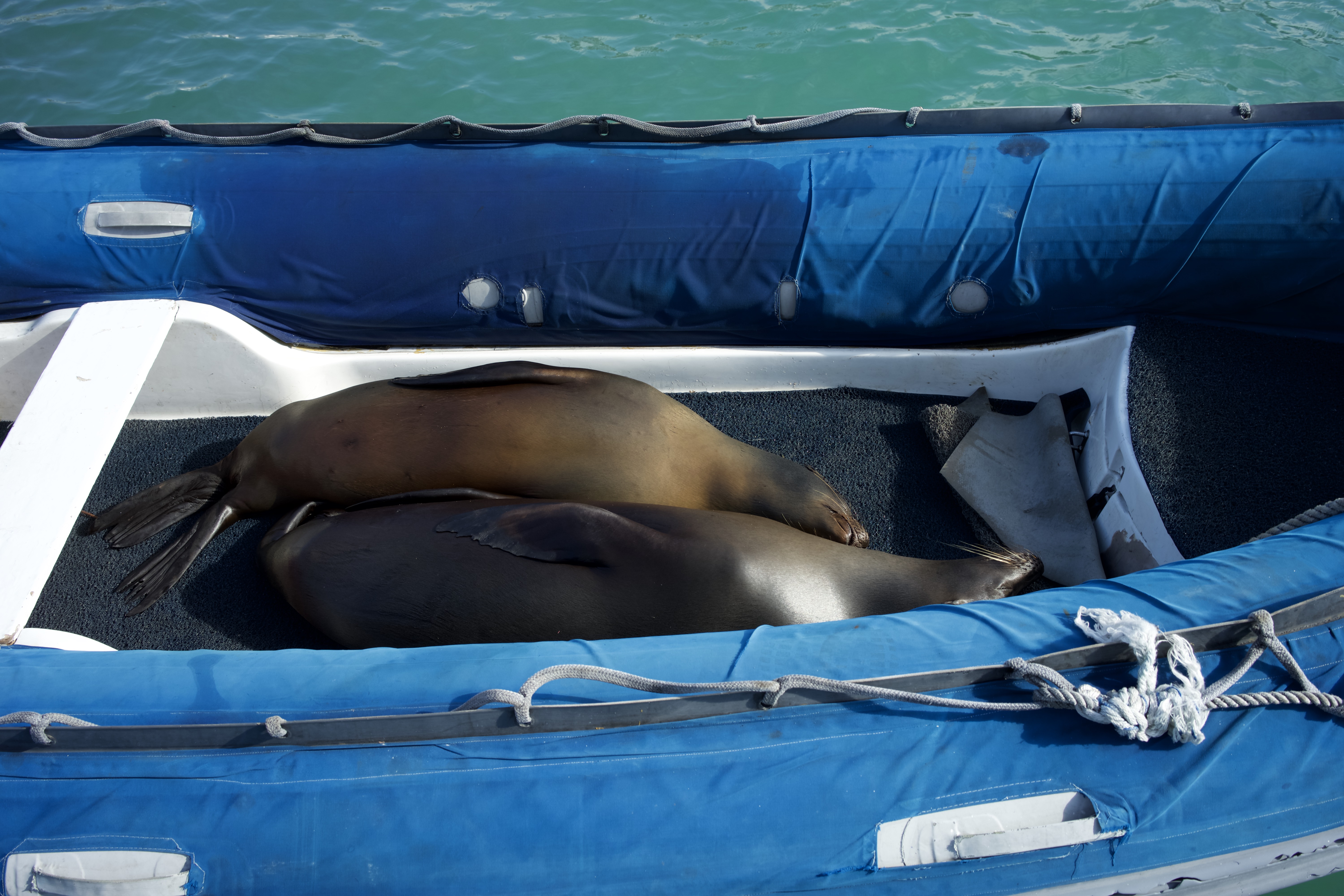 Going to the Galapagos for Class Part 3

After spending 3 days onGalavan, we were sad to leave the boat. We were headed to Santa Cruz island next, one of the few inhabited islands of the Galapagos. There, sea lions come up to people’s boats, jump in, and start sunning themselves!

Our destination was the Charles Darwin Research Center. It used to be home to Lonesome George, the last Pinta Island tortoise. Every island has a unique species of tortoise, but many have gone extinct due to hunting by the Spanish colonialists. Pirates who traveled these waters also hunted the tortoises, and it’s suspected that they moved tortoises from different islands to one or two islands, where they were more conveniently accessed. So, although each species of tortoise on the Galapagos has evolved uniquely over time to adapt to the environment on that island, there has been some mixing of genes after humans have come to the Galapagos.

The Charles Darwin Research Center has a tortoise breeding program which aims to reestablish the tortoise populations on the different islands. Although they mostly have tortoises for people to see, there are also some land iguanas.

As we were walking through town, we came upon a fish market. Behind the counter, there was a sea lion and several pelicans patiently waiting for scraps!

Next, we traveled to the island of Isabella, the largest island in the Galapagos. There, we saw marine iguanas, flamingos, and fiddler crabs. This particular species of crab is lopsided – one of its pincers is huge, while the other is really small!

Deeper in the forest, there was another tortoise breeding area, where we got to see a baby tortoise only a few days old that was smaller than my palm! (The ones pictured below are a couple years old.)

The next day, we climbed Volcan Sierra Negra to see the caldera. Isabella has 5 volcanos, each with its own species of tortoise. Since there was some sign of activity in the volcano, we couldn’t hike the trail along the caldera, unfortunately.

Back on Santa Cruz, we hiked into the forest to see giant tortoises in their natural habitat, and we also walked through a lava tube :)

I really enjoyed going to the Galapagos because I met people who I hadn’t previously talked to before and got closer to the people I knew. There was a wide variety of people in the class – there were biology and bioengineering majors, but also physics, geology, chemistry, and chemical engineering majors. I also enjoyed being able to interact with my professors outside of class in an informal manner (we all learned some Bollywood moves and danced to Jai Ho during the trip). One of my favorite parts was the waterproof field notebooks our professors gave us. We took notes as we were guided around the islands, and I made a lot of sketches of the landscape and the animals. I thought it was really fun and educational, and this way, I always have something to refer to when I think about what I saw in the Galapagos.

Two aspects of the trip I loved were the sunset and the stars. The sunsets were absolutely beautiful. I didn’t include any pictures because my camera can’t capture them properly, but the colors were perfect. And the stars – at night on theGalavan, we would sit on the deck and look at the Milky Way, with birds flying next to us to catch the draft. It was really awe inspiring and made me appreciate how lucky I am and how extraordinary the world is.