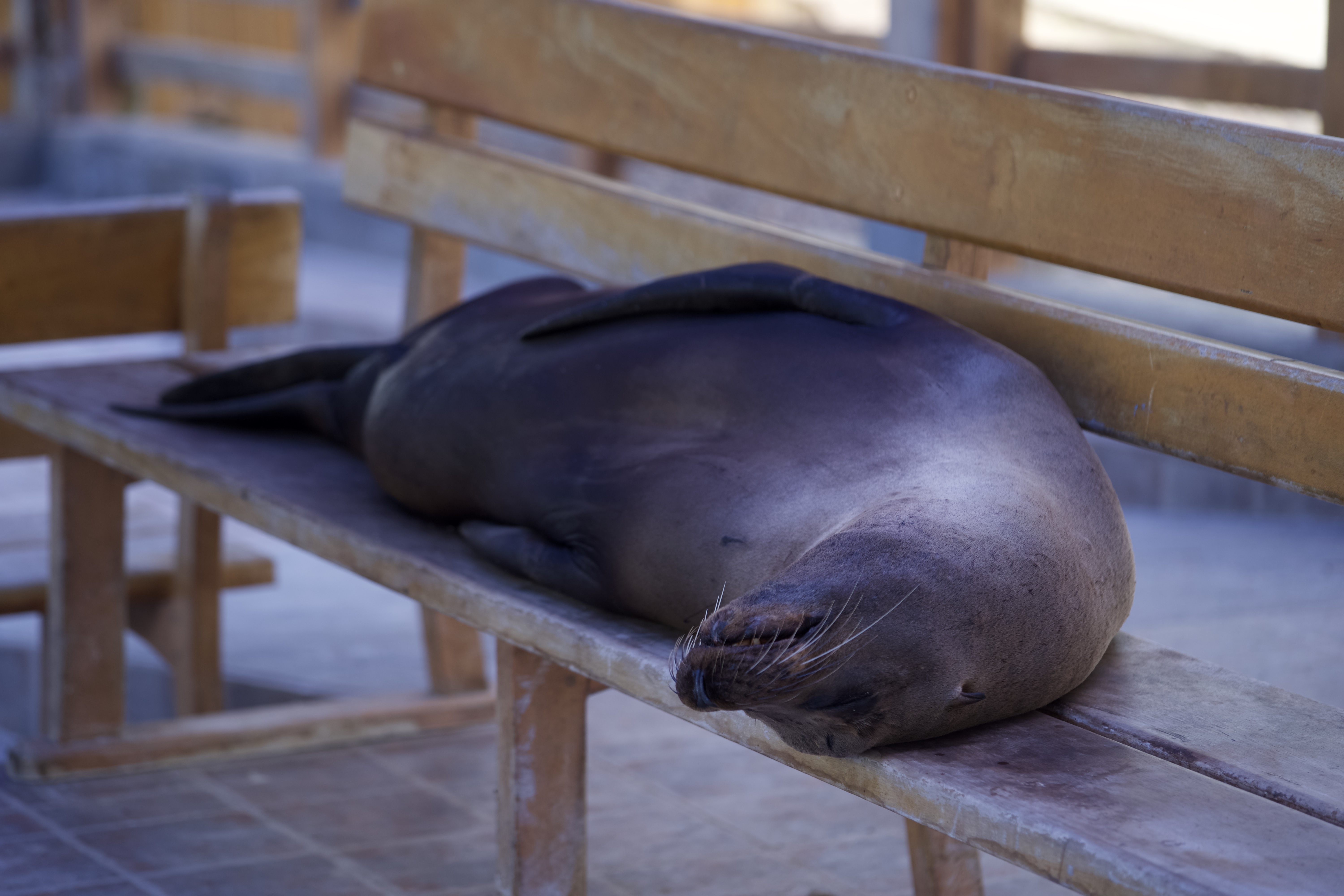 Going to the Galapagos for Class

As part of Bi/Ge/ESE 105 Evolution, everyone in the class (16 students and 2 professors) got to go on a trip to the Galapagos during Spring Break. We spent 8 days traveling, and since the Galapagos is a series of islands, we spent about half of the trip living on a boat, and half of it living on land. As for cost, we had to pay for the flights, but nothing else.

Right after we got off the plane and headed to the dock, we saw a sea lion just chilling on a bench. There was so much wildlife all around us already! We spotted marine iguanas, crabs, more sea lions in the water, various birds, fish, and more. It was stunning.

After getting on our boat, the Galavan, we were welcomed with refreshing freshly squeezed blackberry juice <3 The boat and its crew were so nice! There were about 10 crew members, and the service and the food were excellent. I felt so spoiled since there was dessert after every meal.

On the first day, we took small boats called Zodiacs to Black Turtle Cove. That was our first time getting up close to the animals. The animals aren’t afraid of people at all! Some are very curious and playful, like the sea lions, and others just watch you go by without any reaction. We saw pelicans, sea turtles, a baby white-tipped reef shark, blue-footed boobies, and lava herons.

Would you guess that this silly, unassuming blue footed booby is an amazing hunter? When it hunts, it dives from the sky like a bullet!

The next day, we went to the island of Genovesa, where we saw more boobies – but this time, they were red-footed and Nasca boobies. This was their nesting ground, so many birds had eggs or chicks to care for. It was amazing to see! There were hundreds and hundreds of birds on the small island, with nests just a few feet away from each other. Some nests were right on the trail, and it was like we were walking through a nature documentary.

The chick of the Nazca booby starts off small, but once it grows older, it’s so fluffy that it looks like it’s bigger than its mom!