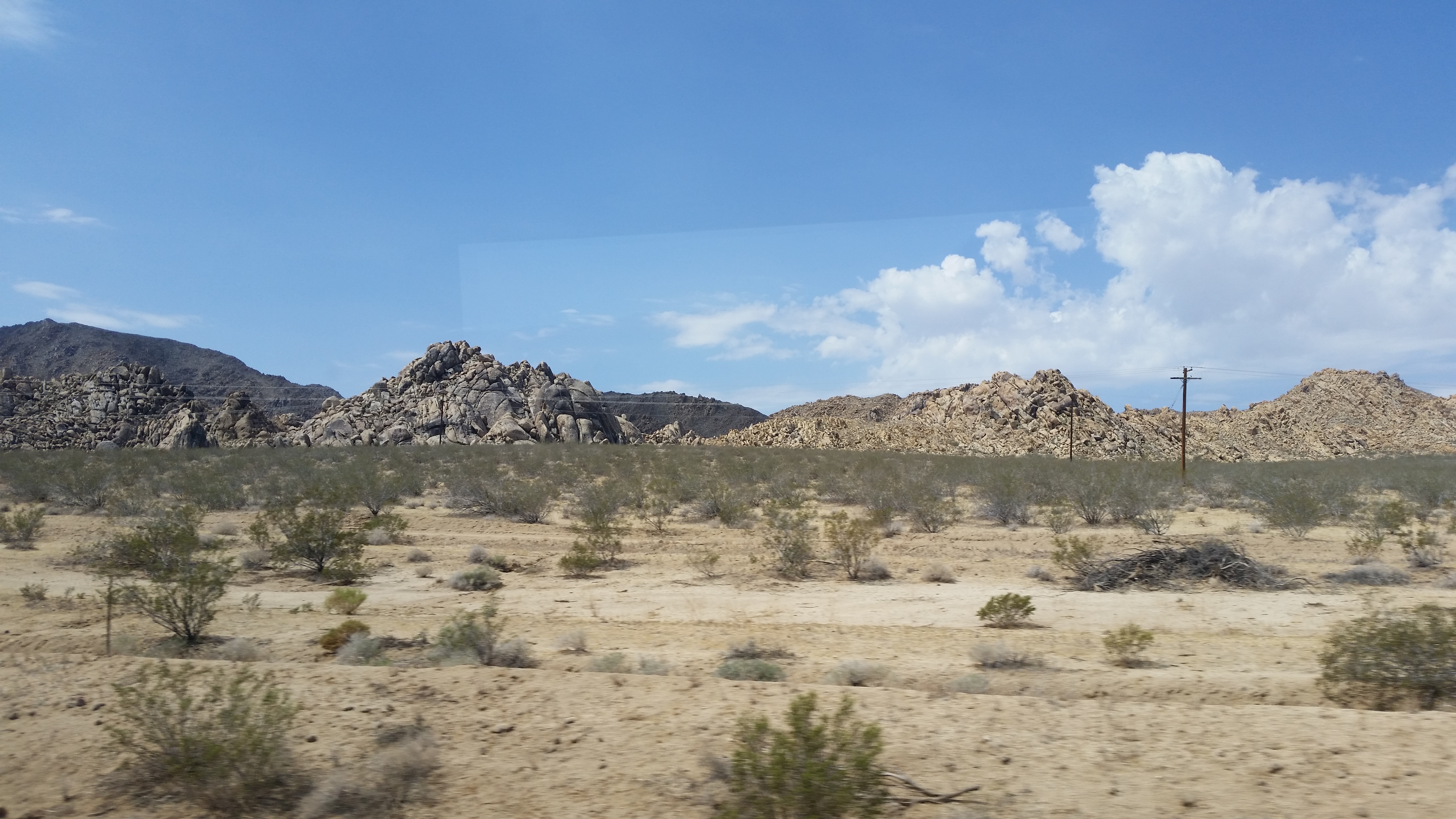 This will probably be a long post, but I’ll try my best to keep it concise! So we began with the 2.5 hour drive out the Goldstone Deep Space Communications Complex, where we were then thoroughly ID’d, as one would expect. Goldstone is this huge radio communications facility where we communicate with some of our most cutting edge sattelites, such as Cassini (at Saturn, was communicating when we were visiting) and Voyager[2]. We saw some curious rock formations on the way there, and had some debate on whether they were/could be natural (I hope the picture is good)

But yeah, Goldstone was such an incredible experience not because we got to see anything in particular, or that we even got to see many things, but because we stood face-to-face with the same antennae that made science history, the same communications centers that facilitate the 30 hour round trip communication with the Voyager spacecraft (yes, they’re really that far out now).In any case, my day did not end there, which it very well might have due to the five hour round-trip. Instead, I got home at 6 and immediately headed off with friends to a concert at the Hollywood Bowl! I’ve never been there before, and since there were discounts on Groupon I decided to steal an $18 dollar ticket and head on out. Below is a picture of the stage before the concert started (you might be able to see the Hollywood sign in the top right on the hills):