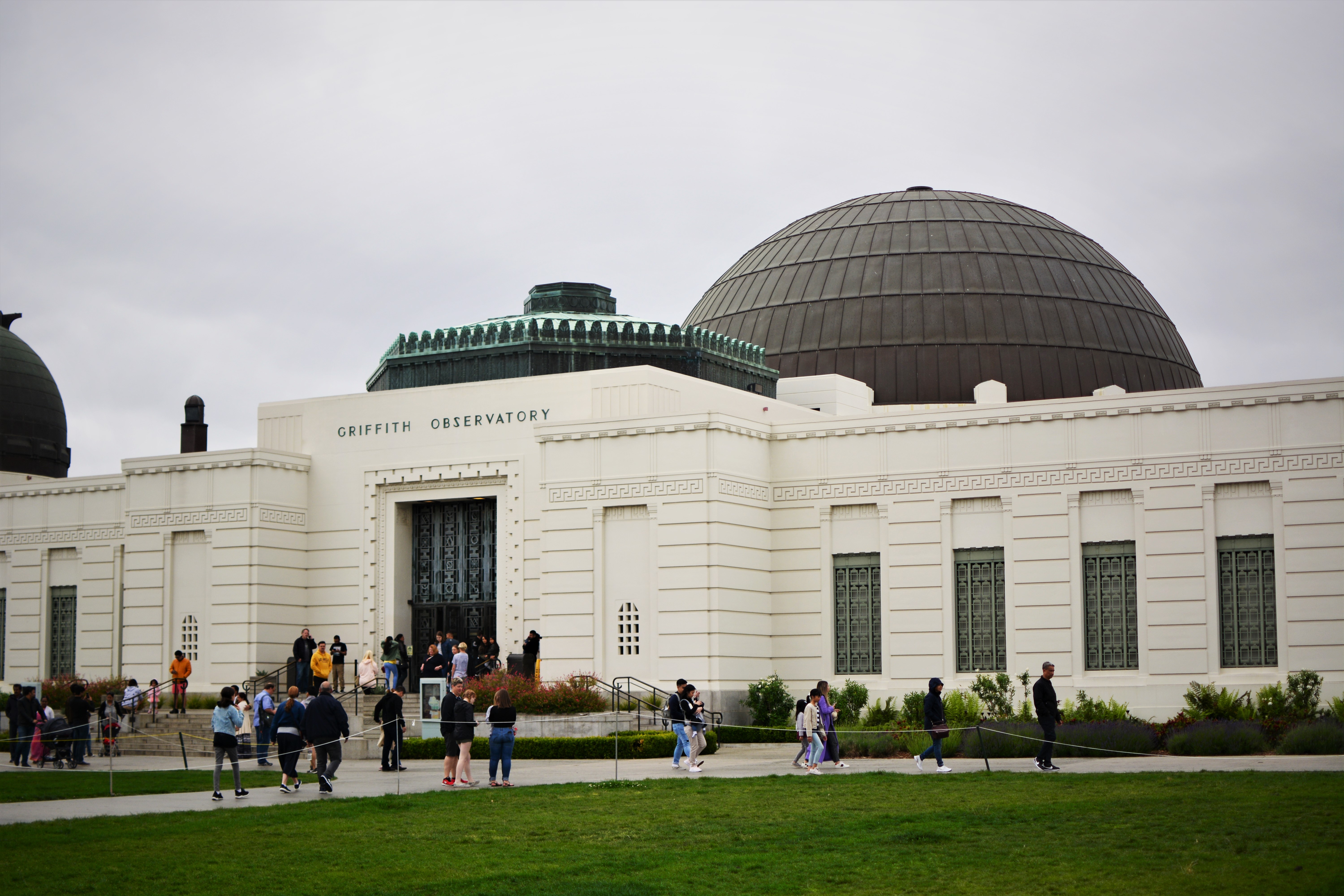 Greetings from La La Land! Actually, pretty much the top of La La Land. No, I didn’t make a trip out to Mt. Baldy; I did that last year and I suffered enough on that hike!

So long story short, one of my friends, Dave, is visiting from Colorado. He’s looking at moving out here some time next year (now pretty sure that he’s going to make the move) and so he figured tot come out for a few days and explore. I decided to use this as a wonderful excuse to do some touristy things that I hadn’t done in a fairly long time (or ever, in this case).

First up was a trip to the ever-famous Griffith Observatory, way out in West Hollywood. Actually, we started our day with dim sum, the best food ever, but we quickly made it out the world of touristy Los Angeles. This scenic location (featured in La La Land haha) is a beautiful building in the hills of L.A. Dave and I parked near the bottom of the hill and decided to go on a nice two-mile loop trail from the bottom up. It was actually a bit more strenuous than anticipated, but we made it up no issues. And at the top? Tons of people! I had no idea that the top of a hill would be one of the hit touristy destinations in the city, but there were tons of people from countries all over exploring, posing for photos, and generally, well, acting like tourists.

I was wonderfully surprised by the view – although it was an overcast day (actually, it rained for most of our hike up and down) the city and the skyline were clearly visible from where we were, as was the Hollywood sign. It’s very different to see the entirety of Los Angeles from the hills around it, somewhat breathtaking, and just a little bit removed.

Inside the observatory was cool. We didn’t stay long because it had started raining and we didn’t want to get poured on, however we were able to make our way through and see a few of the science exhibits set up, as well as the Foucault’s pendulum (pictured here, especially cool because this is one definitive way to disprove flat earthers).