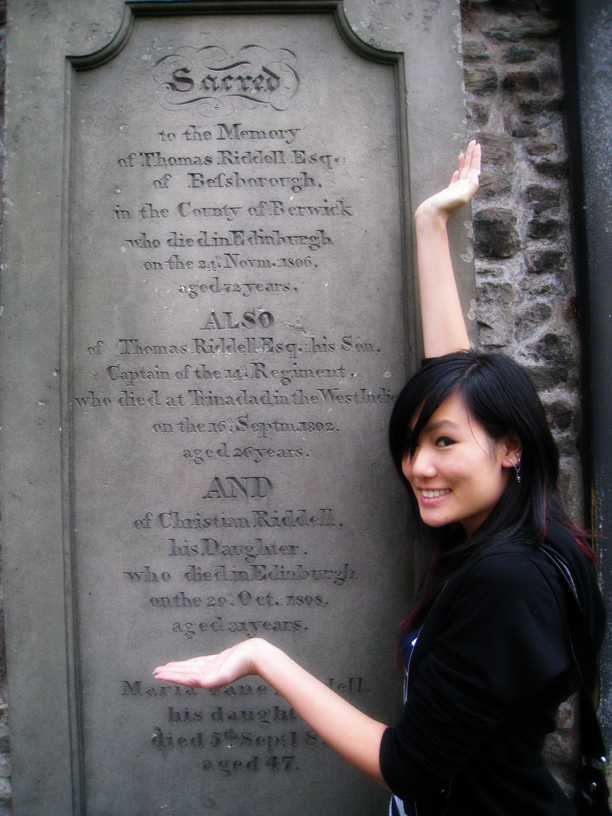 He Who Must Not Be Named

Between having to wake up 2 hours before my first class just to catch a bus there and freaking out over what’s going on with my course schedule this week, I was lucky enough that my Wednesdays are completely free. It’s struck me as really random at first, especially since almost all my friends also have Wednesdays off, but I see it now more as a nice little break in the middle of the week, so on this week’s “mini weekend”, my friends and I decided to do a little more exploring- this time, Harry Potter themed. Our first stop was the graveyard, Greyfriars Kirk. One of my friends read that Tom Riddle’s grave was here. I don’t mean like a fake tombstone made in honor of the Harry Potter series, but the burial place of the actual person whose name inspired JK Rowling when she was writing the books. The graveyard itself was absolutely beautiful, so we weren’t in a huge rush to find it, but eventually while scanning through all the names, I finally found it!