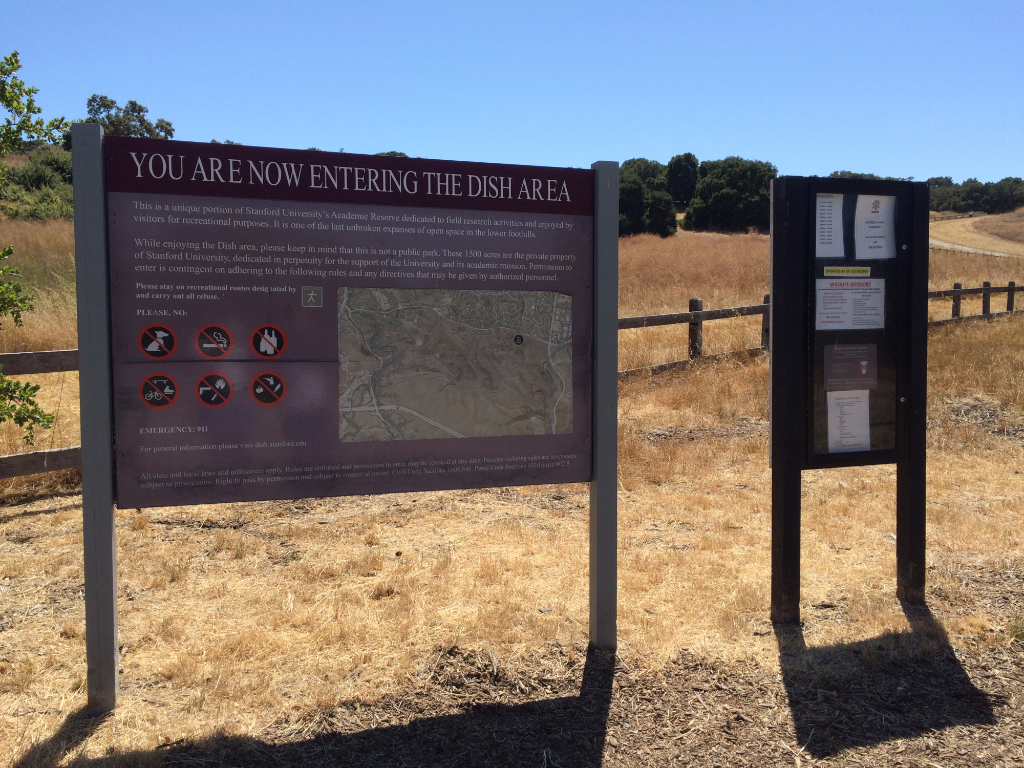 This Saturday, I hiked the Stanford Dish Loop Trail. The trail is 3.65 miles long, making it perfect for a leisurely hike. It also has great views of the valley!

On the trail, there are two large radio telescopes. The larger one, known as The Dish, is 46 meters in diameter and was originally used to study the atmosphere. Later, the dish was communicate with spacecrafts, including the NASA Voyager crafts. Now, they are still used to communicate with satellites and are actively used for radio astronomy – I learned that these dishes can actually detect radio waves from the Big Bang, which is crazy!

Here we are! Afterwards, we hung out at Stanford for a bit, grabbed some Jamba Juice, then went for a yummy dinner of Korean food with other interns in the Bay Area!