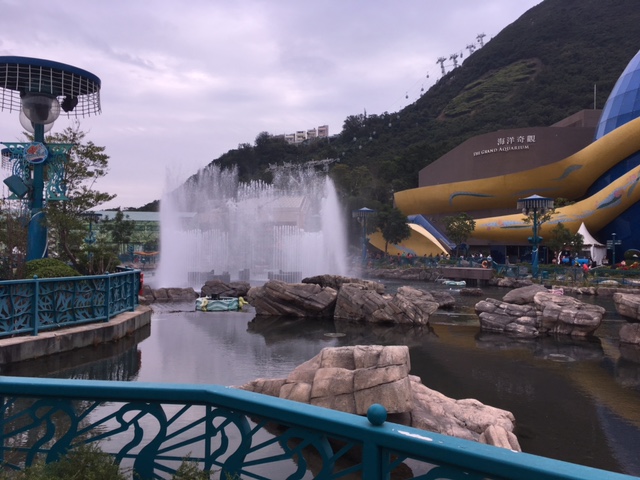 Hong Kong is a really pretty city. It doesn’t feel very different from many other American or European cities, mainly because it is so young (only a couple hundred years). In addition, it is mostly the city itself that is an attraction. There are a few temples that are nearby, but they are actually very young, with their relics being from the 20th century for the most part. Instead, I saw a lot of ads for the Asian gambling capital, Macau. Although we didn’t go, I’ve heard that it’s very much like Las Vegas, with a lot more shopping, like Hong Kong.

Instead, we went to Victoria Peak and Ocean Park, two places from which one can get a great view of Hong Kong, including its surrounding islands. While Victoria Peak is a large and well known tourist attraction, Ocean Park is actually a zoo, an aquarium, and an amusement park all in one. They have many animals and quite a few rides for visitors. They also have pandas, which my family spent quite a bit of time looking at. They are cute, lazy creatures, really amusing. The most interesting part of the park is that all of the rides are actually on top of a mountain in Aberdeen (which is a city on the other side of Hong Kong Island).