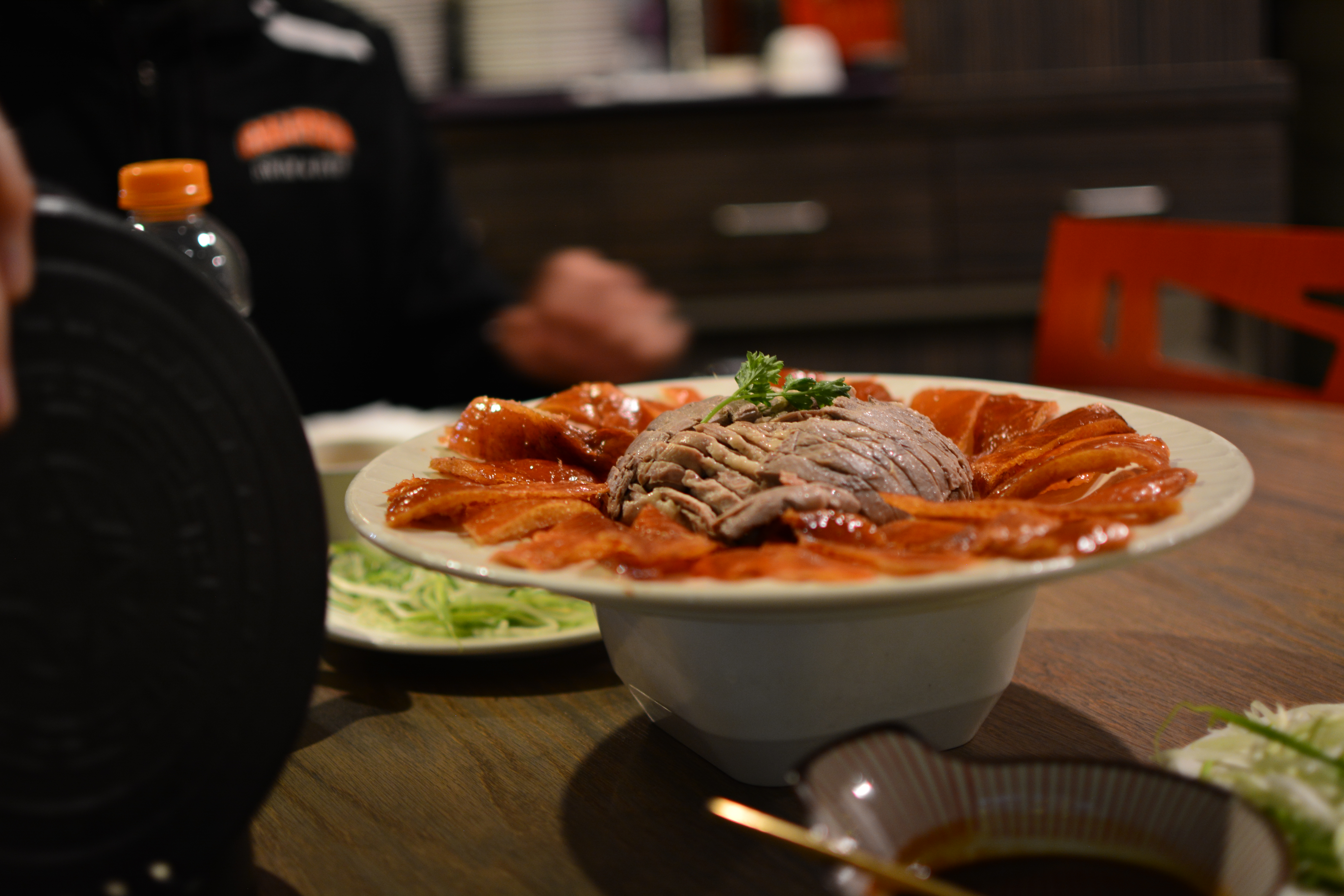 How much food can one boy eat?

A lot. That’s the honest and unabridged answer. I went on a food tour this Sunday night with our director of student activities, Tom Mannion. Tom has made it into a few posts before so I’m not going to dawdle on that too much, but basically, he’s the best and he took us on an Asian food of SGV tour.

We started the evening at Duck House, a mildly fancy, unassuming restaurant a few miles SW of campus. It is called Duck House, so of course we ordered Peking Duck. It was the best duck I’d had outside of Beijing. The skin was melt-in-your-mouth, the meat was tender and trimmed around the bone. It was perfect. We also got an eel and rice dish which was good (but not as good as the duck). And they had great tea. Never forget the tea.

The next stop was Beijing Pie House. They served a pie which was essentially a very large dumpling. We had two lamb filled, beef and onion, and a house special. In addition, we had a pancake – two scallion pancakes filled with beef. The food was very good too. Left me craving Hui Tou Xiang ‘s xiaolongbao though. Their tea was also good. But not as good as the tea at Duck House.

After that we took a boba pit-stop at Bubble Crush. It had good reviews but was honestly disappointing. Their boba had been sitting for far too long, had no flavor to it, and was paired with some equally disappointing drinks. I ordered a jasmine milk tea (like I always do when I try a new boba place) and was taken aback by the tannin fueled bitterness that overpowered any subtle hints that the tea would otherwise have. Still better than most boba in Denver but it’s a solid 7.5.

After stopping somewhere else to pick up frozen dumplings for Tom’s cooking class during the week we continued to the final stop: Cookies & Cream. This is a cute little ice cream store. They have lots of fun flavors and specialty cookies which melt in your mouth. I grabbed some afogado (which funny enough we had been discussing at Thanksgiving on Thursday) with a nutty cookie underneath. It was delicious and kept me awake enough to do my physics homework that night.

Thus, concluded the tour of food. Can’t wait for next time.

Remember, it’s scientifically proven. There is **always **room for dessert.