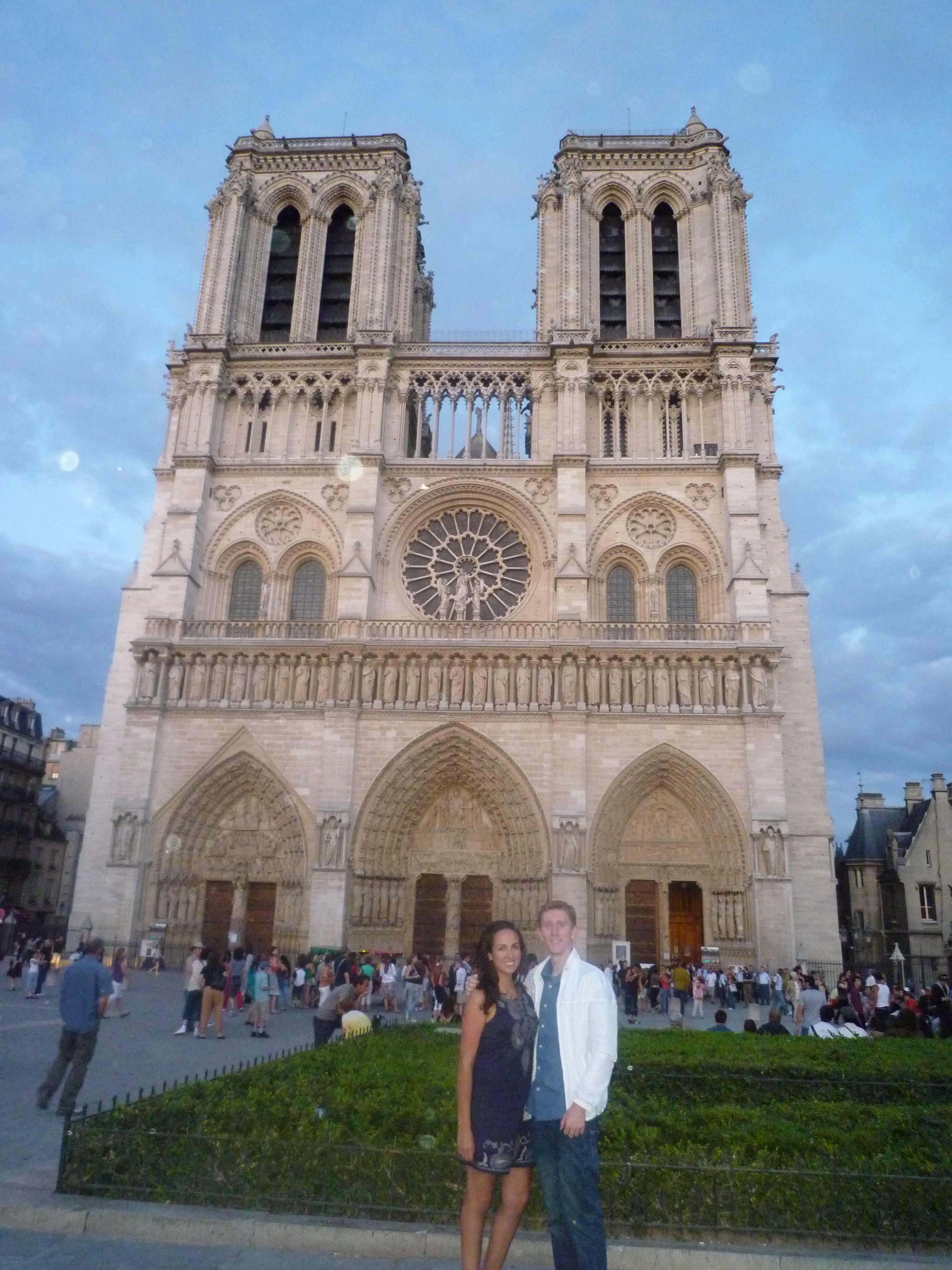 I LEFT PARIS... and went to Bethune, then Lille. AWESOME

I am writing you from a small town in the NE corner of France :D I’ll start from where I left off though!

We missed the last metro so we took the Noctilien bus back to Palaiseau where two younger guys helped us find our way back to Ecole Polytechnique. And then I spent my second night in a row on the floor because there was no way I’d let Marissa do that, her being my guest and all!

The next day I worked on my project again and found a great paper (by my mentor :D that explicitly gives the velocity field which I must substitute into the level set equation and then solve in the context of optimizing an elastic structure’s compliance :) I’ll explain it better a little later :D The paper is here tho…

And then Friday it was off to Bethune to visit an old friend from high school! Her name is Sarah Castelain and as part of Bethune’s Rotary Exchange Program, she spent a bit more than a year at my high school and while there even ran cross country and track! Trop cool, n’est-ce pas?

Anyway so I got to Bethune in the late afternoon on Friday (it’s a little more than an hour train ride from Paris), but she wasn’t going to get home from her job in Lille (an hour’s drive a way, where she attends a university and works during the week at a hospital as a physical therapy intern) until later, so while I waited I got some flowers for her and her family in appreciation of their hospitality. Turns out her mom and dad were vacationing in the mountains this weekend and her other brothers were elsewhere, so when she finally arrived at the house, it was just us. And geez were we starving :D

So we went to Auchan, the most beautiful place ever. I definitely took Costco for granted while back in the US; I mean I never realized how amazing it is that us Americans could get so much food for such great prices etc etc. Well in France there is no Costco, but there is Auchan! And they’re amazing; tons of selection, along with good, plentiful, affordable supplies of food. I love to eat so this place was basically heaven :D

Anyway, we bought some stuff for dinner that night and even a few things for me to eat for lunch the next day (I’ll explain soon why I never ended up eating them ). After we got back to the house, we realized that we wanted to watch Harry Potter 6 at the local cinema, but if we did it we had to rush big time… Well we had a problem: we had bought all the ingredients for a quiche except for the most key part: the crust! But NOT TO WORRY :D we used a pie crust that Sarah already had in the fridge! The quiche we made was uber-yummo: we had two cheeses: one that is similar to gruyere and the other was goat cheese :D Then we put a seasoned tomato sauce on the bottom, mixed the eggs with sour cream and voi-freaking-la: A SCRUMPTIOUS quiche.

And then for aperitifs (appetizer, but fyi also a word for cocktail, don’t know why :P we had some bread with this delicious tomato sauce that is very popular in the southern part of France. It tasted a bit like pizza sauce and was delicious! Oh something else exciting: Sarah also has a frier! (Note to self: self, get a frier) It was awesome; she could put fries in this thing and BAM the next moment it’s like we’re chowing down on delicious fries from MacDo (how the French say McDonanalds) except it was in the delicious comfort of our home :D

Well we didn’t have time for dessert because we had to head out to HP6 :D I was expecting the English version when we arrived and just assumed there’d be French subtitles… WRONG. It was completely dubbed in French so I maybe understood about half of what was going on. Thankfully however, I’ve read that series several times through, so I knew (from a global perspective) what was up for the most part ^_^

When we got back we had some delicious pistachio ice cream (awesome) and then hit the hay :D

So the next day Sarah had to work :( BOO… And we thought that her bro, Jean (pronounced “John” with a light “n”) would have to work as well. BOO :( So I was all prepared to wake up late, eat a bit of breakfast, and head out on the town (all alone) to get to know Bethune a little better. Well, when I woke up I was pleasantly surprised (after just meeting Jean) to learn that he didn’t have to go to work until much later. Well he made a phone call to his girlfriend and planned on going over to her place to have lunch. Talk about hooking a brother up, I somehow got invited to this meal!!! How funny was this tho; I had just met Jean, and here his girlfriend’s family was inviting me over to have lunch. See, French people are just way friendly.

My breakfast by the way consisted of sweetbread and nutella and this delicious drink that is really popular in France; it’s basically concentrated juice to which you just add water, and fyi the grenadine flavor is tasty! So Jean (super friendly and not nearly as shy as Sarah said he was) and I walked to his gf’s house which was about 10 minutes away (other side of town lol). We got there and I met the whole family. They not only brought out drinks, snacks, etc but they also prepared an extensive lunch that consisted of a delicious mix of chilly vegetables (crudites), pasta salad, yummo potatoes, tasty chicken, a camembert cheese plate (the dad, Frederic, loved camembert; me too btw ^_^), and then finally a delicious apple pie with creme whose flavor matched it perfectly… all followed by coffee for everyone of course.

They were all super friendly/nice, smart, fun to talk to, and they were really polite about my French. I ended up taking a photo of everyone to remember them :D

From the left: Me (Anton :D, then Jean next to his gf Maurine on the couch, then behind them were the two other daughters Celia et Barbara, and then the mom is Laurence, the dad Frederic and the son Robin. The family name is Rimetz (pronounced Ree-may) and they’re from a mix of European countries but in the end consider themselves francais, bien sur :)

So strangely enough we found a woman dressed up as Marie-Antoinette. For some reason in France, after women get married they do goofy things (in French: elles font des betises) and one of these goofy things that this women did was dress up as M-A and dance with strangers, and photos were taken (I have one of Jean and then one of me :)

Coming up: the rest of my afternoon/evening, how I bought my ticket to get here in the first place, amongst other AWESOME THINGS

Hope everyone is well!