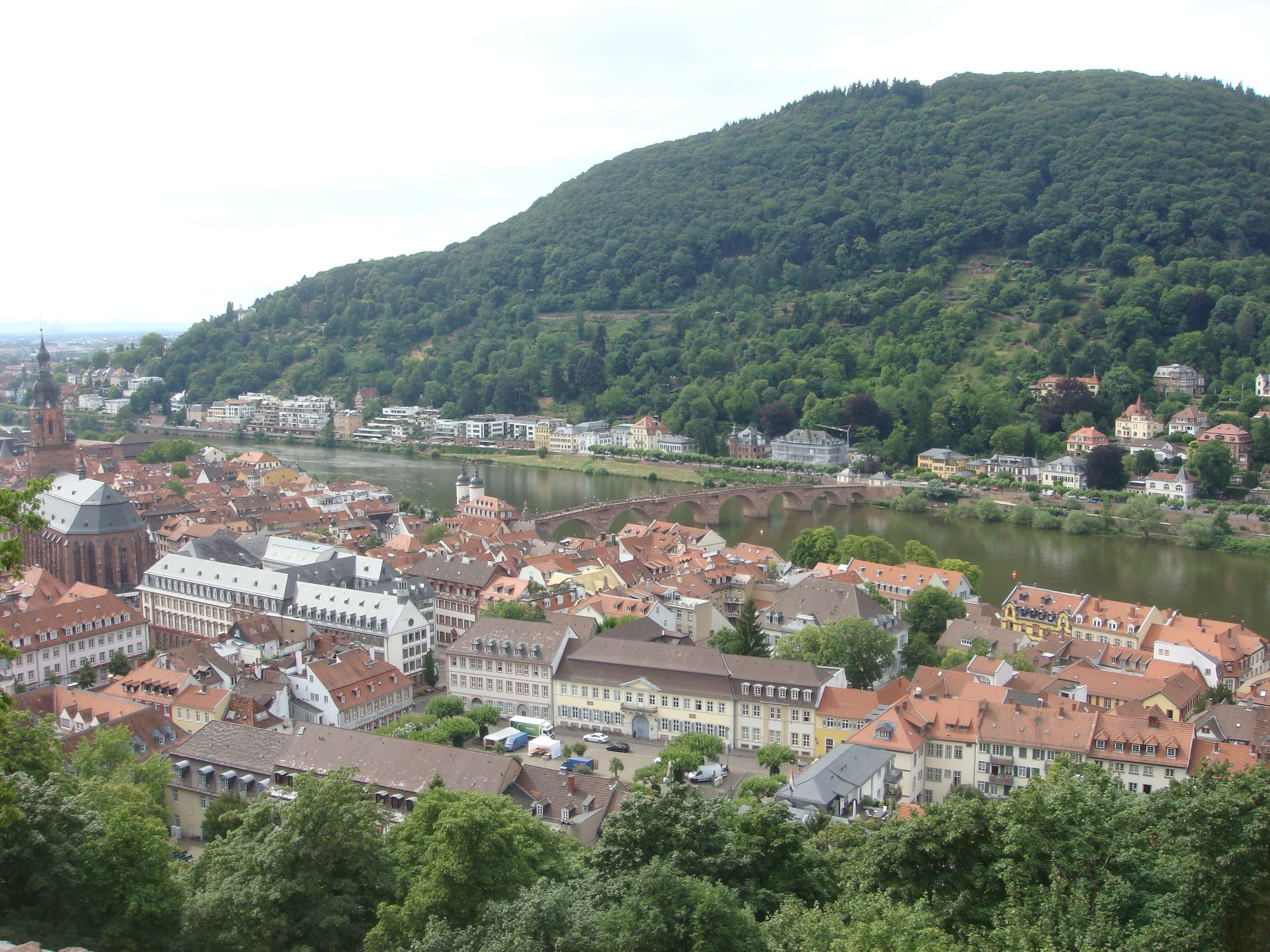 I lost my heart in Heidelberg

Or in the original German: “Ich hab mein Herz in Heidelberg verloren.” A 1925 song composed by Fred Raymond, and now the theme song of the city of Heidelberg. The title is entirely justified, in my opinion.

This could be your backyard view! (note: if you live in the castle) For the last few days, I was in Heidelberg for part of my summer program. This year is the 10th anniversary of the DAAD-RISE program, and all of the program participants gathered in Heidelberg for travel, free food, and the exciting experience of finally hearing native English in a foreign country (there was an agenda as well, but where's the fun in that?). From all over Germany, we flocked to hear university representatives try to persuade us to go to Germany for a PhD program, while after the scheduled events the DAAD people fed us amazing food and let us go on tours and the like. One of the nights, we all gathered to watch the Germany vs. France game on a giant projector screen - that was absolutely insane. The city of Heidelberg itself is very picturesque. The University of Heidelberg, one of the main features of the city, takes the prize as being the oldest college in Germany, established in the 1300s or so. There's also a ruined castle (ruination courtesy of the French) and a bustling city square. The whole place isn't very large, and is completely walkable. Camera in hand, I played the part of a tourist to a tee - and with a city as beautiful as Heidelberg, I didn't feel guilty at all!
Ironically, I visited Heidelberg before I even got to visit Munich proper, due to my late start in the program. One of the highlights of the trip was walking around on a Sunday morning (and by the way, almost everything in Germany is closed on Sunday, so everywhere feels like a ghost town) and hearing church bells ringing around the city. I'd never heard real, massive bells ringing from a centuries-old church before, so the entire experience was glorious.
My view from the train. I also took the Deutsche Bahn on my way back to Munich, although as tired as I was, the return trip was markedly less exciting. After that, it's back to work for another week, until the next adventure...
Here's an obligatory selfie to conclude.