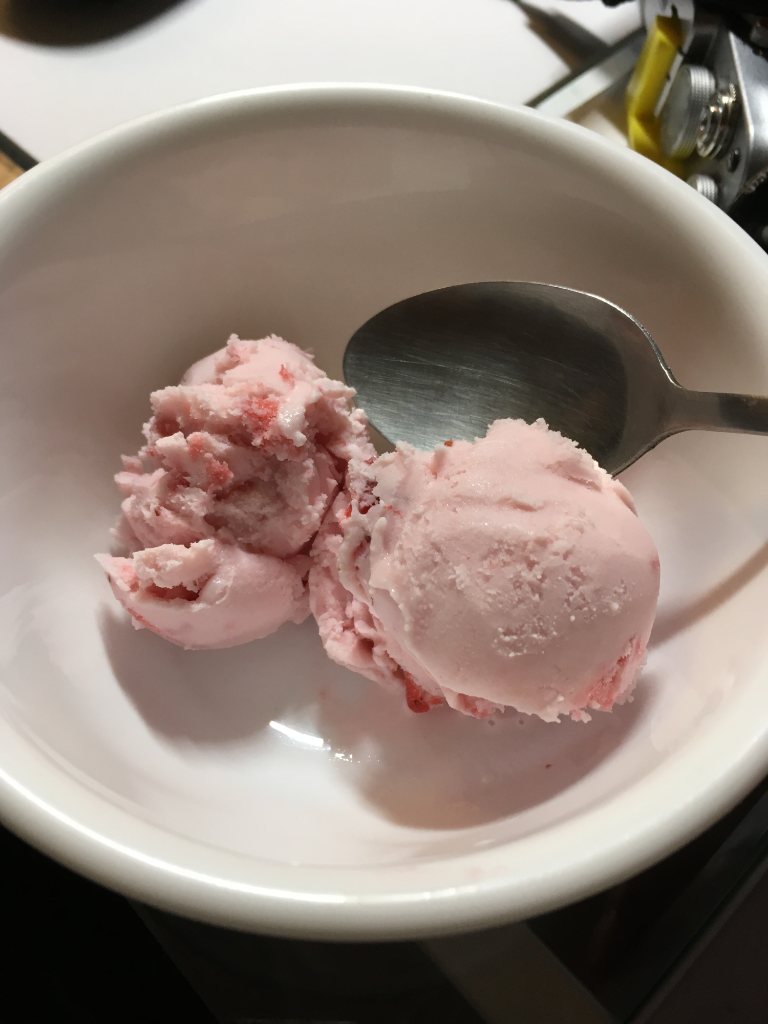 An overview of the ice cream places around LA, continued :) Salt & Straw Salt & Straw is in the Arts District in LA, and I believe their salty flavors are what they are famous for. I haven’t been there in a while, since I think their ice cream doesn’t really suit my taste. I once had their strawberry ice cream with smorgasbord coffee ice cream, which was a very good combination, but the second time I went, they didn’t really have any flavors I liked. I know a couple people who think Salt & Straw is the best ice cream place in LA, so it’s definitely worth giving a shot.

McConnell’s For those of you who’ve read my other posts, you know that I go to McConnell’s a lot. Their classic flavor is the Santa Barbara Strawberry, and it has actual frozen strawberry chunks in it, and tastes amazing. Their dark chocolate nibs flavor is also very good, as well as their coffee flavors. They also have flavors like earl grey, lemon & marionberries, and more, and I feel like all of their ice cream flavors are good :P We even bought a pint of the strawberry to eat at home.

Scoops is in LA and feels super retro and cute. I think all of their flavors are very good. It was actually featured in one of Buzzfeed’s #WorthIt videos. They change their flavors every day, except for one: brown bread. It sounds a bit weird, but it’s actually very good. There are small crispy chunks inside the ice cream on a vanilla base. Scoops was the first ice cream shop I went to after coming back from Cambridge, and it became my favorite ice cream shop right after. Now I’m not sure between here and Scoops…but McConnell’s probably still wins.